“I am, however, very interested in the Kinder Morgan pipeline, the Trans Mountain pipeline that is making its way through. I certainly hope that we’re going to be able to get that pipeline approved.” – Liberal leader Justin Trudeau, January 2014

While many will be shocked and appalled, a more dispassionate look at Kinder Morgan’s proposal to twin the existing pipeline and triple its capacity to 890,000 barrels of oil a day shipped to Burnaby and out of the port of Vancouver shows it will definitely proceed.

The reasons are many, the rationale clear. The only question is how well the federal Liberal government will be able to communicate its decision and weather the storm of protest that is sure to follow.

First – Trudeau has long been supportive of the Kinder Morgan plan, as evidenced by his quote when opposition leader in 2014.

But now, with Alberta reeling from the dramatic drop in oil prices – and the damaging impact that’s had on Canada’s economy – the Liberals are under far more pressure to get that province’s oil sands bitumen to tidewater for sale to Asia.

And as the Liberals contemplate a $29.4-billion budget deficit this coming year and a total of $118.6 billion over six years, any project that invests $6.8 billion, creates thousands of jobs, and helps get an important natural resource to markets at a better price can’t be rejected.

That message is coming through loud and clear from Trudeau and his ministers this year.

“The choice between pipelines and wind turbines is a false one. We need both to reach our goal, and as we continue to ensure there is a market for our natural resources, our deepening commitment to a cleaner future will be a valuable advantage,” Trudeau told the Globe 2016 conference in Vancouver in March.

And federal Natural Resources Minister Jim Carr is equally blunt to those who listen.

“While it’s exciting to think about the clean energy, low-carbon economy of the future, we’re not there yet. Even in light of the Paris Agreement, even as the world continues the transition to renewable sources of energy, the demand for fossil fuels will actually increase for decades to come,” Carr said in August to an energy and mines ministers’ conference in Winnipeg.

“Our challenge – as ministers, as Canadians – is to build the infrastructure and to get our resources to global markets and use the revenues to fund Canada’s transition to cleaner forms of energy, to leverage the minerals and fossil fuel resources we have today to deliver clean energy tomorrow,” Carr explained.

That won’t sit well with environmentalists who have been drinking Champagne since Trudeau’s Liberals defeated the hated Stephen Harper Conservatives and began reversing Tory policies like muzzling scientists and cutting program funding, and then effectively killing the Enbridge Northern Gateway pipeline proposal.

The National Energy Board has approved the Trans Mountain pipeline expansion with 157 conditions in a much-maligned process that began under Harper and prompted Trudeau to appoint a three-person panel to gather more community input this summer.

Carr has defended that panel’s hearings, which took place in Vancouver last month.

“If you follow the right process then most Canadians will say ‘I’ve had a chance to be heard,”’ Carr said, while adding the obvious warning that it’s not possible to “please everyone in these decisions.” 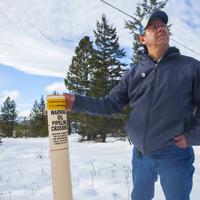 'Pennies for Billions': Aboriginals Fight Near Giveaway of Pipeline Rights in 1952

That leaves Trudeau’s cabinet to decide by December 19.

Could the Liberals still reject Kinder Morgan and overturn the NEB decision? Technically yes, but practically no.

The Liberals will point to their “balanced” approach on the environment compared to the Conservatives and spend some political capital on Kinder Morgan, betting that after the initial fury dies down, they will not pay a high price.

The next election is not until 2019 and likely to be fought over other issues, even in Metro Vancouver.

The Liberals also know that the change is not as dramatic as opponents portray. The current Kinder Morgan pipeline fills five tankers a month that sail out of Burnaby through Vancouver’s waters – the expansion would increase that number to 34. To date, there has never been a marine accident since the existing pipeline opened in 1953.

And Premier Christy Clark’s BC Liberal government – which said any pipeline through the province had to meet its five conditions – will likely agree with Trudeau that they have been met. 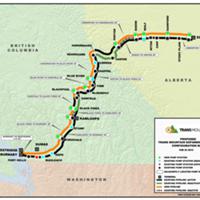 There is also a potential element of hypocrisy in pipeline opposition here, because one-third of the oil shipped through it now goes to fuel B.C. vehicles’ gas and diesel.

Another reason Kinder Morgan will proceed is that Alberta NDP Premier Rachel Notley is also pressuring the federal government to approve the pipeline to aid the province’s ailing oil and gas industry.

“Frankly, if I was in the federal government, I would not shut down any of my options until I knew I had one option that’s successful. But that’s me,” Notley said in July after Enbridge lost a court case over First Nations’ consultation. “I think that Kinder Morgan tends to be the most obvious choice, but even that is not without its challenges... We just can’t dither on this for a lot longer.”

Nor can the federal Liberals dither – because the oil industry and the ability to export one of Canada’s most important products are too important to the national economy to ignore.

The Kinder Morgan decision will make some unhappy, but given all the evidence, it really shouldn’t come as a big surprise.