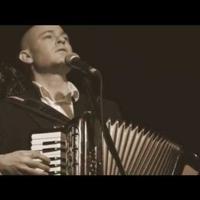 With Railway Club Gone, a Lament for Vancouver's Vanishing Venues

Tragically Hip fans had almost no chance to get Vancouver or Victoria tickets for the iconic band's farewell tour -- because the ticketing, reselling and concert industry doesn't blow at high dough.

So seconds after 10 a.m. on Friday, no matter how fast your fingers, you and I were shut out of buying tickets by a combination of industry greed, insider trading, scalper robots and governments that couldn't give a rat's ass about fans.

Call it a fully, completely ticket rip for those who love the Tragically Hip and lead singer Gord Downie, sadly suffering from brain cancer.

Almost the whole predictable story can be explained by former insiders who have exposed the ticketing Wizard of Oz tricks that make it possible time after time. (Remember the instantly sold out Paul McCartney show earlier this year?)

Fortunately, all this could be avoided with a few simple steps.

Unfortunately, ticketing and reselling businesses, promoters and, yes, even the bands in some cases, don't want to change a thing -- because they make millions more gouging fans who never have a chance to buy a ticket at face value.

"A detailed report issued by my office in January finally pulled back the curtain on the ticketing industry, exposing a troubling network of middlemen -- brokers, ticket vendors and more -- who use any means they can, both legal and illegal, to jack up the price of tickets and squeeze money out of fans," Schneiderman wrote in the New York Post.

'A fan's guide to why you're totally screwed'

And former Ticketmaster CEO Nathan Hubbard spilled the depressing beans in a stunning article this month titled "Why You Can't Get a Ticket to the NBA Finals... and every other major event on the planet. This is a fan's guide to why you're totally screwed."

The articles reveal how fans are shut out.

Most tickets are never even available to the public.

Schneiderman found that on average less than half of concert tickets go on sale to regular fans, and for big concerts by stars like Katy Perry as few as 12 per cent of seats are available.

Instead, the tickets are reserved for promoters, venues, band managers, record labels and the artists themselves.

And they then offer them to resellers like StubHub, which is owned by eBay, and Tickets Now, which coincidentally is now owned by Ticketmaster!

That's why resellers are offering tickets mere seconds after a concert is declared sold out and online sales are halted.

It gets worse. There are also "fan club" and other pre-sales -- something the Tragically Hip offered before general sales. And guess what? Most fan club members were shut out too.

That's generally because, according to Schneiderman's report, the same limited number of tickets are offered in advance to credit card companies who use them as rewards, social media websites, specialty shopping sites and others. Ticket brokers use fake names to sign up as fan club members and get early access.

And then there are the bots.

As Hubbard explains, brokers use robot software programs to buy massive numbers of tickets in seconds.

The bots are stunningly effective. Schneiderman's investigation found that just one bot was able to buy 1,012 U2 tickets in one minute for the band's Madison Square Garden concert last year!

And even when bands like Pearl Jam try to stop the reselling and keep ticket prices low they are unsuccessful, the New York investigation found, with a bot buying a ticket and selling it for 13 times face value.

Bands cash in on ticket profiteering

Hubbard, Ticketmaster CEO from 2010 to 2013, says bands are deceiving their fans and the public by hiding the fact that they are being paid off through inflated reseller tickets.

"The biggest artists sign contracts that guarantee them money every time they step on the stage, and that guaranteed amount is usually more than 100 per cent of the revenue if every ticket is sold at face value," Hubbard wrote in The Ringer.

"Which means that if every ticket in the venue 'sells out' at the face value printed on the ticket, that wouldn't be enough to pay the artist what they are contractually guaranteed by the promoter for the performance."

Since promoters aren't in the charity business, they need to take in enough money to pay the band, cover expenses and make a profit.

So how do they solve the problem?

"By selling some of the best seats directly in the secondary market, so that artists don't get flack from you for pricing them high right out of the gate. That means the artist is either directly complicit, or that the artist is taking a massive check for the performance while looking the other way," Hubbard wrote. "Goddammit, right?"

So first most of the good tickets are removed through pre-sales to various industry stakeholders and then the leftovers go to the public? Err, no.

The bots sweep in to grab the remaining tickets the public foolishly think they have a shot at.

Three simple changes to give fans a chance at tickets

But here they are:

How many tickets were pre-sold for Tragically Hip concert dates and to which lists in addition to the fan club?

How many tickets actually went on sale to the general public on Friday at 10 a.m. local time?

Ticketmaster said buyers were limited to four tickets and that people who bought more could have their orders cancelled. The limit could apply to "orders associated with the same name, e-mail address, billing address, credit card number or other information," the company said. But was the limit enforced? Did it apply to all buyers? What about multiple orders from the same IP address?

Did the Tragically Hip, its managers, agent or other band-linked individuals and businesses get pre-sale tickets, and if so how many? How were they sold and at what pricing?

What steps did Ticketmaster, the Tragically Hip, promoters, venues and others take to prevent ticket buying bots from scooping up huge numbers of tickets?

What faith can Tragically Hip fans have that their fan club is made up of real people and not ticket resellers with false names and addresses who were able to buy up pre-sale fan club tickets? What security measures were in place?

There are lots more questions one could pose, but you get a pretty good idea why answers are unlikely -- or why the situation won't change without government action.

Hubbard sums up the ticket buying situation for fans: "This shouldn't be a zero-sum game, but it is. And you already lost."

But there are simple solutions to give fans a fair shot at tickets for concerts or big sports events, he says:

"First, artists and teams could price the ticket at its actual worth in the open market. This leads to higher prices, but at least the money goes to the artist or team we love.

"Second, artists and teams can use technology to restrict the transferability of a ticket, making it impossible for it to be bought and resold. This technology, commonly called paperless ticketing, requires that the credit card used to purchase the ticket be swiped upon entry to the venue.

"Third, artists and teams can use technology to design a screening system that gets below-market-priced tickets directly to passionate fans who will use them."

Schneiderman says New York is taking steps to "make it unlawful for ticket brokers to knowingly resell tickets that were purchased using bots, and make using a bot to buy tickets a misdemeanour for the first offense and a felony for additional offenses."

All that's lacking here in Canada is political will. But no province seems to be interested, and the industry would fight hard to keep the existing profitable system going.

But with one last poignant chance to see Downie singing some of Canada's greatest rock songs already gone for those without high dough, the ticketing scams are truly tragic.