At the corner of Main and Hastings in Vancouver's poorest yet fast changing neighbourhood stands the city's former police headquarters, empty since 2010. What should be the next life for the building has been the subject of brainstorming, debate and protest in recent years. 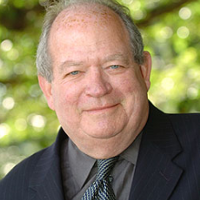 A Last Conversation with Jim Green

The outcome now taking shape -- what is officially called 312 Main: Vancouver's Social and Economic Innovation Centre -- represents something of a compromise between the desires of city hall, which wanted purely a tech incubator, and the social justice driven vision of Bob Williams and his allies at VanCity credit union, where Williams was until very recently a board member, and the Jim Green Foundation, which Williams chairs.

In a bit I'll talk about why I think this Innovation Centre will be a positive breakthrough for Vancouver, but first a few words about Bob Williams as catalyst for change.

As a social geographer, I'm particularly interested in people who go against prevailing trends and are able to shift in significant ways the social climate and even the physical geography of a city. Vancouver examples include those who fought against "urban renewal" in Strathcona which, had it proceeded, would have seen the demolition of the entire neighbourhood. Or anti-freeway activists who forced a halt to a plan to run a freeway through Grandview-Woodlands, Strathcona, and Gastown, making Vancouver the only major city in North America without a downtown freeway, and leading to a major shift in political culture at city hall.

Bob Williams -- former city councillor, MLA and cabinet minister in the Dave Barrett government, and a major force at VanCity Credit Union for over 30 years -- is one such individual. Indeed, he has had a big impact on the province as a whole, but that's a story for another time.

The Innovation Centre that Williams, at 83, is spearheading is modelled on the Social Innovation Centre in Toronto. Vancouver's 100,000-square-foot derelict cop shop, built in 1953, is still owned by the city, and its conversion is officially a partnership between VanCity and the City of Vancouver, with support from Simon Fraser University's Office of Community Engagement. Once the renovations are complete, the centre will be the largest of its kind in Canada.

As the project prospectus states, "312 Main was Vancouver's former Police Department Headquarters. Although much good work was carried out by Vancouver Police, this building is a flashpoint in the neighbourhood's struggle for a more compassionate and just society." The project aims to contribute to healing including, as Williams notes, in relation to the disappearance of dozens of local women.

That aim is partly why Williams pushed back against the Vancouver Economic Commission's original intent for 312 Main. The idea of placing a high tech complex in the heart of the Downtown Eastside, Williams says, "showed a lack of sympathy or understanding for the neighbourhood." There will be some tech startups occurring in the building, but much of it will be community-serving while also catering to artists and the non-profit sector.

Although the initiative kicked off with a $1.5 million grant from VanCity's Community Foundation and another $4.85 million from the City, Williams has also been motivated by the mission of the Jim Green Foundation, established to carry on the social justice legacy of the late city councilor who had been a longshoreman, community activist and arts advocate. Many called Green "the mayor of the Downtown Eastside" and his last expressed wish was to see the police headquarters, already vacant at the time of his passing in 2012, be transformed into a point of access for the neighbourhood he served for much of his adult life. "The VanCity Board agreed, after some discussion, it would be good to pursue Jim's dream," says Williams.

312 MAIN STREET BY THE NUMBERS

A creative hub for 'coworking'

VanCity then sent representatives to meet with the Social Innovation Centre in Toronto and other proponents of "coworking" -- in which people share office, artist studios, and "makerspace" where people create objects, prototypes or ideas in a cooperative setting. In some cases, people will rent "hot desks" for a short duration; in other cases, they will rent permanent desks or private office space for longer periods of time.

After extensive consultation with the neighbourhood and with First Nations, a plan and a design were developed by two First Nations architects, Nancy Mackin and Patrick Stewart. On the main floor, there will be a Coast Salish-style longhouse built into the existing structure that nests inside rather than obliterates what was already there. In addition to the longhouse serving as a gathering place, there will be accessible washrooms, a gallery/ library, coffee bar, a variety of differently formatted meeting rooms (including venues for speakers or performances), an office for Megaphone (Vancouver's street newspaper), and a commercial kitchen.

In the spirit of coworking tenants will, in addition to having affordable working space, share common equipment, lounge, a kitchen, and social space. This introduces that ingredient that Bob calls "propinquity" -- the magic element that can yield synergies, new social and professional networks, and mutual inspiration when people are working in close proximity. The basement will, for the most part, be devoted to this makerspace for artists, artisans, and other creative people.

On the second floor, there will be some private offices, along with some hot desks and coworking spaces, along with washrooms, lounges, a kitchen, and meeting rooms. The third through sixth floors will offer colocation leased spaces for larger groups that want more privacy and autonomy, while also sharing services and equipment. It is envisioned that the larger office spaces will be occupied by major non-profits, advocacy groups, as well as some as some for-profit start-up firms in the tech sector (approximately 20 per cent of the centre's members).

Plans are also being explored for having gardens and an urban forest on the roof, and Cornelia Oberlander -- Vancouver's legendary landscape architect -- has already assessed the possibilities.

The project is expected to be financially self-sufficient beyond the initial start-up grants, with the larger leaseholds helping to subsidize the less-than-break-even spaces. The total budget is projected to be $14 million. Construction has already begun on the Social Innovation Centre, which is expected to be half occupied by early 2017, and full by early 2019.

Although not unprecedented, the centre represents a new form of public access space, especially in a city where large-scale building or renovation projects have become almost exclusively a game for rich investors, making us increasingly, as Bob puts it, "tenants in our own backyard." Moreover, it will be a building in which the residents of the Downtown Eastside will feel completely at home.

In a microcosmic way, 312 Main addresses what Williams sees as the central issue for the region and the province -- the fact that the economic hegemony of the One Per Cent is based on control over land. This project, in a small way, takes back control of urban real estate for residents -- not only providing access to the community, but sharing benefits such as $300,000 in annual investment in the neighbourhood, $1 million in local procurement and employment, and greater opportunities for community entrepreneurship and self-reliance.

This is in keeping with the vision that Williams helped reinforce at VanCity -- one of building the cooperative economy, of using capital to strengthen community and social justice, and of seeking reconciliation with First Nations. All his life, Bob has been making good innovative things happen. We need to learn from people who are willing to buck prevailing trends, to head off in uncharted directions, and to establish new models for a more humane and inclusive society.

Indeed, Williams is clear that he is but one collaborator in an effort that showcases what inclusively working together can accomplish. "There is one social innovation," he says, "that I hope will be reinforced and reflected by the community we are building at the old police headquarters: the understanding that a project like 312 is the result of many people's efforts.

"The 312 Main Street project is an important collaboration between the City of Vancouver, Vancity, and the neighborhood. City Council and city staff have been supportive of the project and its aspirations to create a centre for economic and social innovation, and Vancouver Economic Commission contributed to launching these aspirations," Williams points out.

"The Vancity Community Foundation management committee, on which I serve as but one member, has worked hard to steer the project in the right direction and we have been assisted by a broad partnership of organizations and individuals in charting the course," he says.

312 MAIN STREET BY THE NUMBERS