To judge from the reaction of the Canadian punditariat, the New Democrats' convention in Edmonton was a murder-suicide. Tom Mulcair was ousted (and immediately resurrected himself as interim leader), and the convention voted to discuss the Leap Manifesto -- which everyone took to be political self-immolation. 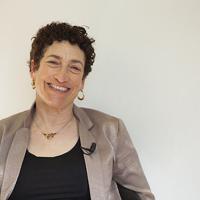 Even the urbane Robin Sears, who's an old New Democrat backroom guy, associated the Leapers with the party's ancient struggles with Trotskyites and the Waffle movement. The Leapers, Sears said, were just the latest incarnation of the NDP's "Birkenstock Left." They posed a "fateful choice" for the NDP:

"It can once again indulge its tribal myths about public ownership and an Arctic nation kept affluent and warmed by thousands of acres of solar panels. Or it can pick up the baton that Jack Layton bequeathed to Thomas Mulcair, that of a serious national progressive party disciplined enough to be rewarded with power.

"If it chooses the Jeremy Corbyn, Bernie Sanders, Socialist Caucus book of children's political fairy tales, they will have decisively buried that dream, consigned its achievement to a distant future generation."

Lawrence Martin harmonized with Sears like Simon with Garfunkel: "Under the leadership of Jack Layton and Tom Mulcair, it was moving into the mainstream. Now, with the rejection of Mr. Mulcair at the Edmonton convention and the rise of the Leapers, it is returning to the days of dogma -- days when it didn't even pretend to be a serious contender for the prize of governance."

L. Ian MacDonald said the party had been "hijacked by the loony left."

B.C.'s own Les Leyne quoted provincial NDP leader John Horgan: "We won't be proceeding under any Leap Manifesto... under my leadership."

And Tasha Kheiriddin of iPolitics speculated that the "hard-left" Leap Manifesto would win support from Quebec separatists, driving other Quebecers into the arms of the Trudeau Liberals in 2019.

Accept the status quo, or else

All such commentators operated from unspoken premises: they define the mainstream as acceptance of the status quo. Only a "mainstream" party or politician deserves respect, because only "mainstream" parties have a chance of winning power. And winning power is the only purpose of engaging in politics.

Without realizing it, our pundits have vindicated Noam Chomsky, who years ago observed:

"The smart way to keep people passive and obedient is to strictly limit the spectrum of acceptable opinion, but allow very lively debate within that spectrum -- even encourage the more critical and dissident views. That gives people the sense that there's free thinking going on, while all the time the presuppositions of the system are being reinforced by the limits put on the range of the debate."

Ironically, Justin Trudeau owes his present power to the NDP's careful paddling in the Tory-defined mainstream during the years when Stephen Harper was the status quo. Mulcair earned mainstream pundits' praise by his Question Period interrogation of Harper over the Duffy scandal. That was a mainstream Opposition's job. He made good TV drama, and the pundits loved him.

The pundits (and the NDP) meanwhile derided Trudeau for his feeble presence in Question Period, and his frequent absences. The third-party cutie-pie ignored them. He was off in the wilds of the grassroots, meeting people and rebuilding a Liberal organization that the mainstream pundits (and the NDP) had written off as the Blackberry of politics.

The revenge of Ulysses

In October 2015, the cutie-pie came back like Ulysses to Ithaca, to slaughter the enemies who'd taken over his palace and to take his place on his father's throne. Like Ulysses, Trudeau is a classic ironic hero, the man who is far more than he seems to those locked into mainstream thinking.

The pundits, seeing how Trudeau slaughtered the Conservatives and New Democrats, have plunged into the new mainstream. For the foreseeable future, that mainstream will be what Trudeau defines it to be, and the pundits will run a lively Chomskyan debate within the limits Trudeau sets.

But even an ironic hero can't solve all political problems. I've read the Leap Manifesto, and to me it's about as radical and "hard left" as explaining to your 16-year-old why she should stop smoking right now, not after she's finished her current carton plus the two stashed under her bed.

The manifesto is short, under 1,400 words. It says very little that we didn't know in the 1960s and '70s, when Greenpeace got going in Vancouver. Climate science in the past 20 years has only confirmed it, and we now contemplate a catastrophe in progress.

We Canadians contribute to that catastrophe with every barrel of oil and cubic foot of gas we ship. Whatever social services we fund out of our taxes on those exports, the exports will only make things worse. We can't justify doing it just because it means jobs; gangster kids shoot at one another to preserve their jobs peddling crap that their customers are addicted to.

The Leap Manifesto is telling the kids that they can have a pretty good life without selling crap, but they'll have to learn more than driving skills and marksmanship. To the kids, this is way outside the mainstream of acceptable thought, just as automobiles were ridiculous to makers of horse-drawn surreys with a fringe on the top.

If the authors and signers of the Leap Manifesto deserve criticism, it's for not spelling out a clear program to create green jobs for oil patch workers, jobs that would bring them electric cars and homes warmed by solar panels. But that's really the job of the political parties -- at least the parties looking beyond 2019 to where their kids and grandchildren will spend the rest of their lives.

Those parties, whoever leads them, will need to ignore the pundits and their anxieties about staying in the mainstream and winning power.

No matter who defines the present mainstream, it will soon carry us over the falls and onto the rocks. This is indeed the time for a leap, and the longer we postpone it, the worse our chances of survival.