The Trans Pacific Partnership, a massive trade deal that covers 40 per cent of the world’s GDP, has mushroomed into a political hot potato in the United States. Presidential candidates Donald Trump, Hillary Clinton and Bernie Sanders are all expressing either opposition or concern with the agreement. With the deal in doubt in the U.S., the Canadian government is using the uncertainty to jump-start a much-anticipated and long-overdue public consultation. 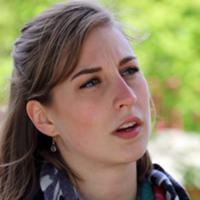 Earlier this month, the Standing Committee on International Trade announced plans for hearings to be held across the country and invited all Canadians to provide written submissions by the end of the April. When added to the open call for comments from Global Affairs Canada, the government department that negotiated the TPP, the public has an important opportunity to have its voice heard on a trade deal that could impact virtually every aspect of the Canadian economy.

The national consultation comes as a growing number of Canadian business leaders express concerns with the agreement. Jim Balsillie, the former co-CEO of Research In Motion, has garnered considerable media attention for his criticisms, and others have joined him in recent weeks, including Shopify CEO Tobi Lütke and Ford Canada CEO Dianne Craig.

Yet just as Canadians begin to grapple with fine print of the 6,000 page agreement, it has become increasingly clear that Canada will face stiff opposition from the U.S. if it seeks to exercise flexibility in how it implements the deal. Growing concern over provisions that may increase health care costs, extend the term of copyright, restrict the ability to regulate online services such as Uber, and limit rules designed to support Canadian culture seem likely to run into U.S. demands that it "certify" whether other TPP countries have, in its view, properly implemented the agreement.

The certification process is not found in the text of the TPP, but it is how the U.S. approaches ratification of trade agreements. Under U.S. law, before any trade agreement can take effect, the President must determine whether the agreement’s partners have taken measures to bring it into compliance with the deal. The determination can involve extensive review and consultation involving many U.S. government agencies and departments including the State Department, Commerce, Agriculture, Treasury, and the U.S. Trade Representative. If the President does not certify the implementation, the U.S. cannot ratify the treaty.

How can the U.S. exclusively determine how other countries implement the TPP?

The agreement stipulates that it cannot take effect without ratification from at least six countries representing at least 85 per cent of GDP within the TPP countries. This effectively means that the TPP cannot take effect without U.S. support. It plans to leverage this power by withholding ratification until it is satisfied that other TPP countries meet its certification requirements. The approach gives the U.S. one last opportunity to shape the agreement by establishing its own requirements and forcing countries such as Canada to abide by its interpretation.

Canadian plans to take advantage of flexibilities on copyright or addressing cultural regulations could therefore result in a heated battle rendering much of the public consultation and suggestions for reform moot, while leaving International Trade Minister Chrystia Freeland with the difficult challenge of reconciling public concerns and U.S. demands.