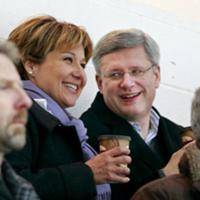 I am pleased and proud to introduce B.C.'s new deputy minister for climate leadership -- Fazil Mihlar! Mr. Mihlar comes to us from previous stints at the Fraser Institute, the Vancouver Sun and the B.C. Oil and Strategic Initiatives Division. He will help lead the creation of British Columbia's new Climate Leadership Plan. Won't you join me in giving him a warm(ing) welcome?

I will indeed join you in welcoming Mr. Mihlar, whom I have met before. Our new deputy minister for climate leadership is a fine fellow. I am also familiar with his former employers. Climate leadership from the Fraser Institute? It's like putting Fox News in charge of the henhouse.

Deputy minister Mihlar is new on the job, so you might expect that his first report on climate change has yet to be written. But the man works fast. I have already received what I am told is a leaked copy of his report. It reads: "Nothing to see here, folks. Thanks for coming!"

Short and sweet. Deputy minister Mihlar does not want to waste paper -- saving trees, you know. Important for stopping climate change, if there was any climate change, which there isn't. Read the report.

As Press Progress has noted, Mihlar has previously expressed some interesting ideas about climate change action as a covert tool of Third World oppression. And during Mihlar's tenure as editorial page editor at the Vancouver Sun, the newspaper asked: "If the planet is doomed anyway, should we do nothing?"

That's a tack that would be familiar to ex-president Ronald Reagan's former interior secretary James Watt, whose approach to environmental conservation was encapsulated in this remark to Congress: "I do not know how many generations we can count on before the Lord returns." Hey, if we leave these trees standing it'll just be more fuel for the Antichrist, am I right?

And Mihlar sounds like he may have a similar philosophy. Climate change action? The universe is expanding. In five billion years the sun will become a red giant and swallow the Earth. What's the point of anything?

Alternatively, climate change awareness might be folded into a safety message. Do you know how many people are injured or killed in ski and snowmobile accidents every year? Plenty. Snow -- isn't it time we put a stop to this public menace?

Putting Mihlar in charge of climate change leadership is just the beginning. Premier Clark is shortly expected to announce Rich Coleman as the new minister of human kindness. The issue of refugee housing will be delegated to the managers of Trump Tower. Nestle will run the Department of Water Conservation.

The Fraser Institute must be feeling pretty well chuffed these days. Their press releases are lightly masticated by media outlets and regurgitated as news; their former employees surface as B.C. government officials. The only thing standing in the path of total provincial domination is Jordan Bateman and the Canadian Taxpayers Federation, their right-wing rivals for policy supremacy. No doubt a vicious cage match is coming to determine which think-tank will pull the strings in these parts.

If they are wise they'll work in tandem, the CTF continuing to destroy public transit while Team Fraser draws a curtain in front of all those melting glaciers. With Clark in charge, there's plenty of work for everybody.