Randall Hopley, the Sparwood bogeyman, was back in the news last week. 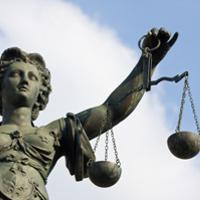 A Better Way to Deal with Sexual Predators

Hopley is the scrawny loner who grabbed three-year-old Kienan Hebert from his bed and held him for four days in 2011. Hopley then eluded a massive RCMP manhunt and snuck Kienan, unhurt, back into the family home, leaving him snugly wrapped in a blanket. It took another three days for police to catch Hopley.

It was a rare story that justified the news media cliché "every parent's worst nightmare." Kienan was a cute kid from a caring family. Hopley was a 46-year-old loner with a long criminal record who lived in a trailer and drove a clapped out 24-year-old Toyota. Police released pictures that showed an unshaven man with blotchy skin and a bad haircut.

But Hopley was also a perfect example of how badly things can go when we don't do anything to deal with a little kid's problems and just boot him into the world.

The kidnapping was one of the chapters in Dead Ends: B.C. Crime Stories, my book published last year. (Available in fine bookstores or through Amazon and Chapters.) The story was gripping. But so was Hopley's sad life.

His criminal record was long, serious and stupid, including a 1985 conviction for sexually assaulting a five-year-old boy.

And his destructive path through life was largely predictable and likely preventable.

Troubled childhood -- a boy whose father died in a mine explosion when he was two and always seemed angry after that, according to his mother. "Slow," as they said then, with later assessments ranking his IQ from 68 to borderline normal. Bounced between foster homes and his mother's house.

By the time he was eight, his problems had become evident. An assessment recommended special institutional care. But that never happened. He kept moving through the system, unsupported with no real effort to get his life on track. He made it through Grade 10 in a special ed program, but with no trade or social skills.

In his last foster home, when he was 15 and 16, he sexually assaulted three younger children. He was charged and sent for assessments, which were grim. A doctor identified his long list of problems -- emotional deprivation, bad behaviour, poor social skills and a lack of empathy. Hopley couldn't even appreciate why people were upset when he molested younger children. But there was nowhere to send him for help, the doctor said.

Another doctor recommended a treatment program, but there was no room.

His foster parents pushed for more help, and a UBC psychologist met with Hopley eight times and offered a gloomy outlook.

"The boy is not clever, not attractive, and not socially skilled; he is unlikely to attract girls of his own age. Children, who are basically powerless to reject him, are an obvious alternative," she wrote. "It is unlikely that Randy will refrain from assaulting children without treatment."

But he didn't get treatment, and on his 19th birthday -- like all children in the government's care then and now -- he was on his own.

With predictably disastrous results. Hopley was quickly arrested for possession of stolen property. Another doctor assessed him as part of the court process, noted his "lengthy history of sexual assault pertaining to young children" and said he would likely reoffend. The doctor recommended treatment in a sexual offenders program.

That didn't happen. In May 1985, Hopley sexually assaulted a five-year-old boy in Fernie who was walking home from a park. He was sentenced to two years in jail, where he received no treatment. A psychiatrist recommended supervision in a community-based support facility when Hopley was released. The parole board ordered him to be placed in "an adult residential facility with firm external control over the behaviour of residents together with intensive supervision on site."

Hopley settled into a life of stupid crimes and jail stays. He broke into houses and businesses, stole things, lived in other people's cabins. He was always caught and never seemed to learn anything.

After he returned Kienan, Hopley holed up in a remote summer camp that was closed for the season. But instead of hiding out, he started commenting on Facebook pages dedicated to Kienan's disappearance. He apologized to the family, and assured everyone Kienan had been happy while they were away. The kidnapping was a desperate bid to get justice after his wrongful conviction for attempted kidnapping in 2008, he said.

Police tracked the computer's location to the camp, and that was the end.

Hopley was back in court last week appealing the kidnapping sentence imposed by Supreme Court Justice Heather Holmes in 2013. She noted he hadn't harmed Kienan and returned him safely. But he "made the bogeyman real" for the family, she said.

She sentenced him to six years and two months. With time served, that meant almost four years in prison, followed by 10 years of supervision after his release. Hopley was trying to get about 13 months knocked off his sentence, his lawyers arguing he should have got more credit for his "hard time" in jail before sentencing.

The B.C. Court of Appeal didn't buy the argument. Hopley needed to be in jail to get treatment and keep him from committing more crimes, the justices ruled.

Maybe it will work. Maybe Hopley will get treatment. If he does, it will be the first time in a life of missed opportunities.