Slashing protections for Canada's fish and fish habitat. Removing legal protections for Canada's lakes and rivers. Eliminating the requirement for environmental assessment from 90 per cent of projects that used to need them. Making no progress towards a plan to reduce Canada's greenhouse gas emissions. Being an obstacle in global efforts to act on climate change. 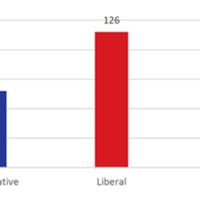 The Island will elect seven MPs on Oct. 19. In a possible minority Parliament situation in Ottawa, those seven seats can tip the balance on who governs the country.

Based on local, riding-level polls, the only polls that are useful, the Conservatives have a shot at five out of seven of the Island seats -- all except Victoria and Saanich-Gulf Islands. The Conservatives poll at under one-third of the vote in those five ridings, but that may be enough to win when the remaining two-thirds of the vote is divided by three.

Vancouver Island has seen a lot of debate about voting strategically versus voting for a candidate or party.   We're making a final pitch for strategic voting for two reasons:

1. The only realistic option for shutting out Harper on the Island is to vote Green in the riding of Saanich-Gulf Islands, and vote NDP in the other five Island ridings where it is an NDP vs. Conservative race.

2. Doing so is also the best option we have to reduce the likelihood that we'll have to vote strategically in the next election.

On the first point, the fact is that the federal Liberals aren't strong enough on the Island to elect any MPs. The Greens, despite a valiant effort, are stuck at least 10 points away from any seats outside of Elizabeth May's and Victoria. But, both are strong enough to command one-quarter of the electorate between them, thereby making the Conservatives competitive with the NDP.

The one exception is the riding of Victoria where the race is between the NDP incumbent Murray Rankin, who is a skilled environmental champion, and a new Green candidate, Jo-Ann Roberts. From the perspective of governing in Ottawa, there isn't a fear in that riding of inadvertently handing the Conservatives a seat.

On the second point, all of the opposition parties have promised some version of electoral reform. In a truly fair and proportional voting system we should be able to vote for the candidate and platform closest to our beliefs and expect that the seat count in Ottawa will reflect those choices. All of these parties have commitments that could make this the last federal election where voters have to vote strategically rather than choosing who they want without the legitimate fear of electing their least desired option.

It's still going to take work and lots of pressure from voters to make sure these historic reforms happen, but it's the best opportunity we've ever had to make them a reality. For this election, we are still using a broken first-past-the-post voting system that the Conservatives have manipulated to their maximum benefit, taking full advantage of opposition vote splits to be able to govern aggressively based on a minority of the Canadian vote.

We have the utmost respect for Elizabeth May and the Green Party, and support much of its platform.   We look forward to the day, hopefully sometime soon after Oct. 20, when we can loudly recommend casting a vote there for a better world.

For now, though, we say vote for Elizabeth if she's your MP, and vote NDP in the other five ridings where we can vote the Conservatives off the Island.

Vote strategically on Oct. 19, so we can make sure it's the last time we have to.