"I hope that we will be able to set aside partisanship for the good of the country." -- Green Party leader Elizabeth May, October 2013 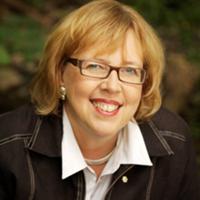 May: 'Green Party Does Not Split the Vote'

The Green party likes to say it is different from other parties -- more principled, more positive and more policy-oriented -- and it promised to work with other parties to beat the Stephen Harper Conservatives.

But the Green party in action in British Columbia has shown itself to be "more" in a big way: more partisan, more mercenary and more hypocritical in political maneuvering -- to defeat opposition Members of Parliament instead of Conservatives.

Nowhere is that more obvious than in Victoria, where New Democrat MP Murray Rankin's riding has become the Green party's number one target in Canada.

Most observers would find that a bizarre choice of priorities, since Rankin is an internationally recognized environmental lawyer with a track record of achievements.

But for the Greens, it's apparently become power over principle -- because they are determined to remove Rankin rather than crush a Conservative elsewhere.

"There are going to be ridings like Victoria, where we are in a position to win, that we will be going after... with everything we got," Green party president Dave Bagler said in April.

"Obviously we're going to be putting more dollars into areas where we know that we have a significant shot," Bagler added, making it clear Rankin is public enemy number one electorally.

Once upon a time -- actually it was just in October 2013 -- Green leader Elizabeth May claimed: "Greens favour a cooperative strategy in the next federal election."

But that was then and this is now -- the Greens are going all in to defeat New Democrats like Rankin and incumbent Liberals as well.

Who cares that Rankin was an early board member of the Wilderness Committee, former president of West Coast Environmental Law, former chair of the Land Conservancy of BC, started teaching environmental law in 1977 at the University of Victoria, and has acted for several First Nations as legal counsel on environmental issues over decades?

Who cares that Rankin's environmental credentials might even exceed those of May, who worked for the environment minister under Conservative prime minister Brian Mulroney at one point?

Not May or Victoria Green candidate Jo-Ann Roberts, a former CBC Radio host who said she was quitting her job to fight cuts to the Crown corporation but later announced she was running for the Greens.

And not the Green party, whose communications director Julian Morelli said on Monday that candidate Roberts is "not to take away from Murray Rankin -- it's to give voters a choice. There's no malicious intent -- you have to earn your vote."

Roberts is a "high quality candidate who knows the issues," he said. "I don't think this gives the Conservatives a chance [in Victoria]."

There are potentially some ridings where the Greens might work out an arrangement, Morelli said. "In this case, it's not about going after someone; it's giving a choice to voters. I'm not taking away from Murray Rankin.

"There are differences between parties. One other significant difference between the parties -- there are no whipped votes in the Green party," he said.

Morelli added he was not referring to any votes taken by Rankin in Parliament.

Roberts has admitted that she personally "likes and respects" Rankin and that she also considered running for the Liberals. But what's the bottom line on taking out a leading environmentalist MP?

And that's okay because I actually admire hardball, take-no-prisoners politics -- when everyone is clear that's the game being played.

But the Green party has no right to continue its sanctimonious self-serving talk about "setting aside partisanship for the good of the country" when it is slitting the throat of MPs from other parties who share many of their values and a deep desire to defeat the Harper Conservatives.

Be Green mercenaries -- just don't be total hypocrites about it.