Forget about the dairy farms and supply management. The real reasons Canada should withdraw from its unseemly flirtation with the Pacific Rim trade deal are that it would formalize a trade relationship with a country plagued by human rights abuses, and make local laws and regulations designed to protect health and the environment more easily struck down by multinational companies out to fatten their bottom lines. 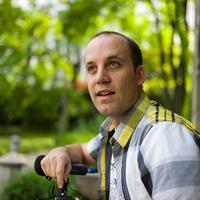 The Trans-Pacific Partnership, or TPP, is a proposed deal between 12 nations. I believe Canada should withdraw from negotiations, but that is unlikely to happen given the three largest parties contesting this fall's federal election have expressed some level of support for it, with NDP support the most ambiguous and Conservative the most enthusiastic. The Green party has joined the NDP in calling for public release of the draft deal before it is signed by Canada, and is the only significant Canadian party to explicitly oppose the deal.

We've been hearing a lot over the past few weeks about the TPP. Most of the mainstream media coverage has been obsessively focused on whether delegates from the 12 countries involved would be able to cut a deal at last minute negotiations in Hawaii. The big issues, we were told, were whether the Harper Conservatives would give away Canada's traditional supply management arrangements for dairy products, and whether the other countries involved would yield to American pressure to re-write intellectual property laws to further enrich big U.S. based multinationals.

While these are both important issues, and arguably enough to suggest Canada should opt out, the combination of secrecy and distraction has meant that some other crucial matters have been ignored.

It is hard for anyone outside the secretive negotiations to assess these matters with any certainty, as details of the deal have yet to be made public. However, from the hints dropped by negotiators and big business-friendly pundits, as well as by examining precedents set by earlier trade treaties, it is possible to discern the broad outlines of the deal that is being proposed -- and folks, it ain't pretty.

First of all, the TPP would represent a shameful partnership with countries plagued by human rights abuses. While concerns about human rights and labour abuses abound in many of the TPP's "Dirty Dozen" (including the U.S.), Malaysia is a particularly egregious case.

Human rights advocates suggested the upgrade had more to do with the Obama administration's interest in getting the TPP signed and approved before the end of the president's second term than with any real reforms in rights enforcement. A Reuters investigation found that State Department political staff pressured the human rights experts who prepared the report to change the recommended status for 14 countries out of the 188 assessed.

In addition to the upgrade for Malaysia, political staff pressured the experts not to downgrade the status of important trade partner China to Tier 3.

The Malaysian upgrade, critics say, ignores ongoing human rights disasters in that country, which were highlighted in May by the discovery of graves on the Thai-Malaysian border, graves filled with the bodies of refugees who died in suspected human traffickers' camps.

According to Human Rights Watch, "After losing the popular vote in national elections in 2013, the government has engaged in a strong crackdown on political rights, including charging organizers of peaceful demonstrations." Sharia courts have been allowed to persecute Malaysians who belong to LGBT communities, and conditions of forced labour that border on slavery have been reported.

And then there is the looming problem of the "investor state dispute settlement" (ISDS) language that is sure to be included in the TPP, as it has been in most of the ill-named "free trade" agreements since NAFTA.

The language allows a company that objects to the impact of local laws or regulations on its profits to challenge them through mechanisms created by the trade deal or through the International Centre for Settlement of Investment Disputes, a body associated with the World Bank.

Australian critics of the TPP have a particular reason to be sensitive to ISDS. Philip Morris, the multinational tobacco giant, is using ISDS language in a bilateral trade deal between Australia and Hong Kong to challenge Australian law that governs what kind of text and pictures can be used on cigarette packages. The company, which maintains an Asian headquarters in Hong Kong, is arguing that the trade deal between Australia and Hong Kong makes Australian attempts to limit cigarette package advertising illegal.

Canada reportedly cancelled 1994 plans to create such packaging rules out of fear that ISDS language included in NAFTA would be used to penalize Canadian taxpayers for any claimed reduction in tobacco profits.

As my sainted mother often reminded me, you are known by the company you keep. A Canadian decision to sign on to the TPP would put us in partnership with a country beset by rights abuses, and aggressive corporations. Such a decision would be an ethical train wreck that would deliver few, if any, advantages for ordinary Canadians, and more power and profits for big firms that are already well endowed with both.

The frenzied attempts to force through a TPP agreement last week in Hawaii failed, and that is a good thing. We should be calling on our government to drop any further efforts to negotiate it.