[Editor's note: Since this was published, citizens helped The Tyee compile a bigger, more up to date list. Read it here.]

Stephen Harper and his Conservatives have racked up dozens of serious abuses of power since forming government in 2006. From scams to smears, monkey-wrenching opponents to intimidating public servants like an Orwellian gorilla, some offences are criminal, others just offend human decency. 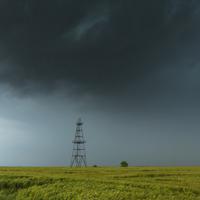 To spare you abuse fatigue, we've divided our list into two parts. The second one runs Thursday. Please help us out. As you read, if any abuses we've forgotten come to mind, either make a note in the comments thread after this piece or send us an email at editor@thetyee.ca, subject line Harper Abuse List. We will fold what we get into a final version as a handy reference for the campaign.

A thanks, by the way, to a few friends of The Tyee who researched and helped with this list.

Stephen Harper having called an election, we enter familiar territory. In the Conservative gladiators' arena just about anything goes -- unless and until you are caught, that is. Kicking off The Tyee's list of Harper abuses of power are 14 times his team violated election laws or ethics:

Tory operative Michael Sona was given jail time for his role in the robocalls scam. The judge indicated more than one person was likely involved. In another court judgment in a case brought by the Council of Canadians, the ruling said the robocalls operation was widespread, not just limited to the Guelph riding. Donald Segretti who did dirty tricks for the Nixon White House told a Canadian reporter his skullduggery didn't go so low as to run schemes sending voters to the wrong polling stations.

Conservatives secretly recorded political opponents and also used agent provocateur techniques to try and entrap them. A sting operation against Marlo Raynolds, a Liberal candidate in Alberta, was backed by then employment minister Jason Kenney.

Dean Del Maestro was one of Harper's favourites. As his parliamentary secretary, the PM frequently used him as an attack dog to allege misdeeds by opposition members. Del Maestro was given a jail sentence in June for his own election spending violations. 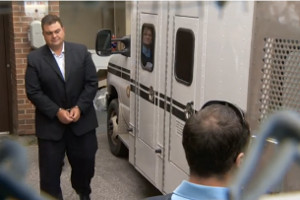 Conservative Commons Speaker Andrew Scheer ruled his party's own tactics in running a surreptitious misinformation campaign in the riding of the highly respected MP were "reprehensible."

In a clear-cut case of the party hierarchy's undercutting of democratic rights, Ches Crosbie, son of former Tory cabinet minister John Crosbie, was barred from running for the party in Newfoundland.

Peter Penashue, another Harper Conservative was compelled to step down over election spending violations.

In an attempted smear in the last week of the 2011 election campaign, a senior Harper strategist planted a false story in Sun Media that Michael Ignatieff was an Iraq war planner. (Neither Conservative operatives nor Sun Media opted to make hay with the true story that Stephen Harper had, while leader of the Canadian Alliance in 2003, published a letter in The Wall Street Journal itching to get Canada into that disastrous war and slamming then PM Jean Chretien for saying no.)

In one instance that brought on allegations of Nixonian tactics, junior PMO staffers in the guise of normal citizens were sent out to disrupt a Justin Trudeau speech.

Tory operatives hauled out citizens from a Harper rally in the 2011 campaign because they had marginal ties to other parties. A spokesperson for the PM was compelled to apologize. Problem fixed this time around: Only fully vetted Harper supporters will be allowed, by invite only, to attend the PM's campaign stops. If they have a ticket.

In 2008, Harper pulled the plug on his own government, violating his own new law, which stipulated elections every four years.

Guilty Plea on In and Out Affair

The Conservative Party and its fundraising arm pled guilty to some Elections Act charges stemming from their exceeding spending limits in the 2006 campaign. The investigation cost taxpayers over $2 million.

The Fair Elections Act also makes it harder for Canadians to vote as more ID is required. Nationwide protests in which more than 400 academics took part forced Pierre Poilievre to withdraw some measures in the bill because of their alleged anti-democratic bent.

In a bid to impugn his integrity, Democratic Reform Minister Pierre Poilievre accused the Elections Canada CEO Marc Mayrand of being a power monger and wearing a team jersey.

Record Use of Personal Attack Ads

Under Harper's leadership, Conservatives became the first to routinely use personal attacks ads outside an election writ period. Their ads often used quotes deliberately taken out of context. Incidence of attack ads by Harper Conservatives was heavier than by any other government.

This election truly began the minute the last one ended. Since his first day as PM, Stephen Harper has reinforced his party's "brand" by rewarding cronies, slapping the Conservative logo on government cheques, perfecting the no questions photo-op, instructing bureaucrats to start calling Canada's government "the Harper Government." The flip side has been relentless monitoring, muzzling and attacks on anyone who might tarnish the image. Here are 17 instances of power abused to build the Harper brand.

On an Iraq visit, the PMO was caught lying to try and cover up the leak of a promo video, which constituted a security breach. The PMO, noted a National Post editorial, "stumbled from blunder to evasion and falsehood in the service of shamelessly manipulative partisanship, especially in using our troops as PR props."

Public servants were told to use "Harper Government" instead of "Government of Canada" in publicity releases. The Conservatives denied it was happening -- until internal memos revealed by the Canadian Press revealed the denial to be without basis.

Once "caught red-handed," they backed off. The federal ethics commissioner, adopting the exasperated tone of an adult lecturing a child, noted: "Public spending announcements are government activities, not partisan political activities, and it is not appropriate to brand them with partisan or personal identifiers."

Record Amounts of Partisan Political Advertising, on the Public Purse

Several media reports told how the Conservatives used taxpayer money for partisan political advertising in record quantity, costing the public treasury $750 million since Harper became PM. In one instance, the Tories spent lavishly on ads for the promotion of a jobs grant program that had yet to be made public or presented to parliament or the provinces. Even more nakedly partisan, a mailed blast, charged to the taxpayers, targeting Justin Trudeau.

Conservatives Stack Their Own Ridings with Infrastructure Funds

In a display of brazen pork barreling, the Conservatives arranged for no less than 83 percent of infrastructure fund projects go to Conservative ridings.

$50 Million Spending Deception as Documented by the Auditor General

The auditor-general ruled Conservatives diverted $50-million from spending slated for border infrastructure to political spending on projects in Tony Clement's riding at the time of the G-8 summit. Parliament was willfully misled.

After promising a new way, the prime minister dismantled his newly created Public Appointments Commission and reverted to old-styled patronage by the barrel. In June 2015, the PM made 98 patronage appointments. That included stocking the National Capital Commission with loyalists in advance of decisions on the controversial monument to the victims of communism.

Against pleas from everyone who needs and uses data from the long form census, the Harper government scrapped it, prompting the Statistics Canada chief to resign in protest.

Top scientists came under such heavy monitoring by the Conservatives that they staged "Death of Evidence" protests for being denied freedom of speech. The Conservatives sent out chaperones or "media minders" to track Environment Canada scientists and report on them.

Journalists have been hard-pressed to recall another time when controls put on them were so tight. At the Conservatives' 2013 Calgary convention, reporters wrote of being harassed and penned in at every turn by the PMO's command and control system. In his book Killing The Messenger, journalist Mark Bourrie charts the many examples of new limits on freedom of speech introduced in the Harper era.

In the gun registration debate, incriminating research and documents such as a Firearms Report were deliberately withheld from the public. While ramping up their prison building, Conservatives suppressed related research and studies contradicting their political priorities.

In a vivid example of the browbeating of opponents, the minister of public safety said anyone who opposed federal plans to make electronic surveillance of Canadians easier for authorities was siding with child pornographers.

According to a leaked memo, as part of its command and control approach, the Conservatives have approved a system wherein all advocates, protesters and demonstrations can be monitored by authorities. The Government Operations Centre has requested federal departments to assist it in compiling a comprehensive inventory of protesters. Security specialists have called it a breach of Canadians' Charter of Rights. Conservatives have moved to give CSIS even more powers than the spy agency wants.

Rights and Democracy, Other Groups, Dismantled

In a show of brute force, the Montreal-based group Rights and Democracy was pole-axed for its alleged political leanings and eventually disbanded. Organizations like the church group Kairos were de-budgeted or dismantled for political leanings. Nuclear Safety Commission head Linda Keen was dumped. Among the complaints cited by the PM was that in her distant past, she had some Liberal ties.

Not all charities, just the ones that don't seem adequately aligned with the Harper brand. Enough to include many environmental, aid, human rights and free speech charities that banded together to push back against what looks like a politically motivated witch hunt.

Conservatives Use Unheard of Tactic to Force through Anti-Union Bill

Conservative senators went to the unprecedented extent of overruling their own Speaker. What could be so important to break Senate rules? A bill pushed by Harper that is almost certainly unconstitutional for its privacy invading measures forced onto unions, unlike other groups. Latest in a steady stream of Conservative attacks on organized labour in Canada.

Medical files of Sean Bruyea, a strong advocate for veterans' rights, were leaked in a case that privacy commissioner Jennifer Stoddart described as "alarming." Veterans Affairs Canada ombudsman Pat Stogran was dumped after criticizing the government.

What did we miss so far? Share examples of Stephen Harper and his Conservatives abusing power during elections times, currying favour with voters, punishing perceived enemies, or generally in service of building the Harper brand. Make a note in the comments thread below or send us an email to editor@thetyee.ca, subject line Harper Abuse List.

Thursday: The second half of "Stephen Harper, Serial Abuser of Power: The Evidence." This part focuses on all the nefariously imaginative ways that Harper and his team have bent the workings of government to his will, rending much of it dysfunctional.