"I don't want the truth. I want something I can tell the Parliament!" -- Cabinet Minister James Hacker in Yes Minister 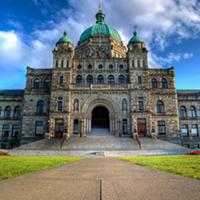 Premier Christy Clark's refusal to call a public inquiry into the B.C. government's admittedly wrongful firing of eight health ministry researchers and contractors -- and what the BC NDP alleges was a cover up -- is already a bad decision.

What makes it worse is that now many questions are being asked about why the government would refuse to forward information to the RCMP for an investigation for so long the police closed the file -- something the BC Liberals never admitted to until a freedom of information request disclosed it.

Why were those people fired and publicly tarred and feathered by government -- only to later see most of them rehired or compensated for wrongful dismissal?

One researcher -- Roderick MacIsaac -- was so distressed with his reputation being destroyed that he sadly took his life.

So what was so important for the government to take this extreme action and then risk covering their tracks -- claiming there was an "ongoing police investigation" when actually they wouldn't give the RCMP files to examine?

The most damaging allegation -- contained in a defamation lawsuit claim by fired contractor William Warburton -- is explosive.

Warburton charged in 2013 that the firings were motivated by the government's need to protect the interest of big pharmaceutical companies who were also major donors to the BC Liberal Party.

"The province's acts against Dr. Warburton are part of a bad-faith program by the defendants to end the investigation of harmful effects of drugs which risk leading to diminishing payments to their political contributors, and constitute misfeasance in public office as the defendants were aware that their deliberate acts against Dr. Warburton were illegal and would likely harm him," court documents say.

The government hotly denied those allegations in response to Warburton's statement of claim -- and nothing has been examined or proven in court to date. Warburton's defamation case continues.

But the lack of a public inquiry means theories like Warburton's can make as much as sense as any -- until testimony under oath is heard.

Warburton's court filing lists several major pharmaceutical companies as making "very profitable drugs" that he was investigating as to their effectiveness, including possible side effects.

His studies, Warburton claimed, "had the potential of disrupting financially significant payments to large pharmaceutical companies, many of who were major contributors to the Liberal Party..."

A search of Elections BC financial donation records shows the following total contributions to the BC Liberal Party and its candidates were made between 2005 and 2015:

In addition, Canada's Research-Based Pharmaceutical Companies -- an umbrella group -- is recorded by Elections BC as contributing $27,908 to the BC Liberals in the same period.

And the BC NDP -- which is calling for a public inquiry -- has previously hammered the BC Liberal government for attempting to eliminate the independent research Therapeutics Initiative program, which evaluates the effectiveness of pharmaceuticals and has saved the province millions of taxpayer dollars and hundreds of lives.

And the amount of total donations from "big pharma" to the BC Liberal Party at $145,834 is far from the largest compared to the $1,088,104 donated by the New Car Dealers Association of BC or the $607,638 they got from Bosa Development and related firms or the $353,945 from developer Peter Wall or the $241,350 they received from real estate mogul Bob Rennie, for example. But neither is it insignificant.

Again -- none of Warburton's allegations have been tested or proven in court and have been rejected expressly by the B.C. government.

But if nothing else, the fact that pharmaceutical companies are named in a legal filing by one of the fired health researchers would in itself be good reason for a public inquiry to clear the air and find out what really happened.

And that the B.C. government wrongly fired and tarnished its own researchers, frustrated any possible police investigation and then covered it all up can only fuel speculation about what else they might be hiding.

That's why calls for a public inquiry will only grow louder.