"Voter apathy was, and will remain the greatest threat to democracy." -- Hazen Pingree, Michigan governor, 1840-1901 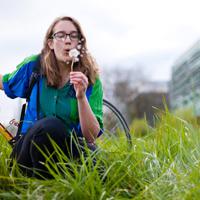 Why are the BC Green Party, government watchdog Integrity BC, and B.C.'s privacy commissioner all opposing a change to the provincial Elections Act that could actually improve dismal voter participation?

One change in Bill 20 would allow political parties and others to know who voted in the previous election.

Not how they voted, of course. Just that they participated in the election.

Giving parties and candidates the right to encourage those who don't bother voting, with specific messaging, could increase turnout.

But apparently, the groups find the change a shocking violation of voter privacy -- except that every party's workers can already find out who voted during an election.

I've done it myself many times as an "inside scrutineer."

You sign an oath with elections officials and then check the voters' list to mark off who has voted and pass it on to "outside scrutineers."

They can then phone or knock on the doors of supporters who haven't yet voted.

In Washington State, the independent elections authority provides a list of who has voted, updated regularly -- and anyone can access it, including parties and not-for-profits.

That's called open democracy, and every citizen should be proud they voted.

A Green Party representative agreed with the change, as did New Democrats, BC Liberals and BC Conservatives, when consulted by Elections BC.

But now Green Party MLA Andrew Weaver is so irate that he's started an online petition opposing it, saying it will allow parties to "incentivize aggressive fundraising tactics, and increase the questionable use of robocalls... This is about your privacy."

How do I know this? Because Weaver sent me an unsolicited personal email -- and he asked me to donate money to the Greens, too!

Bill 20 has problems -- it doesn't ban corporate and union donations, for example -- but making lists of who has voted available is a good idea.

Over-the-top scare tactics about information that is already publicly available to parties here and in Washington State that could help democratic participation is absurd.

It's when people do not vote that we get into trouble. Not when we find out that they actually did.