"The New Democratic Party holds firm to the belief that the dignity, freedom and equality of the individual is a basic right that must be maintained and extended." -- BC NDP Constitution Preamble 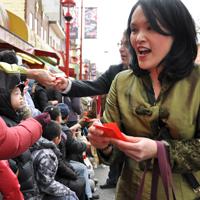 Candidate Withdraws from BC NDP Nomination Bid, Saying Others Favoured

Or is it simply oblivious to the optics of a party that wants to be seen as sticking up for the little guy demanding candidate fees that are higher than any other party is charging?

Even worse, the BC NDP executive unanimously approved the new $2,000 fee for one of B.C.'s poorest ridings.

The party says it's all about fundraising and being competitive with its better-financed BC Liberal Party opponents.

BC NDP president Craig Keating defends the move, saying on Monday that candidate fees were in place in the 2013 election, though he was unable to say how much they were.

"Fees help us recover the costs of the nomination," Keating said, adding that the new entry charge only applies to by-elections so far.

However, as The Tyee's Andrew MacLeod has reported, the move has rankled many rank and file members as a major financial impediment to candidates who don't have quick access to $2,000.

It's just plain wrong. A social democratic party fighting economic inequality and helping the under-privileged has no business demanding a $2,000 entry fee from a candidate just for the right to put their name forward for members to democratically decide on their candidacy.

Why should a worthy candidate of limited means be dependent on the charity of others to raise the money?

It smacks of elitism and entitlement, at a time when voters in Alberta appear ready to dismiss their Conservative government in today's election for exactly those reasons.

The BC NDP opened nominations on April 22 and closed them May 1, giving any candidate only a week to come up with the $2,000.

The controversy is too bad, because the BC NDP has attracted an excellent candidate to vie for the seat of veteran MLA Jenny Kwan, who will step down from her position to run in the federal election.

Melanie Mark is a former deputy to the Representative for Children and Youth, Mary-Ellen Turpel Lafond, whose office is respected for fighting to protect children in care and demanding accountability from government.

If she won the by-election, Mark would become the only First Nations MLA in the B.C. Legislature. Her accomplishments and abilities are considerable.

Unfortunately, the fee controversy -- if not quickly fixed -- may be an unwelcome distraction for the BC NDP from attacking the BC Liberals' atrocious record on child poverty and other issues.

Mark herself has raised concerns about the fee. "I'm sure it's a barrier. We need to reduce barriers for people, and I want this to be a fair, equitable, transparent process," she said last week.

Ironically, the federal NDP has no entry fee for candidates; the federal Conservatives have a refundable $1,000 "Good Conduct Bond" that is returned if candidates respect the rules; and the federal Liberal Party charges a $1,000 fee.

The BC Liberal Party did not respond to email and phone inquiries by deadline, but a veteran party activist said they were unaware of any candidate nomination fee.

For perspective, here's what it takes for some less-than-well-off British Columbians to raise personally come up with the BC NDP's $2,000 entry fee.

For a person on disability benefits of about $906 a month, it would take over two months.

The $2,000 fee may not seem like much to some, but it is a substantial barrier to many.

The BC NDP has made an unnecessary problem for itself. The smart move is to end this policy and the controversy it's creating immediately.