The Harper government's pursuit of its odious Secret Police Act (Bill C-51) is just another chapter in the most through-going and massive social engineering project in the history of the country. 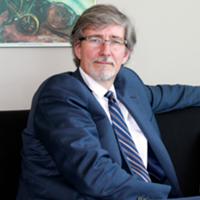 Social engineering used to be one of the favourite phrases of the right in its attack on social programs -- accusing both liberal-minded politicians and meddling bureaucrats with manufacturing the welfare state. They conveniently ignored the fact that there was huge popular demand and support for activist government.

That was the so-called golden age of capitalism, and it wasn't just because of expanding government services. It was so-called because of a much broader and well-informed citizen engagement -- both through social movements and as individual citizens. The level of trust in government was much higher than it is today. And absent from the picture were the factors that today dominate the political conversation: fear and economic insecurity.

Exactly how historians will describe this period in Canadian history is anyone's guess, but one approach could be to look upon the Harper era as an experiment in revealing how vulnerable democracies are to political sociopaths bold enough and ruthless enough to bend or break every rule and tradition on which democracy's foundation rests.

It's not just the institutions that are vulnerable, though they certainly are. It's a familiar list, including Harper's bullying of former governor-general Michaëlle Jean to force the proroguing of the House, his guide book on how to make parliamentary committees ineffective, the use of robocalls and other election dirty tricks, his attempt to break the rules in appointing a Supreme Court judge, and his neutering the House of Commons question period through a deliberate strategy of refusing to answer questions -- a practice that institutionalizes a contempt for Parliament that spreads outward to the general public. At a certain point it doesn't matter who is responsible -- the institution itself becomes risible and irrelevant to ordinary citizens. Which is, of course, exactly what Harper intends.

And that brings us to the other element of democratic politics -- the actual citizens who are supposed to be the raw material of democracy. The whole institutional edifice theoretically rests on the foundation of the voting public. The extent to which the institutions of democracy can be assaulted and eroded with impunity is directly proportional to the level of civic literacy. The lower it is, the easier it is for autocrats like Harper to abuse their power.

In terms of civic literacy, we are somewhere between Europe where it is relatively high, and the U.S. where it is frighteningly low. While the question is obviously more complicated than this, it's not far-fetched to suggest that there is a continuum -- with consumerism at one end and highly engaged citizenship at the other. We live in a hyper-consumer society -- not a citizen-society characterized by the oft-repeated disclaimer "I'm not interested in politics." The growing basis for our culture is not community or cooperation but conspicuous consumption and possessive individualism.

So long as the political elite accepted the basic premises of modern democracy and activist government, so long as the institutions they controlled functioned more or less within their defined mandates (that is, they were only occasionally abused), society could function with a minimal level of civic literacy. We could all go shopping more or less assured that the stuff of government (in substance and process) would continue undisturbed. If all political parties accepted the precepts of civil liberties, for example, it didn't matter that much if there was a low degree of public awareness of the importance of civil liberties to our daily lives.

But when a politician suddenly appears on the scene willing to systematically violate democratic principles as if they simply don't apply to him, then the demand for increased civic literacy is just as suddenly urgent and critical. Yet it is not something can be accomplished easily or quickly. Three sources come to mind: schools, the media and civil society organizations and activity.

Despite the best efforts of teachers and their unions over the decades, civic literacy is extremely low on the curriculum totem pole in Canadian schools. Provincial governments have resisted such pressures, which should hardly come as a surprise. There is a built-in bias in a hierarchical, capitalist society against critical thinking -- precisely because in liberal democracies the over-arching role of government is to manage capitalism with a view to maintaining it along with all its inherent inequalities. Too many critical thinkers are not helpful.

The media, of course, are largely responsible for helping put Stephen Harper in power. Ever since the Machiavellian Conrad Black bought up most of Canada's dailies, they have been used (by him and his successors) as an explicit propaganda tool for the dismantling of the post-war democratic consensus. While there are some tentative signs that they now recognize they've created a monster (Globe editorials criticizing the PM on a number of issues like Bill C-51), it's a little late. Twenty-five years of telling people there is no alternative to unfettered capitalism has had a pernicious effect on both democracy and civic literacy.

That leaves voluntary (for the most part) civil society organizations. Yet despite their objective of informing people about the myriad issues we face, here, too, the model falls short of significantly expanding the base of engaged, informed citizens. Ironically, much of the defensive politics of the left are the mirror image of Harper's reliance on fear (of Muslims, criminals, niqabs, terrorists, environmentalists, unions, the CBC) to energize his base. We peddle more mundane but substantive fears -- of losing medicare, of climate change, of higher tuition fees, of unprotected rivers and streams and dirty oil.

If Canadians are scared silly, it's no wonder, given the mode of politics directed at them.

Regrettably, there is no model from Canadian history that points us in the direction of serious commitment to civic literacy. We have to look to the Scandinavian countries. According to Canadian author Henry Milner, the late "Swedish Prime Minister Olof Palme once said that he preferred to think of Sweden not as a social democracy but as a 'study-circle democracy.' The idea... is associated most of all with the efforts of the ABF (the Workers' Educational Association)... The ABF offers courses in organizing groups and co-operatives, understanding media, and a broad range of contemporary issues, as well as languages, computers, art, music, and nature appreciation." There were 10 other groups doing study circles -- many of them subsidized by the government. Half of all Swedish adults were involved in them.

Even in Sweden the model is no longer as robust as it was when Milner wrote this assessment in 2002. But even after the defeat of Social Democratic governments, no party has dared undermine Swedish social programs or run roughshod over its democracy. That's because informed citizens are not easily manipulated by fear and their level of trust in government remains high.

Given our shamefully biased media, Canadians still manage to resist Harper's continued assault on our political sensibility. The first polls on the Secret Police Act (don't call it by any other name) were alarming, with upwards of 80 per cent agreeing with the need for tougher anti-terror laws. But things are changing very quickly as the result of a determined fight-back by civil society groups, a phalanx of heavy-hitting experts and the NDP.

A Forum Research poll this week showed support for the bill was down to 38 per cent with those disapproving at 51 per cent -- an amazing turn around. The highest levels of disapproval were amongst "...the youngest (64 per cent), New Democrats (77 per cent), the best educated (65 per cent) and the non-religious (70 per cent)."

Yet the Forum results are decidedly mixed and demonstrate how much work there is yet to be done to neutralize the fear campaign. When respondents were presented with specific parts of the bill, the percentage disapproving actually decreased and supporters increased.

The polling will no doubt continue to demonstrate confusion, a desire to deal with the real problem of terrorism and condemnation of the attempt to label environmentalists and First Nations as terror suspects.

Yet a huge effort will be needed to completely immunize Canadians against the next wave of Harper fear mongering. Imagine if all these efforts and similar warning campaigns had instead been put into creating something similar to the Swedish "study circle democracy." That's the only lasting solution to voter manipulation and a healthy democracy. Until we realize that, progressive politics will remain crisis management and we will continue to pin our desperate hopes on coalitions and proportional representation. But without a high degree of civic literacy, these institutional fixes will be ultimately dissatisfying.