If the Harper government has been successful at one thing, it is perpetuating the myth that indigenous peoples in Canada can either have an inquiry or they can have "action" to end the epidemic of missing and murdered indigenous women. Many have challenged this notion presented by federal ministers on a near daily basis. 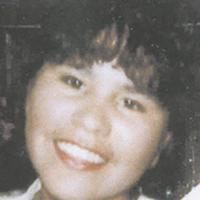 Challenging this false exclusivity is important for me as the Aboriginal Affairs critic for the federal New Democratic Party. That our government would choose against taking steps to end violence against indigenous women is as offensive as the thought that aboriginal families do not deserve a thorough inquiry into the deaths and disappearances of more than 1,200 women.

Indigenous women not only deserve a government that will do both, but it is their right to demand that they do. Governing is about priorities, and when Harper and his ministers tell indigenous people that they must choose between justice and safety, they are telling them that the memories of their loved ones and the future safety of their daughters are in competition with one another for funding, and that neither are true priorities.

Today, families, the 13 provinces and territories, national aboriginal organizations, and two federal ministers will gather in an Ottawa hotel to listen and be heard on the subject of missing and murdered indigenous women. It is worth noting that the federal government has not organized or paid for any part of this gathering. In fact, it took many months for the minister of Aboriginal Affairs and the minister of the Status of Women to commit to attending. The prime minister has not made it a priority and is not attending.

First Nations, M&eacutetis and Inuit communities are debating the merits and potential outcomes of such a roundtable. Without speculating as to its effectiveness, I believe in the merit of an official meeting of families, governments and national aboriginal organizations. Indigenous peoples have called for the provinces and Ottawa to sit down with them and engage formally on this subject for many years. This roundtable is symbolic of the fact that Canadians have recognized that this problem is endemic, systemic, and that we all have a role to play in addressing it.

What does Harper fear?

Unfortunately, I know that the federal representatives will use this opportunity to recite their favourite talking point: they'll say we can have either an inquiry or "action," because inquiries are very expensive. They'll say we don't need an inquiry, that it's just another study, and we already have lots of studies.

The truth is that Canada can afford both an inquiry and anti-violence services and programs. Canada can afford these things if we make them a priority. The Harper government has spent over $2.3 million photographing federal ministers. This is an example of one of their priorities.

What we can't afford is to lose more indigenous women.

An inquiry is not the same thing as a parliamentary study. An inquiry is arm's length, has the ability to compel truthful testimony, and will be empowered to probe into the RCMP and legal justice bodies in a way that a parliamentary committee never could. The recommendations from an inquiry are objective and widely publicized.

It's true that we have conducted several parliamentary studies on the issue. I've sat through several. The parliamentary studies are not objective. The fact that they have gone nowhere and yielded little action is precisely why we need an arm's length inquiry. Perhaps the inquiry can look at the studies that have piled up and question why successive Liberal and Conservative governments have not followed up on their recommendations.

We must ask ourselves why Stephen Harper so emphatically rejects the idea of an inquiry. Is he worried that it will raise questions regarding the government's continued underfunding of First Nations schools, shelters, housing and health services? Is he is frightened by the deeply rooted, systemic racism that it might expose in our country?

Without knowing the answers to these questions, I am left to wonder. One thing I do know, however, is that the reason Canada has not yet struck a national public inquiry into missing and murdered indigenous women or committed to comprehensive action is not because we can't afford it.