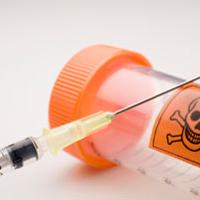 The New Push in Canada to Legalize Assisted Suicide

Stephen Harper has surprisingly become Canada's most socially progressive prime minister -- even though it's against his will and personal beliefs.

Why? Because his right-wing Conservative government has been in power for the most dramatic positive changes ever made on a series of personal rights and freedoms.

Despite Harper's own social conservatism and that of many Conservative members of Parliament, his government has presided over Supreme Court decisions that have seen Canadians gain the right to: same-sex marriage; union strikes; RCMP unionization; and now even physician-assisted dying, all while avoiding revisiting the abortion issue.

It is an irony that must rankle Harper mightily -- even former Liberal PM Pierre Trudeau doesn't come close.

Even before the most recent court decisions -- and the Conservatives' declining to try to overturn them -- his political friends were frustrated.

"It's my hope that Stephen Harper will soon get back to the values we had in 1993," former Reform and Conservative Alberta MP Myron Thompson said in 2013. "I hope he hasn't lost them, but he's certainly gotten away from them."

A still lower blow came from Gerry Nicholls, who worked under Harper at the right-wing National Citizens Coalition. Harper, at the time, he told The Globe and Mail in 2013, was "second to none when it came to criticizing conservative leaders who strayed even slightly from ideological purity."

But even by 2013, Nicholls said "what Harper is doing and what a Liberal government would do" were not very different.

Despite that view, last week's stunning Supreme Court of Canada decision on the right to die was strongly opposed by the Conservative government in legal submissions. But government lawyers failed to convince even one of the nine justices. The Feb. 6 Supreme Court decision was unanimous.

The attorney general of Canada argued that "an absolute prohibition sends the message that all lives are valued, and worthy of protection from those who may subtly encourage vulnerable people to terminate their lives."

But the Supreme Court of Canada completely rejected the Harper position.

"The prohibition on physician-assisted dying infringes the right to life, liberty and security of the person in a manner that is not in accordance with the principles of fundamental justice," the court decided in a unanimous decision released Feb. 6.

It is extremely unlikely that Harper would now invoke the "notwithstanding" clause of the Canadian Constitution to override the court after that powerful ruling and huge public support for allowing doctors to help end the lives of those suffering pain and despair from terminal illness.

With an election scheduled for Oct. 2015, Harper will not want to risk defeat by going against the tide.

And to do so would maintain an unjust law that dictates imprisonment of up to 14 years for anyone aiding or even counselling someone to commit suicide -- something intolerable to Canadians.

Meanwhile, those who fought long and hard on this case are grateful.

"This is one incredible day. Physician-assisted dying is now recognized for what it is: a medical service that brings an end, for some individuals, to unbearable suffering," Grace Pastine, litigation director of the B.C. Civil Liberties Association, which started the challenge, said in Ottawa Friday.

Indeed it was incredible.

I was with both my parents when they died in hospital. Sadly, it was neither painless nor peaceful. This decision is merciful but tragically much too late for far too many people.

Harper must listen to both the court and public -- and not stand in the way of ending further unnecessary suffering.