This much you know: The Kingdom of Saudi Arabia has sealed a multi-billion-dollar deal to buy light armoured vehicles from Canada. 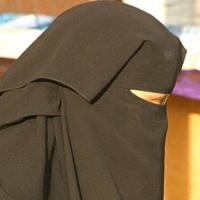 In Saudi Arabia, a New Era for Women

Here's what you might not know: The Saudi regime is buying these vehicles not to defend the nation from foreign threats, but to protect the regime from Saudis -- from internal dissent and demands for reform.

Although both the Canadian and Saudi announcements of the deal early last year -- which is being offered up by Ottawa as a triumph for Canadian manufacturing -- were shy on detail, various reports say the LAV III light armoured vehicles, made by General Dynamics Land Systems Canada in London, Ontario, are not for the Saudi Arabian Army.

According to reports in a variety of specialist military publications -- including Jane's, the UK-based group of defence industry publications -- the LAV IIIs are for the National Guard (SANG), a 100,000-strong force of Bedouin tribesmen and Wahhabi religious zealots whose prime task is to protect King Abdullah and the royal family from domestic opponents.

Indeed, the SANG acts as the king's personal army, is not administered by the Ministry of Defence and is commanded by his son Miteb. One of the SANG's main duties is to protect the monarch from military coups. Another is to guard the country's Muslim religious sites.

The role of the SANG, which outnumbers the 75,000-strong Saudi Arabian army, will be of critical importance in coming months and years as the country approaches an unprecedented succession crisis. King Abdullah is 91 years old and in failing health.*

Under the strange Saudi succession system, the next king will be chosen from among the surviving brothers of the regime's founder, Ibn Saud. The current crown prince is Abdullah's half brother, Salman, 78. And Abdullah has appointed another surviving half brother, Muqrin, 71, the youngest of Ibn Saud's 45 sons, as "deputy crown prince."

But it cannot be long before the succession moves into the third generation of the royal family, which includes hundreds of eligible princes, several of whom are already positioning themselves to grab the throne.

His control of SANG -- soon to be equipped with the potent Canadian armoured cars -- puts Miteb in a strong position to make a bid for power. But he faces a challenge from Interior Minister Mohammed bin Nayef. Nayef comes from the so-called "Sudairi Seven" faction, the extended family of the seven sons of Ibn Saud's favourite wife, Hessa al-Sudairi.

The world got a brief glimpse of what SANG does early in 2011 when the Arab Spring uprisings swept through Saudi Arabia's Gulf State neighbour, Bahrain. The Sunni Muslim rulers there faced mass demonstrations from the island's Shiia Muslim majority. Saudi Arabia, the heartland of Sunni Islam, dispatched SANG armoured cars to aid Bahrain's royal family and disperse the protesters.

The SANG was accused of using excessive violence in Bahrain -- charges which Saudi Arabia has denied.

While command of the Canadian-made LAV IIIs may or may not play a role in the Saudi succession, there is no doubt the SANG will continue to be the main force protecting the kings from dissent and demands for reform of Saudi Arabia's absolute monarchy.

The SANG grew out of the tribal army with which Ibn Saud fought first the colonial Ottoman Turk empire in the early 1900s and then rival tribal leaders to create Saudi Arabia in 1932. Until 1954, when these fighters were renamed the National Guard, they came under the authority of the Office of Jihad and Mujahidin -- which illustrates the tribal and puritanical Wahhabi religious culture from which they spring.

In their early years, the SANG brigades had a reputation for committing atrocities. In the 1970s, several hundred U.S. Vietnam War veterans were employed to retrain the SANG as a disciplined, mobile counter-insurgency force.

Command of the SANG has always gone to a prince close to the current king, and this private army represents for the House of Saud a firm cultural link with its Bedouin past. The rural tribesmen are considered less susceptible to subversive ideas or alien ideologies. Battalions and their commanders usually all come from the same extended family. The counterpoint to this is that successive Saudi kings have never trusted the other armed services, especially the army and the airforce, whose members are drawn mainly from the cities.

Many analysts of the Saudi military have pointed out that the main regular army and airforce bases are in isolated regions of the country, from where it would be almost impossible to launch a coup against the monarchy. SANG bases, on the other hand, are spread throughout the cities -- where they can be deployed quickly to protect the royal family and quickly squash any civil unrest.

General Dynamics Land Systems Canada has a long history of supplying armoured cars to the SANG. Since 1992 it has supplied the Saudi National Guard with over 1,600 earlier variants of the LAV. The new order, announced by International Trade Minister Ed Fast in February last year, is to replace these earlier models.

Both the company and the Saudis are keeping elements of the contract confidential, including exactly how many of the LAV IIIs will be supplied and the exact cost. The base value of the contract is $10 billion, but some reports say it could go as high as $13 billion, depending on what options the SANG wants.

The LAV IIIs can be mounted with a variety of armaments, including a 25mm automatic cannon, a large calibre 90mm gun and a battery of TOW anti-tank and armour-piercing missiles.