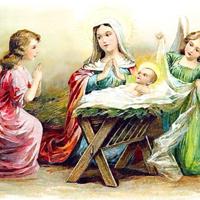 As Christmas approaches and the season of goodwill to all changes us from Scrooges and Grinches to more charitable, friendly people, it's a good time to reflect on how we demonize our politicians.

Political columnists like me are potentially among the worst offenders.

But two things recently got me thinking that while criticism is good, demonizing is not.

First, I recently happened to go to Clark's government biography website page and to my great surprise discovered that she and I would recommend the exact same book to others: Team Of Rivals: The Political Genius of Abraham Lincoln by Pulitizer-Prize winner Doris Kearns Goodwin is a stunning 2005 biography of one of the most amazing leaders any country has ever seen.

(Stephen Spielberg used it as the basis for his 2012 film Lincoln that won Daniel Day Lewis a best actor Academy Award for portraying the assassinated American president.)

That Clark and I would both read and relish the same book reminded me that whatever differences we have, there are some things we can agree on.

The second reminder came from my neighbour, a life-long New Democrat.

She happened to be visiting the Group of Seven, Tom Thomson and Emily Carr section of the Vancouver Art Gallery and was startled to see federal Conservative Finance Minister Jim Flaherty there too -- just months before his unfortunate passing in April 2014.

"Mr. Flaherty -- nice to see you here -- are you a fan of the Group of Seven?" my friend asked and then struck up a non-political conversation with Flaherty, who told her how much he loved Carr's paintings and had taken a break after a government event in the Hotel Vancouver for a quick peak at some of Canada's greatest artists.

To her it was a poignant example of the fact that even our fiercest foes can share our humanity, our love of art, country and more.

Am I getting soft on politicians? Ha -- not likely!

But I think it's good to remember that they share at least some of our values and humanity.

Look at Harper's biography page and you will see his wife Laureen, son Benjamin and daughter Rachel or see Clark's son Hamish on her website. My political opponents have families, joys and sorrows like all of us.

So Merry Christmas Christy Clark, Stephen Harper, Justin Trudeau, Tom Mulcair and everyone else criticized here -- really! And to all The Tyee's readers - see you in 2015!