Unequal societies are sick societies, and today's Canada is falling deeper than ever into the fever dreams and night sweats generated by growing inequality, recent research from the Broadbent Institute suggests. 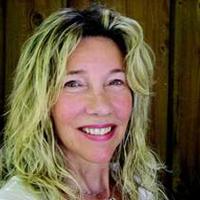 The Institute, founded by former NDP leader Ed Broadbent and widely viewed as close to his party, has published Haves and Have Nots, a study of wealth inequality in Canada. The findings show that in 2012 the wealthiest 10 per cent of Canadians controlled nearly half of the nation's wealth while the least wealthy half owned less than six per cent. (In fact, the poorest 30 per cent of Canadians own only one per cent of national wealth.) And our province is a national leader in wealth inequality, with the richest 10 per cent of British Columbians controlling over 56 per cent of provincial wealth.

Our province has the second largest gap between highest and lowest earners in Canada, after Alberta. According to a discussion guide document produced by Simon Fraser's Public Square project, the bottom 20 per cent of BC workers earned only 16.5 per cent of what the top 20 per cent earned. More BC workers (11 per cent) live below the Stats Can Low Income Cut off line than in any other province, and the most recent numbers available (for 2011) show B.C. tying with Manitoba as the provinces with the highest levels of child poverty.

Why does this matter? Perhaps most because evidence shows that wealth and income inequality increases the level of a whole range of social pathologies.

Inequality literally makes us sick, suggests the finding of social scientists like Richard Wilkinson and Kate Picket, whose 2010 masterpiece The Spirit Level surveyed a wide body of studies that reflect a repeated and convincing correlation between high levels of income inequality and symptoms of social malaise, including premature births, obesity, infant mortality, social isolation, failure to complete high school, psychiatric hospitalization and rates of imprisonment for serious crime.

While it is a basic tenet of social science that correlation does not necessarily imply causation, (and some critics have suggested that Wilkinson and Picket's work is methodologically flawed) the enormous body of statistical data aggregated by the two British social scientists from multiple studies (that all show measures of social malfunction varying directly with levels of inequality) are persuasive.

Unequal societies, on the evidence, are bad for everyone -- rich and poor. And Canada, midway between the highly unequal U.S. and the comparatively more equal Nordic states when income and wealth distributions are measured, also scores in the middle of the continuum on measures of social dysfunction.

So, what is to be done? Clearly, if we want to reduce social pathologies like psychiatric admissions, premature birth rates and failures to complete high school in Canada, reducing inequality seems like one logical place to begin.

And that's where organized labour comes in.

Union workers in Canada average close to $7.00 an hour more in wages than their unorganized sisters and brothers, and unions have been important lobby groups for social policies like increased minimum wage, a legislated living wage for families, publicly provided health care and education and many others that narrow the gap between the richest Canadians and the poorest.

A combination of increased union membership and the income redistribution impacts of a revitalized social welfare system and sane, progressive tax policies would go far toward reducing the now extreme and lethal income/wealth gap in Canada. For this to happen, some of the most extreme taxation and policy changes brought in over the past few decades by federal and provincial governments dancing to the tune played by the country's big businesses need to be reversed.

Taxation needs to go up on corporations and wealthy individuals and income redistribution through minimum wage increases and social transfer payments need to increase.

At the same time, labour law should be changed to remove some of the most egregious barriers to organizing that have been imposed during the past few decades.

These changes will not, in themselves, eliminate the problems generated by inequality, but they would be a good beginning.