"Whenever you're in conflict with someone, there is one factor that can make the difference between damaging your relationship and deepening it. That factor is attitude." -- William James, American psychologist, 1842-1910 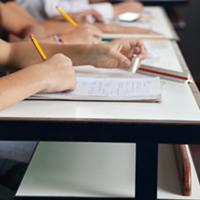 Dear Parent of the Average Child

Any observer can tell that when it comes to the BC Liberal government and the B.C. Teachers' Federation, there is almost no relationship but plenty of attitude. And both sides have lots of reasons why they don't get along.

But unlike a constantly quarrelling couple that should just split up and go their separate ways, the provincial government and the teachers' union can't get a divorce -- not now, not ever.

The sour marriage desperately needs counselling, especially if we don't want the relationship to affect the kids, in this case B.C. students.

Fortunately, there is a solution, one that has been around all along.

Towards a 'mature' relationship

The B.C. Labour Relations Board has an innovative and effective program for dysfunctional collective bargaining partners.

"The Relationship Enhancement Program is intended for employers and unions who are experiencing difficulties in their ongoing relationship and who are interested in establishing and maintaining a more productive and positive relationship," reads the board's website.

As a former employee representative at the board, as well as a senior staff person at the B.C. Federation of Labour, I've seen some very ugly, antagonistic union-management situations transform through this program into "mature bargaining relationships," where conflict is appropriately managed.

That doesn't mean there will never be a strike or lockout, but it does mean that most often the union and employer will reach a new contract without a work stoppage, and that happens in about 97 per cent of all negotiations in Canada.

One thing is clear: you can't enhance the relationship in the middle of a dispute. It has to happen with the heat off.

Give peace a chance

So here's one of many possible ways to end this strike/lockout and try to fix the relationship for next time.

The government can start by agreeing to negotiate, not legislate. Teachers can't accept an imposed contract that ignores all their concerns, and neither party wants an arbitrated agreement: government for fear of the costs, the union for fear of possible outcomes. So they have to negotiate.

Both sides agree to a short-term contract, not a six or 10-year deal, during which time they participate willingly in the Relationship Enhancement Program.

They accept that there will be wage increases for teachers, and that for this short contract they will be within the broader public sector wage settlement parameters.

They embrace the universal acceptance that kids with special needs deserve more help in the classroom, and funding this must be part of the immediate contract.

Could this actually work? Yes.

But as the Labour Relations Board clearly states: "The program will only succeed if both the employer and the union acknowledge that their relationship needs improvement. In addition, they both must be prepared to commit the time and resources required. It must be strongly emphasized that support for the program by the key personnel from both the employer and the union is essential."

Given that each side has spent millions of dollars, teachers and support staff have lost countless hours of pay, students have missed class time, the government's reputation is further damaged, and we appear no closer to an agreement, I would say it's time to give peace -- and counselling -- a chance.