Kinder Morgan needs a social license to build its heavy oil pipeline. You would think the company would do everything possible to build the public's trust. Instead, the Texas-based company's proposed Trans Mountain pipeline expansion is almost 50 per cent bigger than what we've been led to believe. 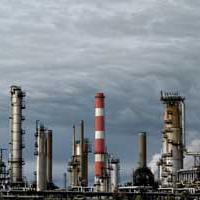 The company tells us their project would lead to an additional 540,000 barrels a day of oil sands diluted bitumen and 29 more Aframax oil tankers a month through the Salish Sea and Burrard Inlet. This is the "applied for" capacity in the company's 15,000-page expansion application filed with the National Energy Board, and the capacity undergoing environmental assessment and public interest review.

In May 2012, the Tyee reported Trans Mountain's twin could mean more than 1.1 million barrels a day of crude oil pumped through British Columbia into the densely-populated Lower Mainland, with most of it destined for export on oil tankers. The concern was raised again in March 2014 when it was revealed there is a loophole in the National Energy Board Act that oil companies rely on to avoid environmental assessment and public interest scrutiny.

Section 52 of the NEB Act requires a public review and environmental assessment of "designated projects" as defined by the Canadian Environmental Assessment Act. Section 52 covers the current Trans Mountain expansion because Kinder Morgan requires more than 40 kilometres of new land along the pipeline route. Later on, when Kinder Morgan decides to expand to its designed capacity, it won't do so under Section 52 but under Section 58 of the NEB Act. Section 58 is meant to streamline the approval process and doesn't trigger an environmental assessment or public interest review.

Kinder Morgan finally admitted the truth about its designed capacity earlier this month. The National Energy Board asked it do so in an information request sent to the company as part of the Section 52 review currently in process (see pages 457 to 464). Kinder Morgan told the NEB that "Trans Mountain has considered a theoretical future expansion scenario of 780,000 barrels per day average annual (sustainable) capacity on Line 2... The purpose of considering a future expansion case is to ensure that the pump station piping sizes, pump configurations and other design elements, selected for the currently proposed expansion, are appropriate for the higher capacity, and that physical space is available..." Translated, this means that the future potential expansion is built into Trans Mountain's plans and related capital costs are included in the $5.5-billion construction budget filed with the regulator.

Kinder Morgan has told its shareholders that the million-barrel per load Suezmax oil tankers could start to call at Westridge Terminal as soon as they dredge Burrard Inlet to make it wider. Dredging Burrard Inlet might be a few years away because of certain technical constraints but Kinder Morgan has stated publicly that the Port of Metro Vancouver is onside, with the dredging plan (see Page 9).

Kinder Morgan knows its evasiveness is without consequence. The regulator is unlikely to push for a more concise answer. Even if it did, it would do nothing to expand the scope of the current environmental assessment and public interest review to include the system's designed capacity and impact of increased tanker traffic. The board elects to assess "applied for," not designed, capacity.

A similar situation arose during the Enbridge Northern Gateway project review. Northern Gateway’s oil pipeline is designed to ship 60 per cent more oil and its condensate pipeline 40 per cent more condensate than the capacity applied for in the application. This triggers 50 per cent more oil tanker traffic than the marine spill risk assessment considered. The Gitga'at First Nation filed a notice of motion and formally requested the regulator's Joint Review Panel expand the scope of the environmental assessment to include the biophysical and human effects of the designed capacity of the project and the related oil tanker traffic.

It's a clever game the regulator and pipeline operators play. They know full well subsequent applications mean Section 58 applications, and that Section 58 applications mean far less scrutiny, no mandated public review, and an extensive increase in diluted bitumen spill risk that is allowed to slip in under the radar un-assessed. If the National Energy Board really meant to protect the public interest, it would ensure designed capacity formed the scope of its review.