On May 13 I attended a meeting of the Board of Governors of Capilano University, which has had a very bad year. 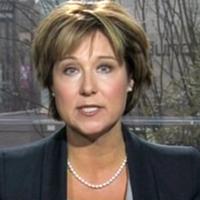 Students' Dreams Must Now Be 'Data-driven'

Last spring the board agreed to cut several programs altogether. This caused considerable anger and bitterness, especially since the recommendations for the cuts had been made by a handful of administrators without consulting the university senate.

Recently, the B.C. Supreme Court ruled that the board's failure to consult with the senate was a breach of the University Act. This upset the board members, who may yet appeal the decision.

Adding to the angst was the disappearance of a satirical sculpture of Cap's president, Kris Bulcroft, which had been created and displayed on campus by George Rammell, an instructor in the now-dead studio arts program. Thanks to media coverage, the sculpture has now been seen across the country, and by far more people.

Board Chair Jane Shackell (who was my student back in 1979) stated at the meeting that she had personally ordered the removal of the sculpture because it was a form of harassment of a university employee, the president. Rather than follow the university's policy on harassment complaints (and Bulcroft had apparently not complained), Shackell seemed to see herself as a one-person HR committee concerned with the president alone.

At the end of the meeting another retired instructor made an angry protest about the board's actions. Like the judge in a Hollywood court drama, my former student tried to gavel him down.

I didn't feel angry at her; I felt pity. It was painfully clear that she and her board and administration are running on fumes.

I look at this incident not as a unique outrage, but as just another example of the intellectual and moral crisis gripping Canadian post-secondary education. The old scientific principle of mediocrity applies here: very few things are unique. If it's happening in North Vancouver, it's probably happening everywhere.

And it certainly seems to be. On the strength of one short video clip, Tom Flanagan last year became an unperson to the University of Calgary, where he'd taught honourably for decades. He was already scheduled to retire, but the president issued a news release that made it look as if he was getting the bum's rush.

More recently, Dr. Robert Buckingham publicly criticized a restructuring plan at the University of Saskatchewan, where he was dean of the School of Public Health.

In a 30-second interview with the university provost, he was fired and escorted off campus.

A day later the university president admitted firing him had been a "blunder" and offered to reinstate him as a tenured professor, but not as a dean. It remains to be seen whether he'll accept.

The problem runs deeper than the occasional noisy prof or thin-skinned administrator. It's systemic, developed over decades. As the Canadian Centre for Policy Alternatives noted last November, the University of Manitoba faculty very nearly went on strike until the president's office agreed to a collective agreement ensuring professors' right to speak freely, even if it meant criticizing the university.

At about the same time, the Canadian Association of University Teachers published a report, Open for Business. CAUT warned about corporate and government deals with universities that would ditch basic research for more immediately convenient purposes.

"Unfortunately," the report said, "attempts by industry and government to direct scholarly inquiry and teaching have multiplied in the past two decades.... For industry, there is a diminished willingness to undertake fundamental research at its own expense and in its own labs -- preferring to tap the talent within the university at a fraction of the cost.

"For politicians, there is a desire to please industry, an often inadequate understanding of how knowledge is advanced, and a short time horizon (the next election). The result is a propensity to direct universities 'to get on with' producing the knowledge that benefits industry and therefore, ostensibly, the economy."

This is not a sudden development. The expansion of North America's post-secondary system began soon after the Second World War and really got going after Sputnik, when the Soviets seemed to be producing more and better graduates than the West was. That expansion helped to fuel decades of economic growth (and helped put the Soviets in history's ashcan).

Throughout that period, academic freedom was in constant peril. In the Cold War, U. S. professors were expected to sign loyalty oaths. In 1969-70 Simon Fraser University went through a political upheaval in which eight faculty members were dismissed and SFU's first president resigned.

What is different now is that Canadian post-secondary must depend more and more on less and less government support. Postwar expansion has become a Faustian bargain for administrators: to create and maintain their bureaucracies and programs, post-secondary schools must do as they're paid to do. If public money dwindles, it must be found in higher student fees, in corporate funding, in recruiting foreign kids desperate for a Canadian degree.

So it's no surprise that Dr. Buckingham was sacked for criticizing a budget-cutting plan to rescue an ailing School of Medicine by putting it into Buckingham's thriving School of Public Health.

And it's no surprise that Capilano University had shortfalls right from its announcement in 2008. It had to become a university to attract more foreign students than it could as a mere college, but at the last minute the Gordon Campbell Liberals reneged on their promise to give it university-level funding.

For six years, then, Cap's board and administration have known they were running on fumes. They are in the same predicament as B.C. school boards, who must do the government's dirty work and take the blame for program and teacher cuts.

In 40 years of teaching at Cap, I rarely attended board meetings, and never did a board member visit my classes. I don't know the members of this current board, apart from a couple of faculty representatives, but I've served as a North Vancouver school trustee. As an education journalist I've talked to a lot of university and college administrators, not to mention school trustees. I know how they think.

For any school or university board, underfunding creates a terrible predicament: protest too loudly and you'll be replaced by a provincial hireling who'll cut without regard for the school's long-term survival. If you have any love for the institution, you can only try to do damage control. But when your teachers or professors protest, as they have every right to, that annoys and embarrasses the government. It will punish you for not imposing the "silence of the deans" on them.

University presidents and senior administrators make six-figure salaries and enjoy high prestige. They are supposed to be both scholars and managers. Their boards are supposed to be notable achievers as well, though their achievements have often been in the service of the governing party. Their education has served them well, and now they can serve education.

But a Darwinian selection process has made them servants of politics instead, detached from the true principles of education. When they realize that their job is not to serve education but to make the government look good, they panic. Everything they learned in school about critical thinking and reasoned argument vanishes.

In reward for previous achievements and political support, the B.C. government appointed Cap's board members to run the school without giving them the money to run it well, or even adequately. And whatever their previous achievements, they have lacked the imagination and creativity -- the education -- to do anything but make matters worse. Faced with an angry faculty and a humiliating court judgment, they have drawn ridicule upon themselves and the university.

They can't extricate themselves and they have no arguments left to offer -- only the frantic banging of a gavel that can't drown out the voice of an angry retired prof exercising his right to speak freely.