In the 1880s Lord Randolph Churchill said it is the duty of the opposition to oppose. This was a very important aphorism for it is the basis for our system -- a system that gives the government enormous powers as we all know. The opposition has very limited powers. All it can really do is expose the weaknesses of the government but if it doesn't do this it doesn't do its job. 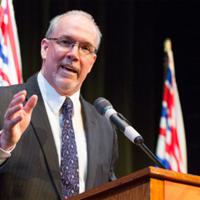 Why New Democrat John Horgan Can Win BC's Next Election

The province of British Columbia has many people who believe in the philosophy of the opposition. If the leader of that opposition does not bring his philosophy to the fore in dealing with government policy he doesn't do justice to his followers. More importantly, he doesn't keep those who see themselves as "independents" informed.

The new NDP leader John Horgan seems to be very fond of development. He is on the "right" side of the party and is very sensitive to labour unions who see big business bringing lots of jobs to British Columbia. One can understand this concern. After all, promoting and protecting more jobs for their members is what they are in business to do. Unfortunately the jobs coming from the development proposals we see all around us will bring very few jobs to British Columbians. There will be outside expert crews coming to build pipelines but the cheap labour is all British Columbia will be left with. None of these enterprises leave behind any large number of good paying jobs.

British Columbia is now overwhelmed with development proposals. Whereas a couple of years ago we were dealing with the Enbridge Northern Gateway and the Kinder Morgan pipelines, we now have numerous LNG projects proposed all over British Columbia.

Opposition to these massive intrusions into our society is left to the environmental movement which is at the very best a loose federation of disparate groups who have a difficult time getting together on anything, much less on one proposition.

If the spectacular invasion of our economy and our way of life comes about, British Columbians must be prepared for a great change in their lifestyles. "Beautiful" British Columbia will be much diminished. Tourism will be adversely affected in almost every part of the province. We will have to get used to being an industrial province.

Frankly I'll go down dying with my boots on.

I do not think British Columbia needs all this development, nor even the profits it promises. Where is the profit in transporting other people's petroleum products? Natural gas will in a very short period of time become a glut on the market and we will see that all these billion dollar promises to pay off our debts and set up prosperity funds will be a snare and a delusion. In exchange for these wild promises we will give up the province we love.

We will be placing far too much reliance on First Nations to do our job for us. Many of them are showing the signs of crumbling before the onslaught of the greenback. One cannot blame First Nations with 85 per cent unemployment from taking financial help where they can get it.

The place Aboriginals are likely to take their strongest stand and maybe a stand that counts, is in Kitimat inlet and other fjords. Otherwise it's a British Columbia that will be irreparably damaged by tanker traffic.

This is something we have not thought enough about. It isn't just Kitimat which will see this huge increase in tanker traffic. The equation is an easy one -- if there are going to be spills (and no one denies there will be) it's only a matter of time before extensive damage and permanent damage is done to these areas.

Something that has not been talked about much, although it's getting more play, is the increased tanker traffic in Greater Vancouver. This will be huge and will not just impact Vancouver Harbour but will also have an enormously adverse impact on Howe Sound, the Salish Sea, the Gulf Islands and the Strait of Juan De Fuca.

In my view we are mad to allow this to happen.

Whether we can stand up to this remains to be seen. We cannot do it without John Horgan taking a new stand on behalf of this province.

I was puzzled by the criticism of Mr. Dix when he came out against the Kinder Morgan pipeline during the last election. He logically had to -- how could you be in favour of it and against the Northern Gateway project? Both of them are essentially identical.

Without the NDP returning to the position of Her Majesty's Loyal Opposition we're only waiting to see Mr. Horgan's three-piece suit approach to industry and other governments betray a "me too" attitude alongside that of Christy Clark.

This will be seen as a golden opportunity for the Green Party.

No doubt this is true except one cannot possibly see the Green Party as posing a threat to be government. Under our system, unless a party has the government or a formidable part of the Opposition, it is no more than a relatively useless part of the Talk Shop we call the legislature.

These are not happy times for those in British Columbia who care about the environment.