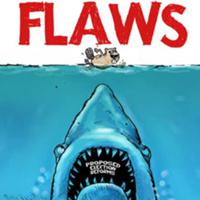 Their response? "It's fair and reasonable that Canadians have some form of identification to vote."

The commissioner of Canada Elections says he needs the power to compel testimony because political operatives are frustrating his ability to solve election fraud such as the 2011 robocall scandal.

Their response? "The police secure convictions without this power. Why can't Elections Canada do the same?"

These are impressive talking points. They are intuitive, easy to understand. And incredibly frustrating for those of us who believe in evidence-based decision making.

This "Fair Elections Act" represents a unique moment. The government of the day is attempting to change the fundamental rules of our democracy without any prior consultation with Canadians or opposition parties and without securing the support of even one credible, non-partisan, unbiased expert or organization. They have zero external validators, which is not entirely surprising given the near-complete lack of evidence that would substantiate the core provisions of this act.

There is no basis for denying our elections watchdog the clearly needed power to compel testimony (accompanied by the appropriate safeguards recommended by Elections Canada). In addition to the Competition Bureau which used this power 26 times last year alone, seven provinces, Australia and the United States all grant this ability to their elections watchdogs.

There is absolutely no proportionality between making it harder for Canadians to exercise our constitutionally protected right to vote and fixing the non-existent problem of individual voter fraud. Every credible expert and civic organization has made clear how devastating the removal of vouching would be for marginalized Canadians. Perhaps that's why in every single Canadian province and territory, either no identification whatsoever is required to vote, or the safeguard of vouching or declaration voting is permitted.

There are no reasonable grounds for denying Elections Canada the ability to try and reverse the alarmingly low rate of youth voting by experimenting with innovative get-out-the-vote efforts. Non-partisan third-party campaigns are necessary to motivate youth to vote since self-interested political parties tend to focus their mobilization efforts at those demographics more likely to vote.

There is no legitimate reason to exempt fundraising expenses from spending limits other than to benefit the Conservative Party and crowd out independent candidates or new aspiring political parties.

There is no credible rationale to permit partisan appointments of central poll supervisors.

Yet so confident are the Conservatives in their talking points that they are willing to stare this evidence straight in the eyes and say: "Bring it on." They are quite literally daring opposition parties, the media and civil society to try and win this battle between rhetoric and reason. The likes of current, past and provincial chief electoral officers, the elections commissioner, the former auditor general, the former chair of the Royal Commission on Electoral Reform and Party Financing, non-partisan civil society organizations and hundreds of respected Canadian and international academics don't scare these guys.

They've gotten away with it before. Think prorogation. Or the removal of the long-form census. Or their irrational (and apparently largely unconstitutional) "meaner not safer" approach to tackling crime. Or their proclivity for inserting every imaginable legislative change into omnibus budget bills. Every time, despite widespread opposition that admittedly may have hurt Harper in the polls, his take-no-prisoners, talking point-heavy approach has won the day.

Yet the Fair Elections Act is different. This is about changing the rules of the game, not about scoring a few points during the game. If Canadians care about having truly free and fair elections, with meaningful participation across all segments of our society, this act must be defeated.

The challenge at hand

Given the power of these talking points, especially to the millions of Canadians who are understandably put-off by our current toxic brand of politics, it is incumbent on us all to participate in this battle.

Canadians need to be willing to educate their friends and family about the dangers of this act, as evidence has proven that we are more likely to listen to people we trust than the media or politicians.

Opposition parties and the media need to continue sounding the alarm bells, day after day, week after week, even if it seems as though it's the same old story.

Civil society groups need to do everything they can to educate their members about the dangers of this bill, give them the tools necessary to share that message with their communities and mobilize them to clearly demonstrate that passing the Fair Elections Act will lead to Prime Minister Harper's downfall in 2015.

Make no mistake: this act, if passed as is, will stack the deck in the Conservatives' favour for the 2015 election and beyond. And, perhaps even more importantly, it will signal the death of reason in politics.