"Fascism should more appropriately be called Corporatism because it is a merger of state and corporate power." -- Benito Mussolini 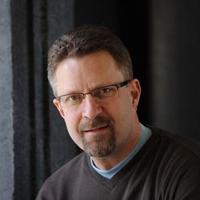 Canada's Spy Watchdogs Are Lobbyists, and That's a Problem

With the announcement by the B.C. Civil Liberties Association (BCCLA) of formal complaints against the RCMP and Canadian Security Intelligence Service (CSIS) for illegally spying on environmental groups opposed to the Enbridge Northern Gateway pipeline, should we ask the question: are we there yet?

But it is instructive to reflect once in a while on Mussolini's musings about the true character of fascism. The word itself has become almost unusable given that for years it has been applied to the guy who cut you off in traffic or your neighbour who refuses to silence his dog. And, absent of goose-stepping soldiers and brown-shirts breaking down your door in the middle of the night, people simply don't think much about fascism. The last infamous Western fascist was the murderous Augusto Pinochet (best buddy of Margaret Thatcher's).

But while a fascist system may be a long way off, fascist attitudes and behaviour are clearly not. And if we shy away from using the term to describe genuinely alarming and unprecedented trends in that direction then we effectively declare that any new anti-democratic measure, any incremental assault on our rights, is still somehow within the bounds of normality.

Until it isn't, and then it's too late.

While media owners, editorialists, journalists and academics periodically rise to the occasion and decry Stephen Harper's brazen attacks on our institutions, it seems to me that they doth protest too little. The day after the BCCLA announced its formal complaint the media response was generally a big ho-hum. Harper business as usual. Old news.

Harper's general list of assaults, as bad as they are (and columnist Lawrence Martin has compiled a pretty thorough one here), is different from our prime minister's genuinely frightening decision to enlist the country's security apparatus in the direct and immediate service of the oil industry. Nothing like this has ever happened before in Canada.

Paranoid governments in the past have used the RCMP and CSIS to spy on political enemies, infiltrate activist organizations and have even sent in agent provocateurs to tarnish the image of political protest. But to arrange to have intelligence and police agencies, government representatives, a government agency supposedly responsible to Parliament and the Canadian people (the NEB) and corporate executives all sit around a table to explicitly violate not only our democratic rights but the law of the land is a grotesque step beyond.

The open use of government security forces on behalf of private corporations was first revealed in the Vancouver Observer on Nov. 19 last year. Reporter Matthew Millar wrote:

"On May 23, 2013, Natural Resources Canada hosted a 'Classified Briefing for Energy & Utilities Sector Stakeholders' in collaboration with CSIS and the RCMP at CSIS's headquarters in Ottawa."

Millar's FOIs revealed just how casual corporatism has become under the Harper regime. The meeting was announced by way of a one page announcement entitled "Classified briefing for Energy & Utilities Sector Stakeholders -- hosted by Natural resources Canada, in collaboration with CSIS and RCMP" and was replete with the logos of some of the corporations being briefed, including Bruce Power and Brookfield Renewable Energy Partners who were co-hosts of a reception at the Chateau Laurier in Ottawa. The breakfast meeting the next morning was sponsored and paid for by Gateway's Enbridge. The collusion of all these players had been going on for so long (since 2005 according to Millar) that the meeting was billed as any other Natural Resources Canada meeting might be -- just business as usual.

The rational for the collection of covert intelligence on environmental groups opposed to the gateway project was protection of the NEB hearings and the panel members conducting them. But clearly no one believed there was a threat. RCMP's Tim O'Neil, senior criminal intelligence research specialist, reported there was "no intelligence indicating a criminal threat to the NEB or its members... I could not detect a direct or specific criminal threat." Nonetheless, he delivered the desired, contradictory (and outrageous) prediction: "It is highly likely that the NEB may expect to receive threats to its hearings and its board members."

Let's be clear about who was being targeted as potential sources of these alleged threats: some of the most public, transparent and principled organizations in the country, including Idle No More, ForestEthics, Sierra Club, EcoSociety, Leadnow, Dogwood Initiative, the Council of Canadians and the People's Summit. None of these organizations have ever been cited for any activity except effective democratic engagement.

As Will Horter of Dogwood Initiative told me, "What we are all doing is exactly what a democratic society asks of its citizens -- to get informed, to be engaged, to come together in communities to discuss what's best for the country. But instead of being congratulated for getting a record number of citizens out to the NEB hearings we are demonized, vilified and spied upon."

One of the meetings deemed worthy of covert infiltration was a church basement gathering in Kelowna which helped retired seniors make hand-painted protest signs and trained them in story-telling as a communications technique. Virtually any activity of any of the organizations targeted by this chilling cabal would have been equally innocent.

Where does it end?

An obvious question poses itself: How far will the Harper government go to neutralize those who oppose the massive expansion of the tar sands? What's next? Covert conservative operatives trashing the offices of enviro groups? Hacking into computers and destroying an organization's data? Sabotaging activists' vehicles? If this sounds far fetched ask yourself how, 10 years ago, you would have assessed the likelihood of the breathtaking violations of democracy that have already taken place in this country.

There is a hint of the kind of escalation the government is already implementing. Seven major environmental groups are now being audited by Revenue Canada to see if they are sticking to the rules limiting political activity or advocacy to a maximum of 10 per cent of their resources. In 2012 Finance Minister James Flaherty allocated $8 million to increase the auditing of environmental groups. He is hinting at more draconian action to further restrict charitable organizations' activities.

And to further demonize the groups -- the David Suzuki Foundation, Tides Canada, West Coast Environmental Law, the Pembina Foundation and several others -- Flaherty last week implied they could be connected to international terrorist groups.

Challenged on the obvious targeting of political enemies, Flaherty shot back: "There are some terrorist organizations, there are some organized crime organizations, that launder money through charities and that make donations to charities and that's not the purpose of charitable donations in Canada." This statement would be laughable were it not so grossly irresponsible. It was clearly designed to create hatred of these groups so that if and when they are stripped of their charitable status there will be enough Canadians suspicious of them to support the government.

Given the pace at which the Harperium is neutralizing democratic rights in this country, wary citizens must now be on guard that the next election is not stolen, one way or the other, by a prime minister apparently committed to dismantling democracy and permanently changing the country.

Standing in Harper's way are the organizations he is targeting with audits, illegal spying, public demonizing and open threats. Anyone who cares a whit for this country has to commit themselves to preventing this from happening. Should these vital organizations be stripped of their charitable statuses, we, as citizens with a huge stake in the outcome of these battles, must commit to making up any loss of contributions they suffer as a result. And if you are not already giving to them, start now. Our response to Harper's intimidation tactics being challenged by the BCCLA should be to immediately contribute to the organizations in question.

The fight against Big Oil corporatism may be the most important one you ever support.