"We pride ourselves on being a transparent organization, open to all -- potential members, curious onlookers, researchers et al." -- Canadian Ethnic Media Association 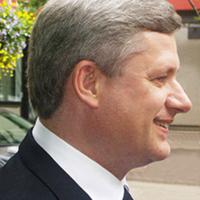 Why 'Abuse' of Temp Foreign Workers Is Hard to Stop

Is it discrimination to hold ethnic media only news conferences where English-language journalists are deliberately excluded, or just political pandering?

Vancouver is one of the world's most integrated and diverse cities, yet we still see ethnic media segregation. Why do some ethnic media get invites, while others seen to be more critical in their coverage are excluded?

Tough questions, all prompted by 24 Hours Vancouver's Jeremy Nuttall, who broke the national story that Prime Minister Stephen Harper held a secret and lengthy news conference in Vancouver this month -- but only for invited ethnic media.

Nuttall also obtained an audiotape that spilled the beans. It showed that Harper actually made news at the conference, denouncing some employers for their "outright abuse" of the Temporary Foreign Worker Program his government has been under fire for and made amendments to.

Harper rarely holds news conferences for journalists, preferring photo opportunities with no questions. But he was very happy to do so in front of what he presumably believed was a friendly crowd: invitation-only ethnic media.

B.C. Premier Christy Clark is no different, holding an Asian media only news conference last week that was crashed by 10 English-language media outlets after 24 Hours Vancouver publicized it.

New Democrat leader Adrian Dix also held an Asian media "newser" this month, but allowed 24 Hours Vancouver to attend when a request was made.

Even Toronto's cracker of a major Rob Ford met ethnic media editors last week, hours before a drunken appearance where he slurred Jamaican patois in a fast food restaurant and was caught on video.

This is all wrong.

These exclusive conferences are about politicians attempting to pander to particular communities outside the scrutiny of other media, sometimes sending very different messages than the ones English-language mainstream media receive from the same party.

It also can be insulting to ethnic journalists, who are as ethical and challenging to politicians as any other media, sometimes more so.

I confess to personally helping organize ethnic media only news conferences for premier Clark -- but it was Glen Clark, not Christy, and way back in 1996 when I was communications director for the premier.

In fact, the key staff government person who dealt with ethnic media then is now BC Liberal multiculturalism cabinet minister Teresa Wat.

Ethnic media only news conferences weren't controversial at the time, but one would hope that 18 years later more progress would have been made and separate events wouldn't be necessary. They are increasingly anachronistic and controversial.

So here's a radical suggestion for politicians in 2014: be totally transparent. Invite all media regardless of ethnicity or language to attend news conferences on whatever the topic, and let them decide if they want to attend.