The dictionary definition of perverse says (of a person or their actions) "...showing a deliberate and obstinate desire to behave in a way that is unreasonable or unacceptable, often in spite of the consequences." Well, that just about sums up Prime Minister Stephen Harper's disturbing trip to Israel. 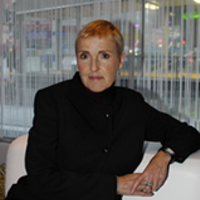 If anyone knows why this trip took place -- and with the largest "delegation" likely to have ever accompanied a prime minister (almost all of them biased towards Israel) -- I wish they would reveal it.

Because otherwise it appears that Harper was intent on setting back the peace process, insulting the entire Arab world, making Canada persona non grata throughout the Middle East, and angering the United States government, which is trying desperately to convince Israeli Prime Minister Benjamin Netanyahu to moderate his positions so as to kickstart negotiations.

What did this visit add to Canada's foreign policy that wasn't already well established? Israel already knows, as do all of Canada's allies, that Harper is Israel's most loyal and uncritical supporter. Harper didn't add anything positive to Canada's position, and how this advances Canada's broader interests is even more of a mystery. The trip actually seemed designed to harden our position against the Palestinians. As many have pointed out, it was as if Harper was speaking in opposition to his own government's stated position -- updated on its website just before the trip.

This was most notable in Harper's refusal to criticize or even refer to the Likud government's aggressive settlement policy -- the most egregious of Israel's violations of international law and by far the biggest obstacle not only to a peace agreement but to the establishment of a viable Palestinian state. Harper refused to comment on the settlement issue, saying he refused to "single out" Israel. Given that no other state in the region is illegally occupying someone else's territory and building settlements on it, "singling out" Israel seems like a strange notion.

But it underlines what many in Israel have observed about Harper's speech and his fawning support of the Israeli prime minister: that Harper may well have proven to be a good friend of Netanyahu but not necessarily of Israel. Barak Ravid, in an editorial in the Israeli paper Haaretz, stated: "If the Prime Minister of Canada thinks his words in the Knesset will advance peace, it seems that the opposite is true. His speech only served Netanyahu's repression instinct and strengthened his feelings of victimization and isolationism that already exists in him. Harper put Netanyahu back months from the standpoint of his attitude concerning the peace process."

Delivering a disservice to Israel

Harper's speech to the Knesset was the first ever by a Canadian prime minister and that is extremely regrettable. It will be recorded in history as one that did a disservice to Israel, to peace in the region and to Canada's reputation as a nation with a thoughtful and constructive approach to foreign policy.

One of the most ironic aspects of the speech was Harper's attack on Israel's critics and specifically his focus on those who compare Israel to apartheid South Africa:

"Most disgracefully of all, some openly call Israel an apartheid state. Now think about that statement. Think about the twisted logic and outright malice behind that. A state based on freedom, democracy and the rule of law that was founded so Jews can flourish as Jews... is condemned in the masked language of anti-racism. Friends, that is nothing short of sickening."

Either Harper is abysmally ignorant of what is actually said by Israeli leaders in this regard, and is thus incompetent, or he does know and is being deliberately mendacious. The comparison is so obviously apt that it is regularly made by senior members of the country's political elite, most forcefully, perhaps, by Michael Ben-Yair, Israel's attorney general from 1993 to 1996, who described Israel's approach to the Palestinian territories captured in 1967 thusly:

The list of senior Israeli officials describing their approach as apartheid includes Shulamit Aloni, who once served as minister of education under Yitzhak Rabin, and former prime minister Ehud Barak. Another former prime minister, Ehud Olmert, declared: "If the day comes when the two state solution collapses, and we face a South African style struggle for equal voting rights, then as soon as that happens, the State of Israel is finished."

But that is precisely what is becoming increasingly likely under Netanyahu's extreme right-wing regime -- and precisely what Harper's reckless intervention on his behalf in the Knesset helps ensure. The more settlements are built, the more difficult it will be to implement the two-state solution that every authority (and the majority of Israelis) recognize as the best possible outcome.

As it is, Israel has already made the establishment of a contiguous land base for such a Palestinian state almost impossible with its 20-foot wall, scores of settlements and special roads built for the exclusive use of settlers. East Jerusalem is now encircled by settlements, a deliberate Israeli policy aimed at making it impractical if not impossible for it to become the capital of a Palestinian state -- another deal breaker for any Palestinian leader who has any hope of being elected.

As the Haaretz editorial stated: "[Harper's] words blinded the eyes of Netanyahu and the ministers in his cabinet. He gave them the false feeling that everything is okay, that they are right, that if we only stand firm a bit longer, a lot more Harpers will sprout at the heads of the Western powers."

But they won't. No other Western nation takes a position remotely like Harper's (who in his speech actually suggested Israel should have a veto over the establishment of a Palestinian state). In particular, the U.S. is desperate to move the peace process forward and is putting enormous pressure on Netanyahu. What Harper must know, but chooses to ignore, is the U.S. has been redefining its national interests in the Middle East -- away from its traditional blanket support for Israel. Israel's best hope of retaining U.S. support (presumably something Harper wants) is a moderation of its policies. Yet Harper has managed to undermine Israel's real interests and no doubt anger the U.S. at the same time. This is not how a true friend of Israel behaves.

It's as if Harper simply discarded his official role as a prime minister of Canada and became a hard line activist for whatever Israel does. Did he even once think of the consequences of his intervention? While he stated it is legitimate to criticize Israel, in fact he adopts the position of Israeli exceptionalism: that Jews went through a unique horror -- a horror so unimaginable that no other injustice can compare, nor be used to criticize the survivors, no matter what they do to survive.

Harper's concern about anti-Semitism is not matched by a thoughtful or principled approach to it. By encouraging the most right-wing, intransigent government in Israel's history, he helps ensure a powerful global movement opposed to Israel -- and that opposition inadvertently provides comfort to anti-Semites.

If Harper really wanted to confront the continuing scourge of real anti-Semitism, he would recognize that eliminating it and finding a peaceful solution for Israelis and Palestinians has to come from the same place: a passion for justice.