"His soul swooned softly as he heard the snow falling faintly through the universe and faintly falling, like the descent of their last end, upon all the living and the dead." -- James Joyce, "The Dead" 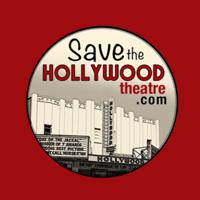 As the snow fell on Vancouver last week, it landed on a city losing parts of its past and unsure about its future.

The Vancouver of my youth has mostly disappeared in a constant swirl of change that obliterates old landmarks and creates new ones that may or may not last as long.

The Hollywood Theatre in Kitsilano, where I saw movies as both a child and adult, is all but gone; it's trademark neon sign and marquee are recently both bare of the name that generations knew so well.

While the city passed a Heritage Action Plan and talks with the owner, it will likely never screen movies again -- housing trumps Hollywood.

Right across the street, The Toybox children's store has swiftly altered this year from bubbling with kids and parents buying toys and games to demolished dust and construction site for new rental housing.

Further down Broadway at Trutch was my favourite place as a child -- Peter's Ice Cream -- where my grandparents took me for cones and sundaes.

It opened in 1945 and was a Vancouver institution for ages -- but now it is a Swiss Chalet chain restaurant and only a small plaque on the wall indicates Peter's ever even existed.

Up Arbutus Street at 16th Avenue the Varsity Ridge Bowling Alley, where the pins were endlessly set up and knocked down for decades, has been completely swept away this year for condominium construction. Only its trademark giant one-ton bowling pin sign was saved while the adjacent Ridge Theatre also succumbed to the wrecking ball.

Walk down Arbutus to 12th Avenue and the massive Carling O'Keefe brewery that once produced millions of Extra Old Stock beer in stubby bottles is now a maze of housing, some for stubby old people.

On 4th Avenue and Vine Street the block-long Plimley Chrysler Dodge car dealership is long gone, with only a plaque and some stylized hubcaps on the building to recognize its history.

Ironically, the original main tenant was Capers Community Market and one storefront was Duthie's Books -- now both businesses have also vanished.

And on Broadway the Bowmac car dealership that boasted Canada's largest neon sign became a Toys 'R Us store, with the original sign ridiculously hidden behind the new one.

The examples can go on and on and doubtlessly more heritage will face the hammer in the new year.

Rushing into the future

Anyone who has lived in Vancouver for even a few years knows that this is a changing city whose citizens place more emphasis on nostalgia than history, on development over preservation and on the future, not the past.

Some of that is good. Vancouver is infinitely more diverse, tolerant and cosmopolitan than when I was a child.

And we cannot freeze Vancouver in time, immune to market forces, rising land prices and a dramatically different economy.

The Hollywood Theatre and Varsity Ridge Bowling Alley were businesses, not museums, and after decades of profitable operation they were no longer viable -- except as land for other uses.

The reality is that unless taxpayers want to subsidize money-losing ventures for the declining number of people who go to the movies or play five-pin bowling, we will continue to see more venerable businesses and buildings disappear or become mere facades, reminding us of a past that is long gone.

And in one hopeful sign, The Toybox owners say the store will return in a new building nearby in 2014.

The past is gone and we can only try to find new ways to meaningfully and appropriately preserve our city's heritage without using money better spent on needed public services.

But part of me still wishes to be back in 1965 Vancouver having a snowy Merry Christmas opening gift packages from relatives in Holland and England full of Droste chocolate letters and Blackpool rock candy before going to the movies at the Hollywood with my parents.

Happy holidays to all my readers!