"How many deaths are there? They can't tell you. The information on deaths in B.C. from the flu isn't available." -- Drug policy researcher Alan Cassels 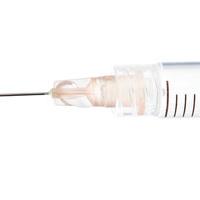 British Columbians are being told -- or even ordered -- to get a flu shot to save lives.

How could they justify the enormous expense and intrusion into personal health choices if flu shots don't work well and few people die from the flu?

Given recent research showing flu shots are only 59 per cent effective on average for adults aged 18 to 65 and less so for the elderly, are flu shots worth it?

These are questions with troubling answers to Victoria drug policy researcher Alan Cassels and other top medical experts around the world.

But with flu season now on, in B.C. you must have received a flu shot or wear a mask to visit hospitals and care homes under a new Health Ministry policy.

Hospital and care home staff were already ordered to either get the flu shot or wear a mask at work from December to April. But now health authorities are "also expecting the public to protect vulnerable patients from contracting influenza by getting vaccinated, or wearing a mask," reads a government news release.

The policy, unique in Canada to B.C., caused the cancellation of the White Rock Chamber Music Program from January through March because concerts take place at Crescent Gardens Retirement Community, which is under Health Ministry flu shot or mask orders.

"That means that some audience members would have to sit for two hours with a mask on -- and for singers, it's just impossible," organizer Ellen Neal told the Peace Arch News last week. "It's been a dilemma. We had to cancel two young pianists for the December concert because they have not had flu shots and don't wish to have them."

How many people are really dying from the flu? Are such measures warranted?

A Nov. 7 B.C. Health Ministry news release states: "Each year, between 2,000 and 8,000 Canadians die from complications from influenza."

Federal health authorities have the same stats: "Every year, between 2,000 and 8,000 Canadians die of the flu and its complications, and even more become seriously ill and require hospitalization."

But Cassels says the number of deaths is misleading and not backed up by research. "I'm a researcher. I trust numbers. We can't guess on this stuff. We need the numbers," he said in an interview.

Making major decisions about flu shot public policy without adequate evidence, Cassels says, "is like building a bridge without knowing where the other side is."

Publicly reported flu numbers wildly differ with the claims of 2,000 to 8,000 deaths.

On Health Canada's Flu Watch website, cumulative statistics from Aug. 25 to Nov. 23, 2013 show that: "To date this season, 57 influenza-associated hospitalizations have been reported."

Flu Watch continues: "No deaths have been reported. It is important to note that the hospitalization or death does not have to be attributable to influenza, a positive laboratory test is sufficient for reporting."

Even more troubling, Flu Watch says B.C. doesn't report "influenza-associated hospitalizations" to the Public Health Agency of Canada, nor do Quebec, Nova Scotia or New Brunswick, while "only hospitalizations that require intensive medical care are reported by Saskatchewan."

Flu Watch does say B.C. reports "positive influenza specimens" and from Aug. 25 to Nov. 23, 2013 there were 11 Influenza A and four Influenza B cases.

In an email response Sunday to questions about the varying statistics, Dr. Perry Kendall, B.C.'s Provincial Health Officer wrote: "As no jurisdiction tests every admission or death for influenza, there is no fully accurate accounting.

"We rely on a variety of surveys and models. Obviously as vaccination rates, vaccine effectiveness and viral virulence change from year to year, so will the numbers," he said.

Kendall referred this columnist to a 2013 paper by Dr. Bonnie Henry of the B.C. Centre for Disease Control that reviews flu shot research for other answers.

That paper cuts the maximum mortality rate in half compared to the B.C. Health Ministry news release, stating: "We generally estimate that between 2,000-4,000 Canadian die from influenza annually."

Dr. Michael Gardam, director of the infection prevention and control unit at Toronto's University Health Network, is also skeptical of the 2,000 to 8,000 deaths claims.

"This is a scientific guess. This is not the truth," Gardam told CBC News last year. "I think people may have the misconception that every person who dies from the flu is somehow counted somewhere, and they're not."

Dr. Tom Jefferson is even more damning of the statistics. The researcher with the independent Cochrane Collaboration has looked extensively at flu shot research and isn't impressed.

Henry of B.C.'s Centre for Disease Control disagrees, and explains the challenge of measuring the impact of the flu in her paper this way: "Many people with influenza do not seek medical attention for their influenza illness, but may be admitted to hospital or have complications from the infection or from worsening of their underlying illness."

Henry concludes that flu shots should be mandatory for health care workers and are worthwhile for others.

"Vaccination of healthcare workers will reduce their risk of getting influenza and spreading it to patients, other healthcare workers or their families. The most effective strategy for preventing influenza is annual vaccination. Influenza vaccine is safe and effective... what is clear is that the vaccine provides good protection in healthy adults and much more modest protection in the population that needs it most, those at risk for severe illness or death from influenza."

Cassels isn't convinced and has this advice for the public: "Demand credible support for the flu shot policy, not the ‘Trust us, we're experts' approach."

The veteran researcher also warns that claims flu shots are completely safe have been questioned by new research. Cassels points to a study by Dr. Danuta Skowronski of the B.C. Centre for Disease Control and colleagues that discovered increased rates of people contracting the pandemic H1N1 influenza in 2009 after they received regular flu shots, called the trivalent inactivated influenza vaccine (TIV).

Skowronski's study in the Oxford Journals states: "Specifically, outbreak investigation conducted during the early stages of the pandemic in a northern B.C. community identified that participants reporting pH1N1-related ILI during the period 1 April through 5 June 2009 were more than twice as likely to report having previously received seasonal influenza vaccine."

"Conclusions. An outbreak investigation in British Columbia during the late spring of 2009 provided the first indication of an unexpected association between receipt of TIV and pH1N1 illness. This led to five additional studies through the summer 2009 in Canada, each of which corroborated these initial findings."

While Skowronski outlines "several limitations to this study warranting cautious interpretation of the results," it nevertheless gives Cassels concern that the seasonal flu shot may be negatively affecting people's natural immunity to more serious illnesses like H1N1.

"Guillain Barre Syndrome (GBS) is a disabling neurological disorder that involves temporary or permanent paralysis that can lead to death and has been causally related to influenza vaccinations.

"As of Nov. 2013, there have been more than 93,000 reports of reactions, hospitalizations, injuries and deaths following influenza vaccinations made to the federal Vaccine Adverse Events Reporting System (VAERS), including 1,080 related deaths, 8,888 hospitalizations, 1,801 related disabilities and over 1,700 cases of GBS."

This is not information that is well publicized at all, let alone discussed by those who promote mandatory flu shots.

It's not small pox

Personally, the information on Guillain Barre Syndrome hits home. My father Harry suffered a GBS attack in the early 1970s that put him in hospital with partial paralysis and required rehabilitation for months.

His illness was unrelated to getting vaccinated, but having seen the results of GBS, it adds another reason why I do not get the flu shot.

Cassels says the severity of influenza is being overblown to push the seasonal shots. "We're talking about the flu here -- not small pox or rubella!" he exclaimed.

But like it or not, variable facts or not, in B.C. flu shots are being imposed.