The aggressive austerity cuts carried out by Prime Minister Stephen Harper and Finance Minister Jim Flaherty over the past seven years have come home to roost. Millions of Canadians are succumbing to its worst consequences. 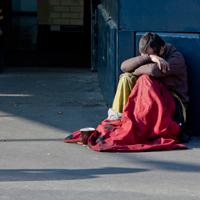 Program cuts and tax reductions for corporations and the wealthy have had a significant and disproportionate impact on the poor, working poor, underemployed and those with health challenges, translating into less income, decreased services and reduced health care for many of Canada's most vulnerable people. It appears more than 3.5 million Canadians are struggling.

The attacks on the vulnerable began soon after the Conservatives came to power in 2006. They launched cuts that broadsided the government's ability to finance many of its activities -- including much-needed employment and social support programs -- out of a determination to cut the deficit and reduce the size of government.

There are numerous examples of brutal, needless cuts.

Claiming it was concerned some people don't have enough incentive to work, the Harper government toughened up the Employment Insurance rules. Thousands of Canadians who normally work part-time at seasonal jobs are being forced to seek out other work for the rest of the year, but they are finding jobs do not exist within a reasonable distance of their homes.

Human Resources and Skills Development Canada, the government department that provides the most hands-on support for the poor, is being cut more than any other department. By 2016, it will lose 5,700 positions, one-quarter of its workforce. The largest cut in absolute terms is to the Citizen-Centered Services Program, which helps Canadians access government services by phone and online.

Two moves early on by Harper and Flaherty eliminated the ability of the Conservatives to fund the kind of generous, liberal-minded government Canadians have become used to. First, Flaherty's first two budgets cut the Goods and Service Tax by two per cent and cost the government a staggering $10-billion to $12-billion annually in revenues that had been used to help support government services.

In addition, Flaherty has cut $60-billion in corporate taxes since the Conservatives took power in 2006, needlessly reducing the country's corporate tax rate to the lowest among G8 countries.

The austerity program and other government cuts have had disastrous consequences for millions of Canadians. According to a July report by the Canadian Medical Association, there are staggering disparities in life expectancy based on the amount of education a person receives. Residents of rich neighbourhoods live an average of 86.3 years, while those living in a poor neighbourhood average only 65.5 years, a difference of 21 years.

Meanwhile, Canadians grow increasingly hungry. In March 2012 882,188 people received food from a food bank in Canada -- an increase of 2.4 per cent over 2011 and 31 per cent higher than in 2008, when austerity measures were launched.

Children are not spared austerity's impacts. According to UNICEF's most recent report, out of 29 top countries, Canada ranks in the bottom third for relative child poverty.

Between 2007 and 2011, Statistics Canada reported a 20 per cent rise in people who said their mental health was deteriorating. Mental illness is already the number one cause for disability claims in the workplace. According to the Mental Health Commission of Canada, awards for mental injury at work have dramatically increased in recent years because of pressure placed on workers to produce more during the austerity period.

Two international researchers, David Stuckler and Sanjay Basu, have documented substantial increases in suicide in several European countries and the United States as a result of austerity cuts. Suicides in Canada increased to 3,890 in 2009 from 3,512 in 2005, which takes in the early part of the austerity period. However, Statistics Canada is three years behind in posting its deaths statistics, so no information is available covering a large period of austerity.

When it comes to complying with international law concerning the rights of its citizens, Canada is a rogue state. We have signed international laws that oblige us to provide certain benefits to all citizens. This means ensuring the right to adequate standards of living, including access to food, housing and clothing; the right to participation in the labour force and community; as well as providing citizens with the opportunity to report violations of these rights.

However, importantly, the Harper government has neglected to adopt the part of the Covenant that would establish a complaints mechanism that would allow groups or individuals to go to the UN to protest the treatment they receive. They've made sure the process doesn't work and that there will be no complaints.

Throughout the Conservatives' seven years in office, independent economists have argued that the austerity program was not preparing the country for an economic recovery, but Flaherty refused to budge.

And in April, the world was shocked when Thomas Herndon, a young University of Massachusetts Amherst graduate student in economics, discovered that an influential paper endorsing austerity practices as a way of rebuilding beleaguered economies was incorrect because of spreadsheet coding errors and selective data.

But the Conservatives carry on full steam with their austerity experiment. "What I worry about is those that suggest that austerity should be abandoned," Flaherty is quoted as saying in London's Financial Times this May. "I think that's the road to ruin quite frankly."

More cuts that disproportionately affect the poor are on the way. Harper and Flaherty will chop another $11.8-billion from government spending by 2014-15; job losses in both the public and private sectors will be 90,000 by 2014-15; and there will be 1.4-million unemployed workers in the country in 2015.

If Harper and Flaherty really wanted to balance the budget and look after people at the margins, they could work harder to collect the billions of dollars the government is owed by the rich and corporations in unpaid taxes.

They also could try harder to find the $3.1-billion that was given to the anti-terrorism program but now cannot be accounted for.

The Council of Canadians says if Harper and Flaherty really wanted to both gradually reduce the deficit and look after the needs of the poor, they could continue to stimulate job growth through needed infrastructure projects (water, transit, green energy, roads, etc.), and reverse corporate tax cuts. Not by suffocating those at the very bottom of the pyramid.