Here's a question that our provincial government ought to be able to answer but can't: How much water is the world's biggest bottled water seller withdrawing from wells in British Columbia? 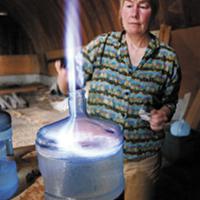 Tell Us What's Being Done to Our Groundwater, Demand Albertans

To its credit, Nestlé has in the past (it no longer does) voluntarily filed written reports on its water withdrawals with the District of Hope, which draws from the same aquifer as the company and uses it to supply 6,500 local residents with their drinking water.

But voluntary disclosure misses the point. The provincial government is responsible for managing public waters for our collective good. In the absence of basic information, the question must be asked: Is government doing all it can to look after this vital natural resource?

Again to its credit, when I contacted Nestlé to ask how much water it withdraws at Hope it quickly volunteered the information. In 2012, corporate affairs spokesperson John Challinor said, Nestlé withdrew 71 million gallons, or enough water to fill more than 537 million half-litre bottles. Immense as this sounds, Challinor called it the proverbial drop in the bucket.

"Based on our mapping we drew less than 7/10ths of one per cent of all available water in the subwatershed for drawing," Challinor wrote in an email.

But once again, this misses the point. Our mapping? Surely it is government that should know what water is available for Nestlé and other commercial interests to use, not the other way around. That vital information, along with data on what major consumers actually use, should be in the public domain for all to see. And it should fall to government to gather and report it, while also ensuring the public that our water resources are not at risk of being overdrawn.

It is worth noting that these gaps in information apply to groundwater, not surface water. B.C. has no comprehensive groundwater regulation, so withdrawals from wells are virtually untracked. The province does issue water licenses governing withdrawals from surface sources such as rivers, lakes and streams. And it places terms in such licenses that limit water takings.

Even so, B.C.'s sound management of surface waters is itself in question given three significant deficiencies. One, B.C. has no single agency tracking and reporting water use. Two, the province does not impose across-the-board water-metering requirements. And three, while the government does charge surface water users fees for what they use, the fees are often embarrassingly low.

As one example, in natural gas industry hydraulic fracturing (or fracking) operations, immense amounts of water are rendered so toxic that the water can never be returned to the rivers, lakes and streams from where it came. Dawson Creek currently charges energy companies the equivalent of $11,000 for every Olympic swimming pool's worth of water purchased from the city. The corresponding charge to the same companies by the provincial government amounts to less than $3.

MLA Steve Thomson, whose Ministry of Forests, Lands and Natural Resource Operations is responsible for water authorizations, acknowledged recently that the government must reform B.C.'s century-old Water Act. In response to questions in the provincial legislature, Thomson said he generally supports policies that would address the three deficiencies noted above. Thomson also said that as part of its promised Water Act "modernization," the government is considering new groundwater legislation.

Environment minister Mary Polak has said further that "improved measurement and reporting of water use will be a key feature" in legislation that is now expected in 2014. All of this is to be applauded and cannot come soon enough.

In Ontario recently, the provincial government imposed rules on Nestlé when it renewed the company's water-taking permit at a well near the community of Guelph. The new rules made it mandatory that Nestlé limit withdrawals in times of drought.

Nestlé appealed that decision to Ontario's Environmental Appeals Tribunal and then negotiated a new set of proposed terms to its permit with provincial authorities. Wellington Water Watchers, a local conservation organization, and the Council of Canadians subsequently sought standing before the tribunal, which has yet to render a decision.

The good news is that in Ontario there is a debate. We can only hope that the same holds true one day soon in British Columbia.