For hundreds of years, people in China, Japan, Korea and other parts of Asia have recognized that wood is not only a critical building material, but that forests provide a number of other benefits. Asian physicians have long recommended walking or being in nature as an important way for people to maintain their health and prevent disease. What does modern research tell us about getting healthier by being in the forest? 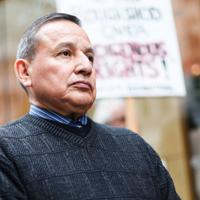 The World Health Organization considers health to be a state of complete physical, mental and social wellbeing. This places responsibility for health on a wider range of institutions and people than simply the medical establishment.

A large and rapidly growing body of evidence suggests that people benefit in many ways from being exposed to trees and forests. This research, largely done in East Asia, Europe and Australia, concludes that being in forests, particularly walking and exercising, reduces stress, boosts immunity and calms aggression. Being in forests also produces positive effects on a range of disorders including obesity, mental health imbalances, social isolation, diabetes, violent behaviour, substance abuse and even suicide.

Known as "salim yok" in Korean, or forest bathing, doctors have recognized the numerous health-boosting effects of being in nature. In contemporary times, The Korean Forest Research Institute has found that chemicals from conifers (specifically Torreya nucifera), phytoncides, are associated with positive health effects. Packaging and proliferating phytonicides in workplaces and elsewhere have been shown to increase productivity. This complements research conducted in Finland, which found that when people spent time in nature it decreased sick days from work and increased productivity.

As early as 1968, the architect Erwin Weckemann designed Switzerland's first "parcour" -- an exercise track, usually three to four kilometres long and located in a forest, with fitness equipment designed for a variety of strength and flexibility exercises. Insurance companies such as Vita and Zurich have sponsored these tracks because they are convinced of the health benefits. The advantages of outdoor settings have been shown to be greater than similar exercises undertaken inside a gym. What's more, the 500 parcours in Switzerland are free.

Researchers have found that children taught in forest environments concentrate better, and the symptoms of Attention Deficit Hyperactivity Disorder (ADHD) are significantly reduced. In the U.K., youth with behavioural problems and criminalized youth have responded positively to training programs that include woodland management, green woodworking, permaculture gardening and so on.

Providing free exercise space reduces inequalities in access to healthy activities. It is well-known that people in low-income and low-status communities experience higher rates of illness than those from high-income and high-status communities. Factors associated with better health in forests are likely related to the brain's responses to natural settings, biochemical, physiological and psychological factors and the benefits of exercise.

Since time immemorial, First Nations have lived in and with British Columbia's forests. They have made medicines from trees and other plants; some communities consider certain trees, such as the red cedar, to be sacred because of the numerous benefits it provides. More recently, forestry has been critical for the economic development of our province. Stumpage fees and other licenses that companies pay to harvest British Columbia's forests represent an important and currently growing contribution to the province's fiscal welfare.

However, forests ought to play an even more significant role in the well-being of British Columbians. We often talk about the role of our forests in maintaining biodiversity, supplying fresh water, protecting soils, providing non-timber forest products and so forth. Our forests, especially those in and around our towns and cities, could make a greater impact on maintaining the health of British Columbians. Research has shown that prudent management of forests has tremendous effects not only on the economy but also on our social, cultural and biological well-being.

Perhaps the best example of the potential benefits comes from Scotland, a country that has focused on forests as a health strategy. The health sector and the Forestry Commission have collaborated and provide a range of forest-based activities, including not only parcours but a range of opportunities for those suffering from mental health concerns. Hospital grounds are being re-designed to include more trees and green space because of the recognition that people heal more quickly when exposed to trees. People also heal faster when they have access to windows overlooking trees and other greenery, rather than overlooking concrete. Special efforts are being made to increase access to forests among disadvantaged groups, such as those with mental health concerns.

In B.C., we are at risk of ruining our publicly-funded health care system, partly because of spiraling costs. By emphasizing health promotion and disease prevention -- that includes forest bathing (salim yok) -- we could keep people healthier and save them from costly hospital care. It's a win-win opportunity.

Two messages are clear. When we ensure that forests in the vicinities of our communities are well-maintained they provide multiple benefits, including better health. Most British Columbians believe in preserving our environment, so decision-makers may consider changing some priorities. Secondly, significant evidence exists for health improvements based on visiting forests, so physicians around the world (Asia, Europe and elsewhere) are increasingly recommending that patients exercise or spend time amongst trees.

Obviously, not all health problems can be solved in this way, but better forest management and conservation promise to yield great potential for population health improvement.