The remarkable Idle No More movement is the biggest and most important national outpouring of grassroots aboriginal anger ever seen in Canada. Not since the late 1960s when Indians (as they then referred to themselves) and Métis confronted governments with demands for justice has such a dramatic and passionate expression of resistance been seen. As the movement continues to grow we can only speculate on what its longer term outcome will be. Many movements begin with such spontaneous explosions of pent up anger and frustration. The successful ones find their feet quickly and are able, through collective leadership, to focus their energy and passion on a unifying vision and on some organizational form to press for its realization. Idle No More will be no different. 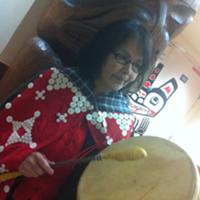 It is up against formidable odds: not just the normal difficulties of any new movement but a ruthless Harper government which responds only to power and an entrenched aboriginal leadership which is completely dependent on that same government. It is a leadership which long ago made a deal with the neo-colonial devil: you pay us and we will pretend to lead while you pretend to listen. It has been that way for over 30 years and those entrenched leaders in the national organizations -- and many at the band level -- will do everything in their power to sustain the status quo, notwithstanding all their radical rhetoric of the past 10 days.

In the late 1960s social movements of all kinds were at their peak -- students, labour, anti-poverty, women, farmers, anti-war and "native" groups were organizing and demanding recognition from provincial and federal governments. A common message was that Canada did not have a genuine democracy because so many people had no voice in government. They also had in common a level of independence long forgotten -- they raised their own money from their members and got virtually nothing from governments. But because of that they struggled to be effective voices for their causes (the exception being labour which did not lack for resources).

The government of Pierre Trudeau responded to the accusations of a flawed democracy with the Ministry of Secretary of State. I once interviewed Gerard Pelletier, the department's long time head, and he said, and I paraphrase: "The Marxists said liberal democracy was a sham so we provided funding for marginalized groups so their voices could be heard."

I think Pelletier was genuine in his motivation. But there were other elements of the state not so sanguine about handing radicals a bunch of money to be more effective. And for aboriginal groups there was a special, racially-based fear, rooted in past conflicts on the prairies. Here the money was to be used to deflect aboriginal radicalism and channel the movements into relatively harmless activities.

That wasn't so difficult to do. The funding was targeted. With limited core funding there was money for salaries for the elected board members of Métis and Indian organizations but, for example, no money for the political education of their members or money to mobilize them. Then governments began to hand over housing money to groups to administer -- effectively making them part of the state structure and setting them up to take the flak when things went sideways. The radicalism disappeared (though the rhetoric did not) in a few short years.

There were voices counseling rejection of any government largesse. One of those voices was Malcolm Norris (the subject of a book I wrote in 1981: The One-and-a-Half Men: The Story of Jim Brady and Malcolm Norris, Métis Patriots of the Twentieth Century.  Just days before he died in 1967, Norris was approached by an Alberta Métis leader seeking his advice on numerous issues. Norris told her: "I don't want to talk about that. The only advice I have is to resist government funding. If you can do that all other issues will sort themselves out democratically." It was prophetic advice from an exceptionally gifted and sophisticated leader. But the temptation was too great. The money began to flow in the early 1970s.

While all other social movement groups were under the purview of the Secretary of State, Treaty Indians were the responsibility of Indian Affairs. In the late 1970s their organizations were pressing the government on economic and social issues. They ran up against a Trudeau government which was preoccupied with constitutional questions. Increasingly, they were told to frame their demands in constitutional terms if they wanted to be heard. It was in taking this advice that First Peoples gradually became First Nations.

That decision, taken over a period of years, had several effects. The first was to effectively eliminate the need for a real social movement with politically active members, taking their fight directly to the government. Once the struggle was constitutionalized it became exclusively a matter of government lawyers sitting down with First Nations lawyers (paid for, of course, by the government). That 30-year process produced just what successive federal governments hoped it would: a largely quiescent (idle?) aboriginal population still marginalized and impoverished. The cost of funding aboriginal political organizations was a pittance compared to that of actually delivering social and economic justice to hundreds of thousands of aboriginal Canadian citizens.

The other effect was to separate the aboriginal struggle from that of other social movements. In the early days of the movements (at least in Saskatchewan) there was some co-operation and ongoing conversation between labour, youth and aboriginal leaders. But once Treaty Indians defined themselves as nations the potential for working with -- and perhaps benefiting from -- non-native groups gradually dried up. If you are your own nation, joining with people of a separate nation (especially one which you define as an oppressor) doesn't make much sense.

Of course, in this case, the nations in First Nations were totally dependent on the nation they were negotiating with. While the government has constitutional obligations towards First Nations there is nothing in law that says they have to fund their organizations. That fact is never lost on AFN leaders and may well have been on Shawn Atleo's mind when he decided to meet with Stephen Harper.

Why women are leading this

There are some fascinating similarities between the Idle No More phenomenon and the Occupy movement. Both reflect a political dualism: they are focused on the lack of democracy, justice and equality for ordinary people and they are implicitly (and with Idle No More explicitly) telling conventional movement organizations that are supposed to speak for them that they have failed.

And it should come as no surprise that most members of the leadership of Idle No More are women. By the late 1980s government funding had established a mutually beneficial relationship between governments and aboriginal leaders. Into this status quo of continued poverty came native women's organizations which were genuinely radical (they had no big salaries to lose) and often critical of the totally male dominated aboriginal groups. They were the voices of aboriginal communities -- but lack of resources and bullying by the government-funded "official" organizations eventually prevailed. That they are back in leadership roles is one of the most important and positive aspects of the movement.

Idle No More is the most exciting development in aboriginal politics in two generations. It has rightfully scared the hell out of the entire First Nations leadership -- from Shawn Atleo down to the hundreds of chiefs, too many of whom do in fact live high on the hog while their band members suffer. And it has got the attention of Stephen Harper, a man who has dedicated his political career to the interests of the oil and other resource industries threatened by Idle No More. Remember that he cancelled the Kelowna Accord soon after he became prime minister. The only reason Harper met with First Nations leaders is because his intelligence gathering told him this could be real trouble. Let's hope it is.