Back in 1971, when I had my first job out of university as a CBC radio public affairs producer, one of the "items" we featured on the early morning show was called Shop Talk. It was a nationally syndicated three minute exploration of labour issues -- looking at the world of work, labour relations, investment and the technology which affected work. To be sure it was pretty minor in the scheme of things but there were also labour reporters on most of the big city newspapers. 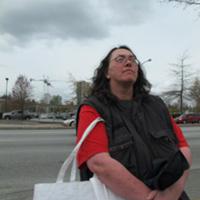 Should We Subsidize Work?

In those more rational days the economy was actually seen as serving people, not the other way round. And the labour beat explored how well workers and communities were faring.

Thinking back on that period reminds me of just how little the media today talks about one of the most important issues in any society. After all we spend at least a third of our waking hours working (if we have a job) and that work determines so much of what the rest of our lives are like. The subject encompasses not just wages and salaries but satisfaction, fulfilment (or lack of it), the amount of leisure and family time, and our overall sense of security both immediate and on retirement. Given how much work actually dominates our lives there is precious little public examination of it and almost no debate about how we got to where we are.

And where we are is not a good place.

We get the bits and pieces of the puzzle in media reports but no one, it seems, pulls it all together and talks about the sum of the parts and potential solutions. Most families now carry record high debt and Canadians work hundreds of hours more per year than most of their European counterparts. Canada has one of the highest ratios of low paying jobs in the OECD and that trend can only get worse. Canadian companies try to increase productivity not by investing in training, technology or better management systems but by driving down wages and salaries and forcing unpaid overtime.

The massive increase in temporary foreign workers also drives down wages for Canadian workers. The Harper government's shameless attack on unions through effectively banning strikes and now forcing unions to publish details of their expenditures, is aimed at weakening the only institution that is a bulwark against out-and-out exploitation of employees. Labour standards regulations (established decades ago through the relentless pressure by unions) now exist almost exclusively on paper as governments withdraw resources for enforcement and workers fear reporting abuses.

Pushed to the edge

Workers, particularly in the private sector, haven't been this vulnerable and insecure since before the Second World War.

The results are not pretty and they have been documented (for the third time since 1991) by professors Linda Duxbury of Carleton University and Christopher Higgins of the University of Western Ontario in their new 2012 National Study on balancing work and caregiving in Canada, a survey of more than 25,000 Canadians.

I frequently quoted their last study, done in 2001, which revealed that 25 per cent of employees worked 50 hours a week or more, worked millions of overtime hours for no pay and found that work was such an overwhelming aspect of life that most of them "Family life is limited or non-existent." Ten years on it has gotten much worse.

Here are some of the findings:

Overall, the typical employee spends 50.2 hours in work-related activities a week. Just over half of employees take work home to complete outside regular hours.

Over half of the survey's respondents took home an average of seven hours of work each week.

The use of flexible work arrangements such as a compressed work week (15 per cent) and flexible schedules (14 per cent) is much less common.

Fifty-seven per cent of those surveyed reported high levels of stress.

Employees in the survey were twice as likely to let work interfere with family as the reverse.

Work-life conflict was associated with higher absenteeism (a 17 per cent increase since 2001) and lower productivity.

At least one-third of Canadian workers say they have more work to do than time permits and that number rises to four in 10 when you add in family responsibilities. Women still work a "double shift" -- doing far more work at home than their husbands even when both are employed.

And this is the best-case scenario. The study sample was "dominated by well-educated and well-paid knowledge workers" earning $60,000 or more (Canada's median family income is just under $70,000). The less affluent a family was, the more they suffered from excess work loads. In other words for those earning less than $60,000 it is much worse.

The effect on both workers and their families is obvious. But the impact on employers and government programs is also devastating. According to the study: "The costs of unaddressed work-life conflict (specifically role overload and work interfering with family) include: increased absenteeism, greater dependence on the health care system, increased employee stress and depression, higher benefits costs, and lower levels of commitment, job satisfaction, and retention. Research shows that reduced role overload alone could reduce physician visits in Canada by 25 per cent per year!"

The other impact that work-life conflict has revealed is the necessity to have large numbers of immigrants enter the country every year just to keep up with labour demand. Canada's birth rate has been nowhere near the replacement level for over 20 years and working conditions are a big part of the explanation. Workers aren't making workers any more -- or at least not enough to keep up. According to the study younger Canadians are having fewer children and postponing when they have them. Over 25 per cent of those surveyed had no children, telling the survey that this was a way to satisfy the demand of the workplace.

If employers believe that forcing workers into role overload is good for the bottom line, Prof. Duxbury has a wake-up call for them: "Organizations are fooling themselves if they think they're getting increased productivity by expecting those who they have left to do more." The more likely response: absenteeism and slower workers with less energy and commitment.

Stop the race to the bottom

It's not difficult to trace this madness back to it origins. The neo-liberal revolution of the 1980s proposed unfettered capitalism -- privatization, a downsized state, deregulation, free trade, low taxes and last but not least so-called "labour flexibility." That convenient euphemism simply means reducing the power, and independence of labour through cuts to EI and welfare and maintaining high unemployment levels that suppress wages. All of these initiatives were driven by globalization -- the hyper-competition of a voracious capitalism driven by finance capital.

But globalization is in its death throes and national economies are back. Those countries able to take advantage of robust domestic economies will fare better than those still trying to compete in a world of ever-increasing trade which no longer exists. Domestic economies thrive on high wage jobs and citizens who actually have money to spend and savings to fall back on when things get tough. They thrive when workers thrive -- when they feel valued, have enough leisure time to rest between work days, and are able to fully separate work from family life and, of course, when they have access to child care and elder care.

Government policies since Canada signed the free trade deal and NAFTA have savaged working families financially and socially all in the name of having an internationally competitive economy. There was a time when both the domestic and trade parts of the economy were strong but then governments became enamoured with free trade ideology and made international trade their exclusive economic policy.

Big mistake. The days of ever-expanding trade are over but suddenly that strong domestic economy -- a safety net at a time of global recession -- has been severely weakened. Corporate CEOs and governments show no sign of having figured this out so the misery is likely to continue. Unions are scarcely any more attuned. Perhaps they should base their organizing and bargaining efforts more on work-life balance issues and demonstrate that they, at least, understand the problem.