There is a class of people and corporations in this country whose illicit financial practices have an enormous negative impact on the country and its citizens. Yet the law and order regime of Stephen Harper barely plays lip service to the issue of tax evasion through tax havens. While Harper cuts billions from government programs in the name of deficit reduction, he refuses to go after billions of dollars in revenue lost to tax evasion and avoidance every year. The practice has been going on for at least 40 years and has grown to breathtaking levels worldwide. 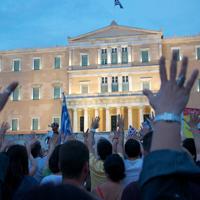 Globally it is estimated that between $21 trillion and $32 trillion is hidden away in these secrecy jurisdictions. Total global financial wealth is estimated at between $200 and $210 trillion, so the hidden wealth is a significant proportion of the total. Apply even a small percentage tax to this amount (greater than the U.S. GDP and at least 12 times that of Canada's) and you get an idea of how much revenue is lost to governments around the world.

James Henry, an authority on the issue with the U.S.-based Tax Justice Network, says the U.S. has determined that minimally, that country loses $100 billion a year through tax evasion. A rough extrapolation for Canada suggests that we lose at least $10 billion yearly to this practice. The Tax Justice Network estimates that $280 billion in revenue is lost globally.

For the first time ever industrialized countries like the U.S. and Germany are beginning to take the issue seriously as they face accumulated deficits that look nearly impossible to pay off -- and citizens who are increasingly unwilling to pay the price for the other financial crimes that nearly brought down the global economy. Suddenly, turning a blind eye to the greed of their economic elites means threatening their own political futures. The game has changed.

Never enough for the greedy

Not satisfied with the largesse gained through the sweeping tax cuts and deregulation of the last 15 years, the world's largest corporations and wealthiest individuals use these jurisdictions (there are more than 70 countries offering these services) to park their money where there is minimal regulation, little or no taxation on the non-resident wealth, and guaranteed secrecy which is actually enshrined in the countries' laws. There is no easy way of knowing of which corporations have accounts and no systematic effort to share information with other countries.

Many of the world's largest banks -- such as City Bank, UBS and J.P. Morgan, as well as most of the big Canadian banks -- have divisions whose exclusive function is to facilitate this grand theft. If the word conspiracy doesn't come to mind, it should. The fact that they have remained protected for so long demonstrates just how beholden our political class is to their economic elite, the one per cent. Or should we say the .14 per cent -- the actual proportion of global citizens who claim all those trillions.

Toby Sanger, senior economist with CUPE, crunched the Statistics Canada numbers and found that more and more Canadian investment is going offshore to avoid taxes: it was 10 per cent in 1987 and 24 per cent in 2011. According to Sanger's analysis, Barbados alone has seen its secret Canadian accounts grow 60 per cent in the four years up to 2011 -- from $33.4 billion in 2007 to $53.3 billion. The Cayman Islands squirrels away $25.8 billion, Ireland over $23 billion and Bermuda and Luxembourg (up 318 per cent), $13 billion each.

Canadian banks have a huge presence in the Caribbean, the home of many of the most notorious tax havens. While they claim their hands are clean when it comes to helping people hide their money, a Université du Québec à Montréal study estimated that between 1991 and 2003 the Big Five Canadian banks managed to avoid $16 billion in provincial and federal taxes through the use of offshore subsidiaries.

It should be noted that as outrageous as this situation is for Canada's government revenue, tax havens are especially devastating for developing countries. Washington-based Global Financial Integrity (GFI) calculated that 17 times as much money leaks out of Africa to tax havens than comes in as development aid. Between 1970 and 2008 Africa received $50 billion in aid but lost at least $854 billion in illicit capital outflows. The numbers suggest that if these secrecy jurisdictions were shut down, there would be no need for aid.

Our wealthy citizens -- corporate and otherwise -- using these secret accounts are in fine company. The UN Office of Drugs and Crime says more than US$1.5 trillion of criminal money is laundered yearly through these same tax havens.

Let's call a spade a spade: the systematic use of tax havens is nothing less than grand theft. It is, moreover, theft from the community and from the millions of citizens who suffer two abuses -- the erosion of services caused by the bleeding of revenue and the added burden of having to make up the lost revenue for those services that remain. Living in Canada is not a right, it is a privilege, and part of that privilege, for better or worse, is the opportunity to become fabulously wealthy while at the same time enjoying the benefits of one of the most civilized countries in the world. That our most wealthy citizens not only see it as their right to get rich but their right as well to rip off the country that privileges them is reprehensible.

And what do these tax evaders steal? They steal affordable education from students, home-care workers from the elderly, conservation officers from our pristine environment, affordable housing from the homeless and child care from the children of low income families. They deliberately and with stunning arrogance diminish the country they claim to call their own.

While the Conservative government says it is serious about recovering the lost billions, it is doing very little in practice. (Remember, Harper once stated, “Actually, there is no tax I like.”) Of the 106 Canadians named by a whistleblower in Lichenstein with assets totaling over $100 million, only $5.4 million in taxes has been recovered (the U.S. has recovered $50 billion through its efforts) and no Canadian has been charged or convicted. There is no word on what is happening to the 1,750 Canadians unmasked by a joint CBC News and Globe and Mail investigation of Swiss-based HSBC in 2010.

If the Harper government is serious about the issue we will know by its actions, not its lip service. We will know when the government forces corporations to publish what they pay in taxes on a country by country basis when it actively pushes for strong action at the G20, and when it promotes the automatic exchange of tax information with other countries.

But the best indication that it is serious will be when it increases funding to the tax audit program of the Canada Revenue Agency (CRA) instead of cutting its budget as it did in July -- cuts that will actually reduce the amount of investigation and enforcement at a time that tax evasion is increasing. The Harper government knows what the results of increasing the number of auditors would be. In 2005 the federal government increased the capacity of the CRA to combat aggressive international tax planning by $30 million and raised an additional $2.5 billion in revenue. For a regime that talks about running government like a business, 8,300 per cent is a pretty good return on investment.

What is it waiting for?