The latest news out of Victoria has got to be a wake-up call for the B.C. Liberals. No, I'm not talking about the latest polling numbers -- although you don't need a degree in statistics to see how the dots connect between this latest news and the Clark government's dismal showing in current polling numbers. I'm talking about the report by the Legislature's special committee on timber supply. The document details how 11 years of B.C. Liberal forest policy has undermined the future for forest workers and their communities. 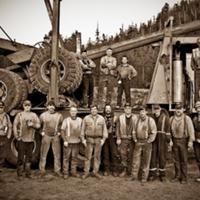 The urgent need to identify ways to spur the rebuilding of a wood products manufacturing industry in Burns Lake, following the tragic events in January of this year, certainly played a key role in the Legislature's decision to appoint the committee. Another critical factor was the ongoing question of whether the government of B.C. has either the necessary information or a well-considered plan for dealing with forests in a region devastated by the pine beetle infestation.

Based on the committee's report, it’s clear the government has neither.

Let's start with basic information on our forest resource. The quality and reliability of B.C.'s forest inventory data has suffered as the B.C Liberals embraced the doctrine of "smaller government." Cuts in staffing at forests ministry from 2002 to 2009 put proper forest stewardship on the back burner. Then came former premier Gordon Campbell's ill-considered move to collapse the forests ministry into a new "super" ministry -- the Ministry of Natural Resources -- a move that not only demoralized staff and added enormous confusion, it exacerbated the problems of building proper stewardship.

The committee recognized the inadequacy of current information about our forests. While it shouldn't take a legislative committee to get the government to do what is clearly its job, the committee called on the province to "ensure sufficient funding is provided to support the preparation of a five-year provincial inventory action plan."

Log exports also caught the committee's attention. In the 1990s, log exports were well below a million cubic metres per year. Today, that number is north of 5 million cubic metres. In a powerful statement, the committee unanimously agreed that exporting unprocessed logs from the Burns Lake and Prince George regions is a mistake that needs to be addressed. When you consider that this committee includes Liberal MLAs who all agreed that log exports from this region are a problem, it speaks volumes about how obviously wrong-headed the government's approach to log exports has been.

Stakeholders, be they mill operators, forest workers or forest-dependent communities are all hoping the government is listening and ready to restrict the export of good community-supporting jobs and industry.

Long-term timber supply requires that we effectively replant where we have logged. The committee looked carefully at the poor job that has been done in the past 10 years. In 2002, the B.C. Liberals changed provincial forestry laws, lessening the obligation of harvesters to replant. Then they cut the budget for silviculture by almost 90 per cent. Ten years later, we have learned that there are more than one million hectares of "not sufficiently restocked" land -- a forester's term for improper or ineffective replanting.

Again, stakeholders are hoping the government is listening and ready to act swiftly and aggressively to ensure we are growing the healthy forests that are critical to the future of the industry.

Of final note, the report looks at how well the government is helping forest communities in the Burns Lake and Prince George regions. Currently, there are no mechanisms in place to respond in timely ways to forest resource problems that directly affect forest workers. To date, the government's ad hoc responses have missed the mark, leaving forest workers to absorb the impacts.

This report begins to shine a much needed light on how the B.C. Liberals' failure to manage our forests is hurting forest workers and their families. They deserve far better; the government's glitzy jobs advertising campaign is not the answer these workers' needs.

Real jobs, real investment in the forest resource, real commitment to restoring these communities and the resource that has been their mainstay, that's what these communities need now. Hopefully, this report shakes things up in Victoria enough to make that happen.