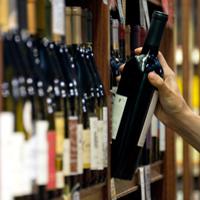 BC Booze among North America's Priciest

Cheers to the B.C. Liberal government!

Shocked? It's not a sentiment seen often in this space but credit should be given when any party does the right thing.

And on new wine corkage rules in B.C. restaurants, the government has -- gulp -- done a good job.

The concept is simple: restaurants with a liquor license can let customers bring their own bottle of wine for a meal and be charged a corkage fee rather than buying wine from the restaurant.

The "bring your own wine" fee can be anything the restaurant decides -- from nothing to perhaps as high as $50 a bottle -- and there is no government bureaucracy involved in setting the fees or administering the process.

Most restaurants will charge a $10 to $25 corkage fee, to discourage customers from packing in the cheapest Somewhat Blanc or Recent Rouge wines. They may also ask patrons not to bring bottles in that are already offered on the restaurant's wine list.

The BYOW idea, while straightforward and practiced for years in other provinces and countries, is potentially revolutionary here.

Corkage could increase restaurant sales while reducing the cost of wine to consumers and allowing them to enjoy a better quality quaff at the same time.

"This is a common sense change that will result in more people going to restaurants," Ian Tostenson, B.C. Restaurant and Food Services Association president, said Saturday in an interview.

Hey, easy on that mark up!

But the government cannot guarantee corkage's success. It's up to restaurants to make the most of this opportunity and consumers to take advantage by patronizing those who offer it.

Unfortunately, one downside is that many restaurants are already too greedy with existing wine pricing mark ups and may do the same with corkage.

I recently dined at a B.C. restaurant in a tourist town where a Louis Latour bottle of pinot noir from France retailing for $23 in government liquor stores was offered for $63 -- almost a triple mark up and a $40 profit!

Instead of buying that bottle, my wife and I had a much cheaper cocktail and glass of wine for under $40. So it was a lose-lose. The restaurant lost out on making more money and we didn't have a bottle with dinner, plus we won't go back because of their wine pricing.

Check one of Vancouver's best restaurant's wine lists and you can find painfully high prices, like $50 for a Pfaffenheim pinot gris from France worth $19 in a B.C. liquor store or $62 for a Errazuriz carmenere from Chile retailing at $22 or $120 for a de Toren Fusion V red wine from South Africa that retails for $45.

The standard doubling of retail prices for wine in restaurants is bad enough but more than that is unconscionable. Big mark ups are a major reason many people don't go out as often to restaurants or don't buy wine to go with their food.

And as the price goes up, the mark up should go down accordingly -- but often it doesn't, so patrons buy low-end wine instead.

So far those restaurants have probably gotten away with it because they think customers are simply stupid and don't know they're being fleeced with every glass.

But my suspicion is that many patrons would spend more on wine and be more likely to return if the establishment offered either a flat rate mark up no matter what the price or at least a much lower mark up on higher end wines.

If restaurants offer a reasonable $10 corkage fee, customers can bring in a $30 retail priced wine and save $20 over what would be charged on a standard 100 per cent mark up if they bought a similarly priced wine off the list. And they can bring in a special bottle saved from their cellar for years or a more expensive one for a special occasion.

"This whole movement to modernize liquor laws is a consumer rebellion over the high cost of alcoholic beverages in B.C.," says Mike Klassen, who runs the BC Wine Lover blog.

"Drinking wine in moderation over a family dinner is one of life's great pleasures, yet it's prohibitively expensive for us. Fairly priced corkage fees are a step toward affordability," Klassen told me.

I completely agree and think smarter restaurateurs will take other innovative steps with corkage, such as waiving or reducing the BYOW fee on traditionally slower days like the beginning of the week or offering no corkage if you bring in a large party or order a more expensive multicourse meal.

Those are all now possible and fortunately B.C. has avoided some problems Quebec created with its corkage rules. In that province only unlicensed restaurants can allow customers to "bring your own wine" -- with the result that none of the best eateries offer corkage. In downtown Montreal just six restaurants advertise BYOW.

But expect some B.C. complaints nonetheless. Pub owners who serve food may be crying in their beer -- because the government excluded them from offering BYOW.

As also recently outlined here, B.C. charges some of the highest retail prices in North America, so corkage fees won't change that reality.

And of course, what would a meal in B.C. be without the hated Harmonized Sales Tax being applied? Unfortunately, until the HST disappears in April 2013, corkage fees will be subject to the tax along with your food.

Nonetheless, let's raise a glass. The B.C. Liberal government has earned a toast at last.