"Creative semantics is the key to contemporary government; it consists of talking in strange tongues lest the public learn the inevitable inconveniently early." -- George Will, U.S. columnist 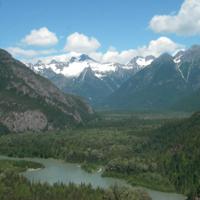 Estimates are money in the bank.

Clark turned the meaning of several words upside down last week to her government's advantage -- if voters believe it -- and dismissed objections as mere "semantics."

Bonuses for Community Living B.C. executives and managers were allegedly cancelled in October after a public uproar over how people with developmental disabilities were being mistreated. Social Development Minister Harry Bloy and CEO Rick Mowles were turfed as a result.

Last week a new controversy broke out after it was revealed that the bonuses were still being paid and simply redefined as part of their base salary, leading one advocacy group to call it "disgusting."

Clark immediately cleared that up by stating that criticism of the government decision to reward the same executives who had been rightly pilloried was just "semantics."

But Clark wasn't finished yet.

Next the premier declared that energy from fossil fuel natural gas that had been previously declared "dirty" by the BC Liberals' own Clean Energy Act would henceforth be called "clean" -- if it was used to power multi-billion dollar plants to liquefy natural gas for export to Asia.

That means two proposed power-hungry LNG plants with export licenses and four more under consideration -- which would use five times the energy now consumed by Vancouver -- can now burn natural gas for electricity to liquefy their product for shipping overseas.

Interestingly, one surprise critic of the Clean Energy Act was Business Council of B.C. executive vice-president Jock Finlayson, who wrote in an analysis of the legislation that:

"The government remains wedded to a policy of penalizing the use of natural gas as a domestic energy source. We continue to find the government's approach both puzzling and contrary to sound economic principles."

Not surprising then that Clark's reversal announcement that using natural gas to power LNG plants will now be regarded as "clean" came at a Business Council energy conference.

A head for numbers

And Clark warmed up her semantics strategy the week before that, by stating there was $500 million in the 2012 B.C. budget set aside for redeveloping Vancouver's aging St. Paul's Hospital.

It was left to Health Minister Mike de Jong to admit that there was actually only $8 million in that budget and that a business plan and concept wouldn't even be completed till 2014.

But no matter -- calling such picky little details "semantics" simply solves any problems!

Given this clear trend, a similar announcement from Clark may be coming soon.

May 2013: Premier Christy Clark declared a BC Liberal "election victory" despite her party winning less than a dozen seats, as the New Democrats swept to a crushing majority government.

"We clearly won the election because we had the best campaign, the best record and the best leader," boasted Clark. "To say otherwise is just... semantics."