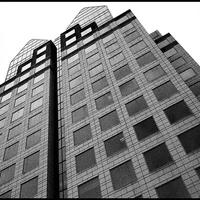 Some political promises are hard to keep, others are violated or shamelessly denied. Then there are BC Hydro promises.

Last week Premier Christy Clark proved she is no different than former premier Gordon Campbell when it comes to not just breaking a promise, but blowing it to smithereens.

Clark's decision to dictate marching orders to the B.C. Utilities Commission, which is supposed to be an independent authority regulating BC Hydro electricity rates, was outrageous enough.

But Clark and Energy Minister Rich Coleman went much further than that, wrongly claiming they were actually keeping a promise to dramatically cut BC Hydro rate hikes and save consumers money.

What they are really doing is foisting a scheme on British Columbians that will have you paying grossly inflated BC Hydro bills for decades -- but only after the 2013 election.

Unlike most shell games though, you can see right through this one, if you look hard enough.

Clark and Coleman would have you believe that they've stopped the evil power barons of BC Hydro from raising your electricity rates by 50 per cent, with the Utilities Commission rubber-stamping their nefarious plot.

"When times are tough, a 50 per cent rate increase is pretty tough to take," Clark said. "I think British Columbians don't want to see those huge rate increases, they want to know we are working hard to try and reduce total costs for everybody."

"The Utilities Commission had a different view of this, they would have had rates go up by 50 per cent," Clark claimed before the Commission could even call one witness, let alone make a ruling.

"I told British Columbians I was going to wrestle that rate increase down. I'm keeping my promise!" Clark boasted.

Thank goodness Christy and Rich came to our rescue! Now we can all turn the lights on again without going broke.

It's a real feel-good story -- except for the facts.

First, Clark and Coleman still imposed a 17 per cent BC Hydro rate increase over three years -- money out of your pocket.

Second, there was no "50 per cent" rate hike on the table. BC Hydro's original 32 per cent request had already been cut to 17 per cent last year.

Was Clark being deliberately devious by repeating the wrong number six times in her scrum with media?

Third, Clark and Coleman arbitrarily cancelled public hearings by the Commission that would have laid out why BC Hydro needed a big rate increase.

Those hearings would have included full cross examination of officials under oath about BC Hydro's finances -- and that's why the government quickly shut them down.

Because the Commission would have asked about the horrendously high cost of the government forcing BC Hydro to buy expensive "green" electricity from independent power producers at rates up to 10 times higher than either from BC Hydro's own hydroelectric dams or the spot energy market.

BC Hydro's long term obligation to buy the private IPP's power is more than $30 billion over 25 years.

But the BC Liberal Party's cost to benefit their financial supporters? Priceless.

Fourth, the Commission and public interest intervenors would doubtless want to know about BC Hydro's stunning deferral of $4.5 billion in expenses by 2017 that ratepayers will eventually have to pay for.

Those deferrals come at the same time government siphons money off BC Hydro revenues to balance its own budget.

Fifth, the Commission would have looked at the $1-billion smart meter boondoggle, previously having been stopped from reviewing it before the dubious devices were imposed on unhappy consumers by another BC Liberal direct order.

While smart meters are highly controversial for health reasons due to their emitting wireless radiation, what is unquestionable is that they produce extremely healthy profits for the corporations building and installing them.

Sixth, Clark and Coleman conveniently forgot to mention that their government appoints the BC Hydro board of directors and the members of the B.C. Utilities Commission -- they're ultimately in charge of both.

So to sum up, Christy Clark cancels public hearings into BC Hydro's multi-billion dollar debts, but still imposes big rate increases while declaring herself a hero for "saving" us from even higher -- but imaginary -- hikes at the hands of two organizations she actually controls.

That's damn good politics -- if no one catches on.