Writer Nelson Algren had as three rules of life: "Never play cards with a man called Doc. Never eat at a place called Mom's. Never sleep with a woman whose troubles are worse than your own." 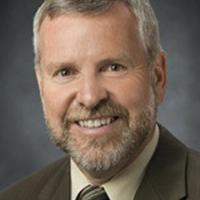 To this I might add a new one appropriate to these times. Never ever believe a politician, nor expect the mainstream media hold one to account.

A recent example is that of John van Dongen demanding that the Campbell/Clark government be held accountable for the BC Rail case. Postmedia writers Vaughn Palmer and Mike Smyth have adopted van Dongen as Public Hero Number One, as he makes a release a day on this issue. He is being portrayed as a man of great integrity, laying down his political life for his province.

Of course I believe that van Dongen's right, just as a stopped clock is right twice a day. There indeed should be a full investigation. But the Postmedia pals seem to have lost their memories. Isn't this the same van Dongen who, rather than hold fish farmers to account -- as he was supposed to do as licensing authority for these environmental catastrophes -- gave them staunch support rather than apply the "precautionary principle?"

Isn't this the same van Dongen who gave back $2.3 million in fines for environmental abuse levied against fish farmers?

Isn't this the same van Dongen who temporarily resigned from cabinet after it came to light he'd passed sensitive information to a fish farming company allegedly being investigated for environmental infractions?

These matters don't derogate from the fact that van Dongen is right. It does mean that the issue of his credibility comes into focus.

I call into question the credibility of politicians and must, therefore, deal with my own as a cabinet minister.

As Robbie Burns put it, "O wad some Pow'r the giftie gie us. To see oursels as ithers see us!" No one can be a judge of his own veracity and I have no doubt that I put the best spin on matters. But I can say that I believe I gave honest answers; perhaps not out of personal good character so much as in the knowledge that the media of the day would force the truth from me, both as reporters and columnists. It was brutal and we hated it. This hour by hour coverage was, to our minds, unfair.

Perhaps it sometimes was, but it made us a better government.

The "brutes" of that day included Jack Webster, Pat Burns, Gary Bannerman, Allan Fotheringham, Marjorie Nichols, Barbara McClintock, Jim Hume, Brian Kennedy, Jack Wasserman, Allan Garr, Brian Coxford and the list goes on. They considered it their duty to hold our feet to the flame and did so with gusto, flair and the conviction that they were doing God's work.

This vigilance continued through the NDP years, but vanished in 2001 when Gordon Campbell came to power.

My point today is not just that governments in Victoria and Ottawa have had a free ride, but that the public does not have information before them they need to form opinions.

Going back to 2001, how much criticism of fish farm policy have you seen in corporate media? What about the private rivers policy? Pipelines? Tanker traffic? Agricultural Land Reserve incursions?

It's not what the mainstream media has done but what it hasn't done.

When was the last time your MLA or MP explained environmental policy in a public hearing?

The blame cannot rest on the shoulders of the work-a-day writers and broadcasters, because in order to make a living they must get in print or get air time. The policy of see, hear, speak no evil comes right out of the corporate offices.

This is true the world over. The mainstream media is under such financial stress it can't afford to alienate those who pay the bills -- the advertisers.

(I must pause here to say that within its own indecipherable policy, the CBC does cover issues but mostly with its gloves on.)

British Columbia is at a critical environmental crossroads. Pipelines are planned through one of the last of the world's wildernesses to be followed by a tanker a day moving highly toxic bitumen down one of the most beautiful and dangerous coastlines in the world. At the same time, another pipeline expansion with the bitumen to be taken by tanker through Vancouver harbour is pending. That there will be spills and ruptures with appalling consequences is a lead pipe certainty.

Where have the mainstream media been on this? What do you suppose the coverage would be like if the same journalistic standards of yesteryear prevailed? Surely the obvious answer would be that the public would be much better informed, thus able to take political decisions from knowledge not occasional political outbursts, corporate press releases or public relations carefully spun bullshit.

Some of the slack is taken up by online papers like The Tyee. Bloggers do their bit. Environmental organizations like The Common Sense Canadian, which I helped found, provide editorials and opinion. But these admirable efforts do not, in the usual sense, put pressure on politicians on a day-to-day basis. They cannot replace the poised pen or hot microphone.

What good is freedom of the press if the writers are gagged and the public denied the facts or given half truths at best?

A.J. Liebling had it right when he said "Freedom of the press is guaranteed only to those who own one."