"It's a tough one. You know, winning three byelections for the government in... a 12-month period is probably harder than getting a Stanley Cup." -- B.C. Premier Christy Clark 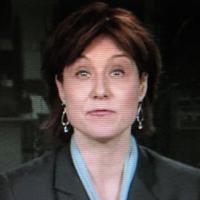 The Vancouver Canucks find out shortly just how hard it is to advance in the first round of the Stanley Cup playoffs, let alone take home the shiny silver mug.

And Premier Christy Clark will find out Thursday night if she does even better than that. But it's highly unlikely the BC Liberals can win even one of the byelections in Port Moody-Coquitlam and Chilliwack-Hope to go along with her narrow Vancouver-Point Grey win last year, let alone both.

While Clark and her team are desperately dampening byelection expectations with Stanley Cup analogies, there are other ways of viewing B.C. political history that are far more telling.

Clark is correct in saying that: "History is not on the government's side when it comes to byelections. The only byelection that government has won in 30 years was the one that I won in Vancouver-Point Grey this last year, so you know we're battling tough odds in this."

And Clark cheerleader Geoff Plant, the former BC Liberal attorney-general under ex-premier Gordon Campbell, is also helpfully chiming in that his party will be defeated in both ridings.

But consider another set of statistics that are equally, if not more valid.

In other words, the party in office before the byelection has won them two out of every three times for the past 60 years.

That makes Clark's victory last year to barely win the seat Campbell comfortably held since 1996 far less impressive -- and adds pressure on the BC Liberals to win at least one of the byelections to keep up with those statistics.

Add to the fact that both Port Moody-Coquitlam and Chilliwack-Hope were previously safe BC Liberal seats for several elections before this -- and that Clark herself was the MLA for Port Moody from 1996 to 2005 -- and you have double trouble.

In fact, former BC Liberal MLA Iain Black easily won Port Moody-Coquitlam in the 2009 provincial election with 52 per cent of the vote versus the BC New Democrats' 40 per cent.

And in Chilliwack-Hope, former BC Liberal Attorney General Barry Penner handily beat the BC NDP by a margin of 53 per cent to 33 per cent.

But this time the BC Liberals face popular former Port Moody Mayor Joe Trasolini running for the NDP while previous NDP candidate Gwen O'Mahony is back for another try in the Chilliwack-Hope byelection.

The NDP candidates may be helped by the absence of Green Party candidates this time in both ridings, since the Greens took 6.6 per cent of the vote in Port Moody-Coquitlam and 5.6 per cent in Chilliwack-Hope.

And the resurgent BC Conservatives have nominated well-known newspaper columnist and criminologist John Martin as their Chilliwack-Hope candidate, turning the contest into a tight three-way race, as has the defection of long time BC Liberal MLA John van Dongen to the BC Conservatives last month in next door Abbotsford South.

BC Liberal candidate Laurie Throness, a former Reform Party and Conservative staffer in Ottawa is trying to hold the Chilliwack-Hope fort, while Dennis Marsden, who lost neighbouring Coquitlam-Maillardville to the NDP in 2009, is trying to save Port Moody-Coquitlam for the BC Liberals this time. Christine Clarke -- her real name, to the BC Liberals' chagrin -- is the BC Conservative candidate in that riding.

With both an Angus Reid Public Opinion poll and a Forum Research poll showing the BC Liberals tied with the BC Conservatives at just 23 per cent each, and the BC NDP at either 43 or 46 per cent respectively, Clark's chances of taking home the Stanley Cup of provincial politics look decidedly bleak.

And like the Vancouver Canucks, losing brings the extreme risk of a change of team manager.