Ideology makes you stupid and if someone gives you power it makes you dangerous. That makes Jim Flaherty, Canada's finance minister, one of the most dangerous people in Canada as he prepares to deliver one of the most draconian and irrational budgets in recent years. 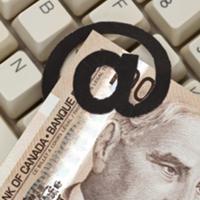 Flaherty's Budget: What's In It for Tech?

Finance ministers have a huge amount of leeway in deciding what economic or fiscal issues they are going to devote the most time to in a budget. They can focus on economic growth per se, or employment, or productivity, or shifting the macro-focus of the economy to anticipate future developments, or decide to build a modern infrastructure to enhance the country's competitiveness -- or any combination of the above.

But all those actually require an activist government, using real policy tools to intervene in the economy. Jim Flaherty and his boss Stephen Harper would rather stick pins in their eyes than actually behave like a government. They are, in effect, an anti-government. And while they need to be seen to be doing something, reaching some goal, it cannot be seen to be messing with the "natural" evolution of capitalism. Their base in rural Alberta, Saskatchewan, B.C. and the 905 region hate government and have had their hatred legitimized and reinforced by the Harperites. They now expect a steady dismantling of government.

So, the easiest possible thing to do as an anti-government is to simply lop off $8 billion, mostly by laying off employees and doing that in a strategic way that targets the programs and services most hated by the all-important tea-party north.

There will be absolutely no benefit to anyone economically from this budget. It is purely political. Everyone will suffer: business, small and large, individuals, families, the barely-employed, the infrastructure everyone uses, pure science and technology where 90 per cent of innovation comes from, environmental monitoring so we know what's poisoning us and where. You get the idea.

The deficit cutting is purely the result of the massive tax cuts implemented by Flaherty starting in 2007 with his $60 billion, five-year plan and his decision to lop two points off the GST (worth about $14 billion). These tax cuts gave the federal government a structural deficit (which means it persists even in good times). The corporate tax cuts (to 15 per cent lower than half the U.S. rate of 35 per cent) were supposed to result in a huge flowering of new corporate investment and jobs but of course this project has been a spectacular failure. Large corporations are sitting on some $800 billion in idle cash (equal to about half the country's GDP). This accumulation of cash has been going on since the 2008 crash and yet the corporate tax cuts kept coming -- more evidence that they were purely ideological.

This addiction to libertarian ideology has, however, backed the Harper government into a corner. If there really is a structural deficit, created by the huge voluntary reductions in revenue, then Flaherty does have to address the deficit. That's because even if he can stimulate growth the tax base is now too thin to get rid of the deficit naturally.

But by going after the deficit, Flaherty gets the worst of both worlds. Eight billion off the deficit is not that significant but its deflationary impact on the economy could be considerable. Flaherty puts economic growth at risk and almost ensures that government revenue (personal and corporate income taxes, GST, payroll taxes) will decline further and government expenditures (EI) will increase -- meaning the net deficit reduction could be much less than $8 billion. Flaherty's dogged commitment to corporate and high-income earner tax cuts means that an economic slow-down is almost inevitable.

Even though Flaherty's economic and fiscal policies actually hurt the corporate sector, don't hold your breath waiting for a critical word from Bay Street. Government spending is one of the key factors in many sectors of the economy. While the numbers are old, a 1985 study by economist David Robertson is still revealing and shows just how important government spending can be to the private sector.

The Harper government regime has such a hatred of government that is has completely lost sight of its role in maintaining the health of the revered capitalist economy. And it goes well beyond just the implications revealed in the 1985 study. Government spending on Medicare, infrastructure, education, child care and all the other services we have established allow business to externalize many costs that they would otherwise have to pay -- key elements in making them competitive internationally. One dramatic example is Medicare -- which allows the Canadian Big Three automakers to produce the identical car for $1,500 less than their U.S. counterparts.

Imagine how much stronger and more stable the Canadian economy would be today had provincial governments, and federal ones starting with Jean Chrétien's and Paul Martin's, not slashed taxes for corporations and the wealthy. As a result of those cuts, federal and provincial governments' tax revenue has fallen from a high of 45 per cent as a share of GDP in 1998 to 33 per cent today. Most of that lost revenue has ended up in the pockets of large corporations and the wealthiest 10 per cent of Canadians. In effect, as the wealthy can only spend so much, and corporations refuse to invest, that money is effectively out of circulation.

If you want to get some sense of how much better off we could be, look at the Nordic countries which routinely collect over 50 per cent of their GDP in taxes. They have all weathered the economic crisis far better than their developed nation counterparts engaged in the tax-haven race to the bottom. And they have done it while remaining, according to the World Economic Forum, in the top 10 countries in the world in terms of economic competitiveness.

When the government, the media and almost the entire economics profession have all drunk the free market Kool-Aid, it's almost impossible to even have a debate about the wisdom of deficit slashing in a near-recession. I suppose we will have to wait until this idiotic policy drives us into a sustained recession that we can legitimately pin on Flaherty and Harper -- and then get rid of them.