Any Canadian listening to the news these days might well conclude that the Republican extremists or some associated evangelical group has occupied Ottawa. 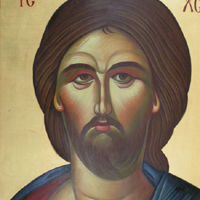 And they'd be righter than Job, I believe.

Almost daily, more evidence surfaces that Canada's government is guided by tribalists averse to scientific reason in favour of Biblical fundamentalism -- or what some call "evangelical religious skepticism."

First came Canada's pull-out of the Kyoto agreement without any rational or achievable national plan to battle carbon pollution.

Next came the hysterical and unprecedented letter by Natural Resource Minister Joe Oliver, an investment banker. It branded local environmentalists and First Nations as foreign radicals because they dared to question the economic and environmental impacts of a Chinese-funded pipeline.

At the same time federal security types declared Greenpeace, a civil organization originally started by Canadian journalists, to be a "multi-issue extremist group."

While government and industry PR folk spin fabrications about Canada's environmental record, Scott Vaughan, Federal Environment Commissioner in the office of the Auditor General, reports that there are only 12 water quality stations for Canada's 3,000 First Nations communities and just one federal water monitoring station operating downstream from the oil sands. Until last year it was calibrated only to detect pulp mill pollution.

The data-antagonistic Harper government has so muzzled federal scientists that an editorial in the prestigious Nature magazine demanded that it was "time for the Canadian government to set its scientists free."

And now Tory senators are threatening to revoke the charitable status of any group that dares to criticize the government's environmental performance or its subsidies for fossil fuels.

From where does the government's extreme animus towards journalists, environmental groups, First Nations and science (and I've put together but a partial list of victims here) arise? The moment demands we take a close look at Stephen Harper's evangelical beliefs.

"The Alliance Church places an intense focus on the need for personal salvation, emphasizes the importance of leading a 'holy' life and encourages spiritual healing, says Goff.

"The denomination also stresses that Jesus Christ's return to Earth is imminent, says the evangelical specialist, who was raised in the Alliance Church.

"Alliance Church rules, like those of other evangelical denominations, strongly oppose homosexual relationships, describing them as the 'basest form of sinful conduct.'

"The Alliance Church is also tough on divorce and holds that Christians who have been adulterous do not have a right to remarry.

"The denomination's leaders, in addition, oppose abortion, stem-cell research, euthanasia, the use of marijuana and ordained female clergy…"

Unknown to most Canadians, the prime minister belongs to the Christian and Missionary Alliance, an evangelical Protestant church with two million members. Alberta, a petro state, is one of its great strongholds on the continent. The church believes that the free market is divinely inspired and that non-believers are "lost."

Now let's be clear: I am a Christian and a social conservative and a long time advocate of rural landowners and an unabashed conservationist. I have spent many pleasant hours in a variety of evangelical churches and fundamentalist communities. Faith is not the concern here.

But transparency and full disclosure has become the issue of paramount importance. To date, Harper has refused to answer media questions about his beliefs or which groups inform them. If he answered media queries about his minority creed (and fewer than 10 per cent of Canadians would call themselves evangelicals) he'd have to admit that he openly sympathizes if not endorses what's known as "evangelical climate skepticism."

No one knows this fossil fuel friendly ideology better than Dr. David Gushee, a distinguished professor of Christian Ethics at Mercer University and a Holocaust scholar. The evangelical Christian is also one of the drafters of the 2006 Evangelical Climate Initiative. It declared climate change a serious threat to Creation that demands an ethical Christian response.

But that's not the wing of the evangelical movement that Harper listens to. Given his government's pointed attacks on environmentalists and science of any kind, Harper would seem to take his advice from the Cornwall Alliance, a coalition of right-wing scholars, economists and evangelicals. The Alliance questions mainstream science, doubts climate change, views environmentalist as a "native evil," champions fossil fuels and supports libertarian economics.

A recent declaration on climate change by the Cornwall Alliance denies that carbon dioxide "is a pollutant" and adds that "there is no convincing scientific evidence that human contribution to greenhouse gases is causing dangerous global warming." Moreover any reduction in emissions would "greatly increase the price of energy and harm economies."

A separate Cornwall declaration describes environmental regulation as an impediment to God's will:

"We aspire to a world in which liberty as a condition of moral action is preferred over government-initiated management of the environment as a means to common goals."

A book published by the Alliance called Resisting the Green Dragon: Dominion not Death even portrays environmental groups as "one of the greatest threats to society and the church today."

One passage reads that, "The Green Dragon must die... [There] is no excuse to become befuddled by the noxious Green odors and doctrines emanating from the foul beast..."

The Cornwall Alliance also believes that renewable forms of energy such as wind and solar are only good enough for poor or rural peoples until nuclear and fossil fuel facilities "meet the needs of large, sustained economic development."

In a 2010 interview, Gushee, a brilliant and passionate Christian, detailed the basic tenets of "evangelical climate skepticism." He said there were seven main points and argued that they had poisoned the Republican Party. These tenets not only explain startling developments in Canada but should raise the hair on the neck of every thinking citizen regardless of their faith:

1. Disdain for the environmental movement

2. Distrust of mainstream science in general

3. Distrust of the mainstream media

4. Loyalty to the party

5. Libertarian economics as God's will (God is opposed to government regulation or taxation

In the end of the interview, Gushee summarized the purpose of this new evangelical Republicanism: "God is sovereign over creation and therefore humans can do no permanent damage... God established government for limited purposes and government should not intervene much in the workings of a free market economy... The media is overplaying climate change worries... The environmental movement is secular/pagan and has always been a threat to American liberties...

"Nice worldview, huh? I disagree with just about every word of it."

But that Republican religious tribalism is now Ottawa's worldview.

Readers looking for a thoughtful analysis on Harper and the rise of libertarian religious tribalism in Canada should pick up Marci McDonald's The Armageddon Factor.

Another touchstone might be G.K. Chesterton, a radical Catholic, who regularly questioned the wealth and power of big government and business decades ago.

He would have advised us to get to the bottom of whether our prime minister is pretending to be just a wonkish politician while pursuing an extreme Republican evangelical agenda.

Canada needs to have an open conversation about the virtues of democracy over theocracy.