"It is not a woman's lot to suffer." -- Actress Susan Sarandon 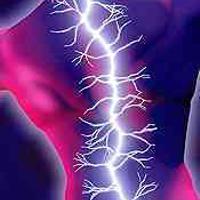 To Be Young and Living with Pain

These are just some of the drugs my stepdaughter Erin Ross Coward has taken over the past few years.

But Erin isn't addicted to drugs -- they were all doctor-prescribed to relieve the extreme and chronic pain of her endometriosis.

March is the month dedicated to awareness about this surprisingly common but mostly unknown chronic illness that affects one in 10 women in varying degrees.

Endometriosis occurs when tissue like that which lines a woman's uterus grows elsewhere in her body, usually the abdomen.

That tissue responds to the menstrual cycle like the uterus tissue does -- it builds up, breaks down and sheds.

But unlike during a period, this blood and tissue have no way to leave the body, resulting in painful inflammation and sometimes internal scarring or adhesions.

Many women mistakenly believe it is just "normal" menstrual pain and aren't diagnosed, but for others like Erin, the symptoms are far more severe. And like many with endometriosis, Erin also suffers from fibromyalgia -- a disorder that causes widespread musculoskeletal pain and fatigue.

At just 27 years old, Erin has undergone five separate surgeries to remove endometrium tissue attaching itself to her internal cavities and even organs, making it still more challenging to remove. Each surgery has left her recovering for weeks afterward.

Erin has also made literally countless trips to the hospital for morphine injections when the pain is unmanageable with prescription drugs, to her doctor, gynecologist, massage therapist, acupuncturist and naturopath seeking relief. The B.C. Medical Plan does not cover all of her treatments, making endometriosis expensive as well as painful.

Erin's pain is visceral and debilitating. The other results of endometriosis include serious fatigue, irregular and heavy bleeding, nausea, dizziness and depression.

About 30 to 40 per cent of women with endometriosis are unable to have children, says the World Endometriosis Research Foundation.

As Erin's parents, my wife Shirley Ross and I feel a very different pain from watching her suffer -- emotional and intense, with a sense of helplessness.

The chronic pain hurts us all. And there is no solution.

Out of the shadows

In the past doctors believed either pregnancy or a hysterectomy would cure endometriosis but that has been disproven. Pain management is the only solution.

Erin describes her endometriosis this way: "It's like having the worst period you've ever had, every day of your life."

And yet Erin is outwardly a beautiful young woman -- which makes it even harder for people to understand her "invisible" illness.

Too often someone has dismissed her devastating condition by saying, "You look fine to me."

Erin has bravely not only faced the disease by trying her best to live a normal live but also writes publicly about it on her blog End Endo BC.

"I struggle to get out of bed, to hold a coffee mug without spilling or dropping it and even the simple task of dressing yourself can exhaust you," Erin wrote Saturday. "I am not bitter about living this way, I'd rather live then be dead, so I keep trying. Keeping my head above water is the plan."

Ironically, just as endometriosis awareness month started, Erin's plans to become a teacher were put on hold. Erin was forced to take a medical leave from the University of B.C. because she is in too much pain to attend classes, so she must try to regain her health before resuming studies.

It's another unfair blow -- but Erin completed her bachelor of arts degree previously while fighting the illness, and plans to return.

Actresses Susan Sarandon and Padma Lakshmi are just two famous women who are speaking out about their battles with endometriosis and the need for more awareness, research and support for those who suffer from it.

As Lakshmi, host of Bravo TV's Top Chef and a former supermodel says, it's difficult for women to talk about the illness because of its intimate nature:

"Endometriosis still isn't openly discussed. It's at the stage that breast cancer was many years ago," Lakshmi says. "It's never pleasant talking about such a personal issue."

Learn more, hope for a cure

We remain hopeful for a cure or just better pain relief for women like Erin who suffer from the most severe form of endometriosis.

"Too many are affected by this terrible disease and too many of us are not being loud enough to bring attention to it when it affects one in ten women," Erin writes.

But for now endometriosis is still a hurtful illness that deprives so many women of their ability to live life fully, have children and exist without pain.

So spare a moment to find out about endometriosis. With so many affected, everyone knows a woman like Erin who needs your support.