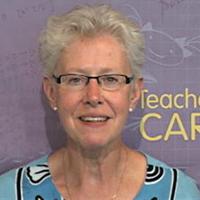 No one in their right mind would play high stakes poker against a dealer who not only uses a marked deck but also deals from the bottom of that deck and has an ace up their sleeve.

But that's the untenable position B.C. teachers now find themselves in, trying to negotiate a new contract with a provincial government that announced last week it would impose its own terms through legislation.

It's an all-in, no-win situation for teachers.

B.C. Liberal Education Minister George Abbott claims negotiations have failed, so the government has no choice.

"This isn't a situation that anyone wanted," Premier Christy Clark chimed in.

Some observers nod their heads sagely and agree -- what else can Abbott do? The teachers aren't willing to bargain, they say, it's so predictable.

Don't be fooled -- it's predictable all right -- that when the government holds all the cards, the teachers lose the game, every time.

And it's exactly what Clark and Abbott wanted -- the opportunity to bolster their flagging public support by getting tough on teachers.

With the BC Liberals down to 25 per cent in a new Forum Research poll and the BC Conservatives nipping at their heels at 22 per cent, while the New Democrats coast at 42 per cent and two by-elections imminent, things are desperate.

The pollsters even predict the NDP would win 63 of B.C.'s 85 ridings with these numbers.

What options are left? Pick a fight with teachers!

The B.C. Teachers' Federation technically negotiates with the B.C. Public School Employers' Association, which is the province's bargaining agent.

But talks have come to an impasse because the government doesn't want teachers to get a raise -- any raise -- unless it comes from cutting school budgets elsewhere.

That means BCPSEA doesn't have to negotiate -- can't bargain -- because the government has restricted its mandate.

Abbott's statements as minister show just how little room BCPSEA was given to work with: "The union's demands, which would add $2 billion in costs for B.C. taxpayers, are not acceptable given the current financial reality."

Leave aside that Abbott is using gigantic financial numbers to put a cost on a deal -- outlandish projections that the union totally rejects, saying $565 million is currently the price tag for their current position.

Abbott ratchets up the rhetoric even more, claiming the minimal job action to date is damaging and an actual walkout would be unacceptable.

"It is clear that this strike is hurting students and any escalation in strike action will only increase the harm to students and the impact on parents," said Abbott.

The minister, conveniently, forgets that teachers have gone out on strike several times in the past, including a two-week walkout in 2005 -- without the sky falling or students failing.

The government has every right to take the position that there is no money for wage increases -- but so does the union to demand more money and better conditions for its members.

The whole concept of collective bargaining is that pressure is put on both sides to compromise and move to a mutually acceptable agreement that gives each some of their goals.

To apply pressure, unions can partially or fully withdraw their labour, while employers can leave them out on a picket line rather than drawing regular pay -- or even lock them out.

In public sector negotiations, unions pressure their employer -- a provincial, municipal or federal government -- by creating inconvenience that results in voters demanding an agreement be reached.

And an Environics poll commissioned by the B.C. Federation of Labour clearly shows that in this situation the public sides with teachers, at 52 per cent, rather than the government, at 39 per cent.

The same poll shows 89 per cent would agree to binding arbitration to settle the contract and just eight per cent reject it.

But the BC Liberals are obviously in that eight per cent minority, again showing their lack of interest in making a deal and instead provoking a confrontation for political gain.

Even the B.C. School Trustees Association’s provincial council came out in favour of the BCTF request for a mediator rather than an immediate move to legislation.

How governments handle these disputes can make or break their political future.

But by imposing a contract without serious bargaining, never even considering putting money on the table and without allowing teachers to take real job action, this government shows the poker game was fixed from the start.