European trade negotiators are in Ottawa this week to continue talks with their Canadian counterparts toward a Comprehensive Economic and Trade Agreement (CETA). According to most accounts, the negotiations are winding down with differences in only a few areas. In Davos last week, at the World Economic Forum, Prime Minister Harper repeated his desire to have a deal in place by the end of the year. 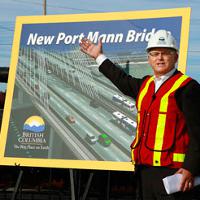 BC Liberals in Bed with P3 Industry

One area where Canada and the EU differ -- but not necessarily disagree -- is on how water services should be treated. Where European member states want CETA to protect their policy space when it comes to water, Canada is seeking no such protection. It's a case of European private water giants having their cake and eating it too.

On Jan. 25, Canada's services and investment offers in CETA negotiations were leaked by a Quebec network critical of Harper's free trade agenda. These documents list sectors and policies that Canadian governments would like to protect from commitments extending the rights of investors to challenge policies that would interfere with profits.

The Canadian Union of Public Employees and the Council of Canadians immediately noted with great concern that no province or territory has safeguarded water services (drinking water and wastewater) from their initial offers. This confirms the warning in our 2010 report, "Public Water for Sale: How Canada Will Privatize our Public Water Systems," that access to Canadian water and wastewater services is a key incentive for the EU in CETA negotiations.

This is not a theoretical discussion. We can look to Argentina for several examples of investor protection at work. In response to Argentine attempts to control the cost of private water concessions, Suez, Agbar, and other European water companies are claiming $1.2 billion in damages under bilateral investment treaties.

In Aug. 2007, the International Center for the Settlement of Investment Disputes (ICSID) ruled in favour of a Veolia subsidiary, Compañía de Aguas del Aconquija, in another private water-related dispute, awarding the firm $105 million in damages.

Governments pay twice under trade deals where water is not carved out: first through privatizations gone wrong, and then again through fines handed out by unaccountable investment arbitrators.

The EU and its member states seem to understand these problems better than Canada. The EU commission is proposing to reserve the right "to adopt or maintain any measure at any level of government with respect to services relating to the collection, purification and distribution of water, including the provision of drinking water, water management, and waste water management." In other words, they protect public services at home, but want their own firms to lay siege to public systems abroad. It's a woeful double standard.

European water firms are already making inroads into Canada's water systems through public‐private partnerships. The federal strategy appears to be to starve municipalities of infrastructure cash until they are forced to privatize through a P3. New federal wastewater regulations that come with no funding to meet higher treatment standards leave cash-strapped municipalities with P3s as the only option. This is despite evidence from auditors' general reports across Canada that P3s are often more costly and less efficient than fully public models.

Governments in Europe and around the world are going in the opposite direction to Canada. Poor service levels, high costs, and lack of democratic accountability are prompting privatized water services to be brought back into public control. In Europe, the biggest French water companies, including CETA supporters Veolia Environnment and Suez, are under investigation for price-fixing -- so much for privatization leading to real competition.

If Canada does not exclude drinking water and wastewater services from CETA, it will take away the ability of municipal, regional or provincial governments to reverse water privatization when things go wrong, which they so often do. But maybe that's the point.

The CETA documents leaked last week show Canada is ready to extend a new "right to profit" to EU‐based and other private investors in Canada's water services. We are asking all provincial governments to correct this mistake by fully excluding drinking water and wastewater services from their trade offers. We also urge the provinces to withdraw their support from CETA negotiations until the public and other elected officials have had a chance to review these offers.