Few debates illustrate the messy nature of North America's energy politics better than the postponement of the Keystone XL pipeline. 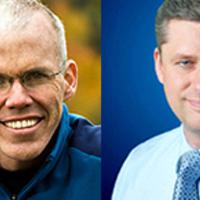 Now that the U.S. Department of State has officially declared that the megaproject is not in the national interest (for now), the media exploded with the usual lamentations, incriminations and sophistry.

But like a giant gas flare, the very undead project shed some scary light on how unconventional resources beget unconventional politics. It even highlighted the growing political divide between one per centers and the rest of us.

In particular, the rousing debate revealed the corrosive power of the oil patch; the centrist character of the Obama presidency; Canada's wacky oil sand politics; the naivety of the environmental movement; the poverty of energy thinking and the unpredictability of life during the Great Stagnation.

Although advocates pretended that the no-brainer project was all about security and jobs, real politics suggested it just might be a Trojan horse. Renowned petroleum economist Philip Verleger even maintains that the pipeline could "allow refiners and foreign suppliers to drive a wedge between the prices of oil produced in the United States and oil produced in areas such as Africa or the Middle East." Go figure.

Now the uncontested facts are these. TransCanada wanted to build a 3,000 kilometre pipeline to move 250 million barrels of raw bitumen a year from Alberta's oil sands to U.S. Gulf Coast refineries. It wanted to sidestep an oil-processing bottleneck in the U.S. Midwest and dump their landlocked product onto coastal super tankers. But as TransCanada learned, you can never do one thing with $7-billion.

Canada's National Energy Board, a half-hearted regulator at best, rubber-stamped the pipeline several years ago. The board expressed no interest in how the pipeline might grow bitumen's ugly mining footprint and carbon liabilities. Nor did it want to know much about the impact of raw bitumen exports on Canadian refining jobs.

Let's begin with the proponent, Calgary-based TransCanada. The energy infrastructure giant, a model of Alberta arrogance, ignored all the warnings. Engineers knew that any pipeline that cut through the celebrated Nebraska Sand Hills would have to contend with "boiling sands" where groundwater can bubble to the surface.

TransCanada, which showcases the nation's astounding lack of environment sensitivity, downplayed the challenge and opted for the cheapest route through the Hills. It cost them big time.

Nor did the firm think Nebraskans might mind risking the nation's largest freshwater aquifer to leaks, spills and contamination for the benefit of a few transient Canadian vandals. They got that one wrong, too. In the end, water concerns legitimately and fairly killed the irresponsible route over the Ogallala aquifer just as water concerns have already killed the Gateway project.

TransCanada's land men also threatened ordinary hardworking ranchers with expropriation when they didn't sign on the dotted line. Although it's legal to bully Canadian landowners, its bad form in the United States. TransCanada's bad practices sent rural Nebraskans into the arms of environmentalists creating an unbeatable alliance: rural conservatives and urban liberals.

Next comes the jobs issue. The project was indeed about jobs but not about American ones. TransCanada and its lobbyists, including that famous oil analyst Donald Trump, falsely advertised that the pipeline would employ 20,000 construction workers and ultimately create 119,000 manufacturing positions or more.

The hubris got bolder: lobbyists at the American Petroleum Institute, and Canadian and U.S. politicians bought and paid for by Big Oil, claimed that the pipeline could reverse the stagnation of the U.S. economy.

A 2011 Cornell University Global Labor Institute report crunched the numbers too and revealed that the project's construction would inject no more than $4-billion into the U.S. economy and only create between 2,500 and 4,650 jobs.

Unlike Canadian Tories, the Cornell study pointed out that the pipeline, by exporting raw bitumen to U.S. Gulf Coast refineries, would steal good jobs from Canada. Every time Canada exports 400,000 barrels of raw bitumen, economists calculate that the nation sends approximately 18,000 upgrading and refining jobs abroad and reduces Canada's GDP by 0.2 per cent.

Raw bitumen exports basically spell economic death by de-industrialization. That's why one of the biggest unions in Fort McMurray (the Communications, Energy and Paperworkers Union of Canada -- CEP) and Alberta statesman Peter Lougheed both opposed the pipeline. So, did lots of oil patchers. They considered it a national mistake.

But Ottawa doesn't care much about ordinary Canadians. Ethical Oil lobbyists, who all have direct ties to the office of Prime Minister Stephen Harper, claimed that the pipeline would replace "conflict oil" with ethical oil. They also said it would improve the welfare of oppressed women in Riyadh.

But that was propaganda, too. By driving up the global price for oil, bitumen, already the world's most expensive hydrocarbon, sent the Saudi's laughing all the way to the bank years ago. The Saudis own a lot of Gulf refineries, too.

The Cornell labor study noted that oil is a fungible global good and North American oil companies habitually invest in unethical places while unethical companies prefer to invest in give-it-away places like Canada.

The study said what Canadian newspapers didn't: "Tar Sands development has attracted investment capital from oil multinationals -- with Chinese corporations' stake getting bigger all the time.... Much of the Tar Sands oil will be refined in Port Arthur, Texas, where the refinery is half-owned by Saudi Aramco, the state-owned oil company of Saudi Arabia. And a good portion of the oil that will gush down the Keystone XL will, according to some studies, probably end up being finally consumed beyond the territorial United States."

The debate also revealed the long reach of Big Oil in American politics. It marshaled its players everywhere. Its great power explains why two Alaskan U.S. senators, Democrat Mark Begich and Republican Lisa Murkowski, even championed a Canadian pipeline in Nebraska far from Juneau. But Alaska is a petro state entirely dependent on income from BP, Exxon Mobile and ConocoPhillips. Many consider it to be the most corrupt state in the union after Louisiana and Texas.

How we got here

Like most heated battles, the Keystone monologues singularly omitted America's energy follies. Vaclav Smil, an energy analyst at the University of Manitoba, blames U.S. dependency on foreign oil to cumulative stupidity. "Its real problems are wasteful private energy use and the near-total absence of effective, down-to-earth, long-term policies."

Moreover Smil says its excessive oil spending is largely due to "an inefficient automotive fleet, the virtual absence of diesel-powered cars, and the complete absence of modern high-velocity trains." (Big Oil, I might add, actively encouraged this inactivity and waste.)

America, which imports more than 25 per cent of its energy (11 million barrels a day), has now exported $2 trillion for its energy indulgences over the past decade. Adds Smil: The country "faces the choice of curbing its energy appetite with deliberation, commitment, and foresight, or waiting for the unraveling economy to put it on a painful crash diet."

But Americans debated Keystone instead.

Not surprisingly, many greens called the pipeline a "fuse to North America's biggest carbon bomb." Well, it's an ugly bomb alright but it's not the largest. Vaclav Smil estimates that the pipeline's annual throughput of 250 million barrels a year would contribute 18 million tonnes of greenhouse gases to the atmosphere. That's equal to about two weeks worth of China's industrial emissions.

But the greens are right to identify extreme oil as a metaphor for lost opportunities and dead ends. The $200-billion oil sands Titanic is all about extending the shelf life of oil and recklessly investing in climate uncertainty. Increased bitumen production will delay an energy transition by recapitalizing the world's most powerful companies. None have any interest in releasing the world from its costly petroleum servitude.

The environmental campaign also highlighted the centrist and lackluster nature of Obama's presidency. Greens make up a sizeable chunk of the president's support and they used the pipeline to push for energy reforms during an election year. They played smart politics.

For their efforts, they got one big stalemate and no change. The United States needs radical leadership to overcome its growing income inequalities; its stagnating economy; its destructive energy practices and the country's "winner take all" politics (the one per cent against the rest). But Obama remains as he began: a charming fence sitter. On Keystone he merely postponed, delayed and deferred.

In the end the pipeline's political rupture provides some sobering lessons. Bitumen is conflict oil. Pipelines aren't about jobs or security but about making money. Energy security can't come from the end of a corporate pipe. It's about using what you have more rationally and going on a diet.

The U.S., the world's first dysfunctional petro state, has no energy policy other than consumption. But Big Oil won't have it any other way. Like Saudi Arabia, U.S. politicians remain captive to oil interests. The Republicans have become Wahhabis. Moreover the country's one per centers solidly equate the production of extreme oil and shale gas with liberty. This strange petroleum libertarianism could unhinge the republic.

Canada, a Saudi-wannabe, claims no energy policy other than liquidation. To many Americans the country has now become another spokesman for Big Oil and lies like hell. The right-wing petro state even put an energy illiterate investment banker in charge of its natural resources.

Meanwhile, greens still think that they can stop Big Oil without first having an open conversation with oil's highly distracted consumers. When the greens eventually focus on consumption instead of production and recognize the limits of renewables, they'll become truly dangerous to the status quo.

In the end, the XL pipeline promised to deliver an equivalent of about six per cent of U.S. crude oil consumption. Thanks to the Great Stagnation and the Bakken shale oil play, it's oil the U.S. can easily do without.

But if eventually constructed, the pipeline might give OPEC and other oil exporters incredible leverage in oil markets says Denver-based oil economist Philip Verleger. They could flood the Gulf Coast with crude, drive down prices "thus transferring significant sums to refining profits and quite probably slowing exploration and development efforts in North America and the world. Will oil-exporting countries take advantage of the opportunity?"

Another kick at the pipeline

TransCanada says it will apply again in 2013 with a different pipeline route. For oil-sand developers, Keystone XL still remains Plan A to get bitumen to foreign markets. It's not as cheap as moving bitumen to the Canada's West Coast but it comes with fewer risks.

Most senior executives in the oil patch quietly admit that Enbridge Gateway project (Plan B) will never be built. The local opposition against this desperate pro-China folly is much stronger and just as committed as that against Keystone XL.

In fact, the path closed long ago due to ineptness and hubris as well as a ruthless disregard for the power of salmon, whales and First Nations.

It's deader than Keystone.