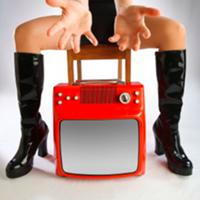 While performers like Lara had fallen through the filter at AIM, it had been the only and most-effective way of tracking the sexual activity and illnesses of performers. AIM went bankrupt and closed its doors in May, so in order to shoot a film in L.A., a performer must go to any clinic that administers HIV tests every month, and bring their results to the director on set, before they are supposed to shoot. Adult performers' sexual activity on set is no longer officially tracked, and there have been accusations that some performers have falsified test results when another HIV outbreak occurred this summer.

Provinces have strict work safety regulations for people working in dangerous fields, as well as those working in offices. The U.S. also has these regulations enforced by a federal organization called OSHA, but because the majority of adult actors and actresses are not on stable contracts and are considered independent contractors, they are not covered by the most basic laws the rest of us are while we sit at our desks.

If federal governments in both the U.S. and Canada are not willing to mandate pornography as a legitimate form of work that must be covered by organizations like OSHA or WorkSafe, the adult industry will continue to bend the rules or outright break them in cases of health safety. The industry has tried to self-regulate and it clearly doesn't work, as the bottom line drives everything, and even more boundaries will be tested and violated in an attempt to have the most "extreme" films. In 2000, there were three major heterosexual adult-film production companies that required condom use for every single one of its scenes.