As we enter the new year, the prospects for defeating the Harper government in 2015 seem uncertain at best. And yet if those who care about the country were musing over a new year's resolution, that would be it, a dedication to this single overarching purpose. Even if Harper is soundly defeated in the next election, it will take a decade to reverse the damage he has already done. If he wins a second majority, it will take a generation or more. 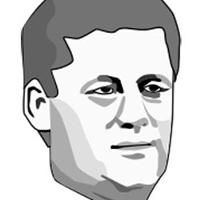 When Harper Says 'Simply Not True'... Is It?

There is a deep malaise in Canadian democracy rooted, it seems, in a profound alienation from politics and radically lowered expectations of what is possible from government. Much of this is the result of a deliberate strategy of voter-suppression employed by the Conservatives, a strategy of making politics so offensive and good government so unimaginable that millions of people simply tune out, as if it has nothing to do with them.

For those who thought that this was a temporary attitude of the Harper anti-government, that there would be more civility with a Conservative majority, the evidence is in. This is a permanent strategy to keep the party in power. It will not diminish with time or with the advancement of the Harper agenda. This was never about Harper being frustrated with his minority status. It is about who the man is, a malignant political rogue, contemptuous of his own country. It is about what his agenda has always been -- a right-wing libertarian remaking of the nation.

That this is an extraordinary, indeed unprecedented situation facing our democracy can scarcely be doubted, and many commentators normally supportive of the status-quo (like Jeffrey Simpson of the Globe and Mail) have identified pieces of the picture, denouncing Harper for particular policies, or outrages against democracy and the rule of law. Yet the true magnitude of the crisis we face is rarely declared. Until we begin to see the country -- and talk about it -- as if it has been occupied by a foreign power, we will not create the political atmosphere needed to save the nation.

So far, we aren't even close to achieving this political framing of the task ahead. While it is true that there is a strong push for proportional representation -- which would have prevented a Harper majority from happening -- it is a long way off, given that neither the Liberals nor the Conservatives support it. In the meantime, politics as usual is still being practiced by the main opposition parties. The NDP and the Liberals are still playing the game whose rules allowed Harper to gain the power he has. Blind to the deadly threat to the civilized nation built by several generations of Canadians, these two parties still behave and plan as if they are in a simple competition for seats in a normally functioning Parliament.

Yet with the election of Stephen Harper, everything changed. No prime minister in Canadian history has come to power with such a ruthless determination to implement an agenda so at odds with the interests of the country and the values of its citizens. This involves not just a set of policies aimed at eliminating the social and economic role of the federal government. It includes, on a parallel course, a determination to change the political culture of the country to one that either supports or acquiesces to that policy agenda. (The Governor General's Christmas message was about volunteerism and philanthropy, Harper's long-term replacement for the state.) Working in tandem, these two political streams, if allowed to proceed for any length of time, could effectively change the country permanently -- or at least for all currently living generations. Harper aims for nothing less.

If the NDP and the Liberals continue to do politics as usual, as if Harper is just another political adversary in a normally-functioning system, Harper is almost certain to win again. His voter suppression tactics, permanent campaigning, financial advantage, vicious attack ads against opposition party leaders, and the care and feeding of his loyal base will again give him at least a minority and likely (given redistribution) another majority.

Canadians, whether they are party members or not, must force these two myopic political parties, both trapped in an old paradigm, to recognize the new reality and put the country ahead of their own narrow interests. They must find a way of cooperating in the next election -- along with the Green Party, which is already on side -- to rid the country of this quasi-dictator. But they won't do it on their own. Ordinary citizens will have to convince them.

Bob Rae of the Liberals is hard at work trying to convince himself and his party that they are back on the road to becoming the natural governing party. But this is sheer delusion. One more victory for the Harper Conservatives and the Liberal Party will fade from the national scene, joining the Socreds in history's dustbin. He avoids the issue of cooperation with the other opposition parties by setting up a straw man: the idea of a merger between the NDP and the Liberals. That is simply never going to happen; Rae knows it, and thus continues to flog this particular dead horse so that he doesn't have to consider practical proposals.

As for the NDP leadership contenders, only Nathan Cullen seems to understand the new political dynamic in the country, telling the Georgia Straight newspaper that Harper is a "clear and present danger to this country." His proposal is an interesting one. He wants his own party to allow its riding associations in Conservative-held ridings to hold joint nominating meetings with the Greens and Liberals. Whichever standard bearer wins the nomination, their party runs against the Conservatives while the other two agree not to run candidates. The assumption is that enough voters will be concerned enough about another Conservative victory that they will cast ballots for the opposition party even if they would not normally do so.

Cullen's plan is not the only possibility, and it may be too much to expect from the inward-looking institutions that political parties have become. He says he was inspired by Vision Vancouver. That's the centrist civic party which has won two landslide victories by attracting Greens, Liberals and NDPers -- defeating the right-wing business party that governed the city for decades. The argument is pretty simple: provide a mechanism to unite those who support the Canada we want, and those who wish it gone will be defeated.

Some of Cullen's other policy suggestions, like a referendum on the monarchy, undermine his credibility. He is unlikely to win the leadership. But his belief that the NDP must put the country ahead of its potential seat count is an important contribution to the leadership debate and the political debate in general.

Political parties being what they are, it is unlikely that such a major shift will come exclusively from their own membership. But if enough Canadians concerned about the rapid devolution of their country and its democracy pressure both these parties -- or join them to do so -- anything is possible. A movement to demand such cooperation, and a commitment to proportional representation as part of it, may be the only thing that can save the country. The time for that movement is upon us. If we wait until 2014, it will be too late.